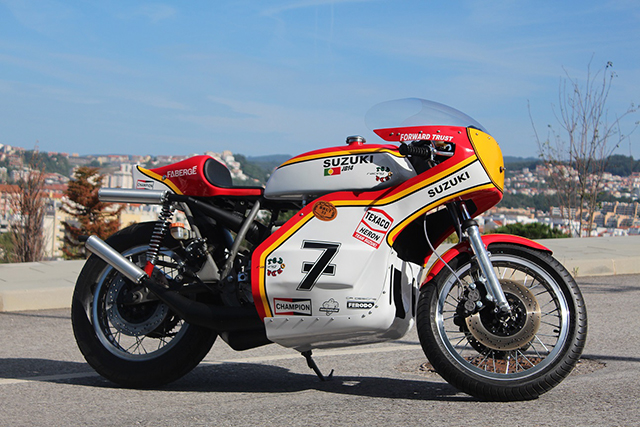 Being a self confessed fan of full fairings on vintage bikes and also a huge fan of the legendary Barry Sheene, this Suzuki TR750 was always going to resonate with me on many levels. It’s hard to believe that it has been over 10 years since the world of racing lost Barry Sheene. This stunning tribute bike has been built by a small shop in Portugal called Redonda. They specialize in building race bikes for the road, off-road and are also developing some interesting electric bikes. JP Barranca is the head honcho at Redonda and has had long career in the motorcycle industry. JP has a passion for all motorbikes but has a particular soft spot for vintage two strokes. 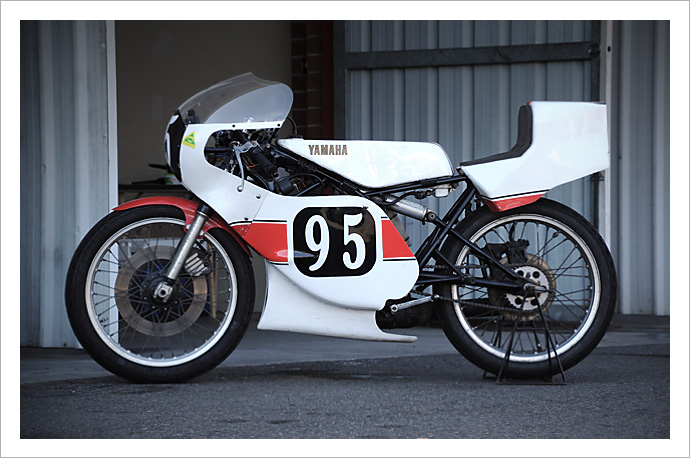 Barry Sheene, in case you were born yesterday or have spent all your life in a Shaker community, is a World Champion Grand Prix motorcycle road racer. Yes yes, I know. Sure, he was a Pommie; but don’t let that put you off. He was sensible enough to move to Australia in the late 80s and we accepted him with open arms – knowing full well that here was a man that was a legend in his own lifetime. Throughout most of the 70s and the first half of the 80s, Sheene reigned supreme as a Grand Prix master par excellence, challenged only by the American Kenny Roberts. Indeed, their battle at the 1979 British Grand Prix is the stuff of legends and is oft-sited as one of the best motorcycle races of modern times.