Back in 1954 Bell founder Roy Richter formed his first helmet out of fiberglass and named it the “500”. That humble helmet was to change the entire modern motorsport helmet industry. Bell’s 2010 Custom 500 range pays homage to these original classics, although luckily now they are designed with loads more protective technology. The ‘500’ range are some of the coolest lids we have seen since the Steve McQueen replica that Bell released last year, and unlike the Biltwell helmets these are DOT-compliant. Most of the designs are limited editions and can be purchased through The Bell Store which post worldwide. The ‘Bloodshot Eye’ design in particular looks like it was inspired by legendary skateboard and rock poster artist Jim Phillips. Check out his amazing range of work if you appreciate this style of illustration.

Everyone seems to be riding on the Steve McQueen gravy train these days. Why wouldn’t they, his name sells better than sex does. Now Bell have released a replica of the helmet worn by the US Team in the 1964 ISDT (International Six-Day Trial) and the most famous member of this team was ‘The King of Cool’. These classic Jet helmets are individually hand painted to order which explains the price tag of over $A600 (which is still a lot cheaper than a Ruby Atelier). They can be purchased through the english store Grand Prix Legends. 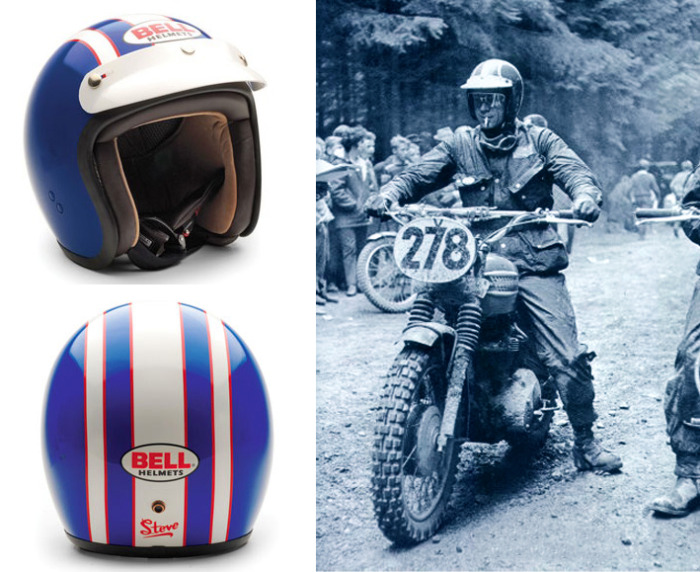