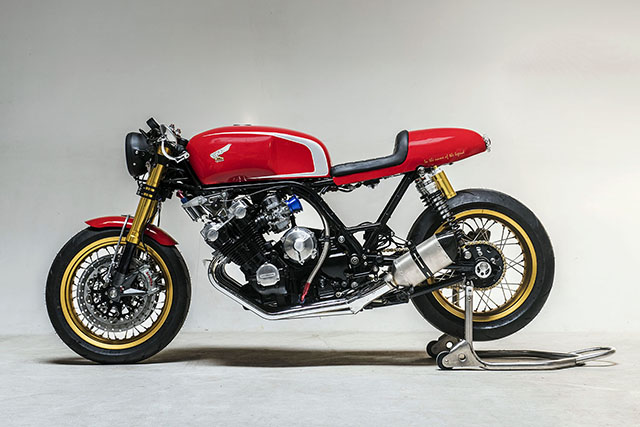 For those who are ahead of their time there must be a desperate frustration, often a deep depression, as the world around them fails to see the brilliance of their creation. In the late ’70s Honda moved one such man, engineer Shoichiro Irimajiri, from the head of F1 engine development to the motorcycle division and two of his creations were the CX500 and the CBX1000. The ugly commuter bike sold like hotcakes, while the revolutionary six ended up being given away to trade schools. But oh how times have changed; so when a man with an enviable collection of cars and bikes approached China’s Mandrill Garage wanting only the most desirable of builds, they quickly selected the singing six-cylinder Honda CBX.

The Honda CBX1000 was the first motorcycle Honda produced with a six cylinder engine. This one is a Moto Martin CBX. Can’t find much information about the bike but I know Moto Martin are legends in the performance motor bike industry. The French company started by George Martin in the 70’s. They constructed special frames for powerful Japanese engines, 2 stroke and four stroke. There were generally several different kits. You could choose the system of exhaust or only the type of frame plus lots of other options. Anyway we rate this Moto Martin and love the look of those sexy CBX pipes. 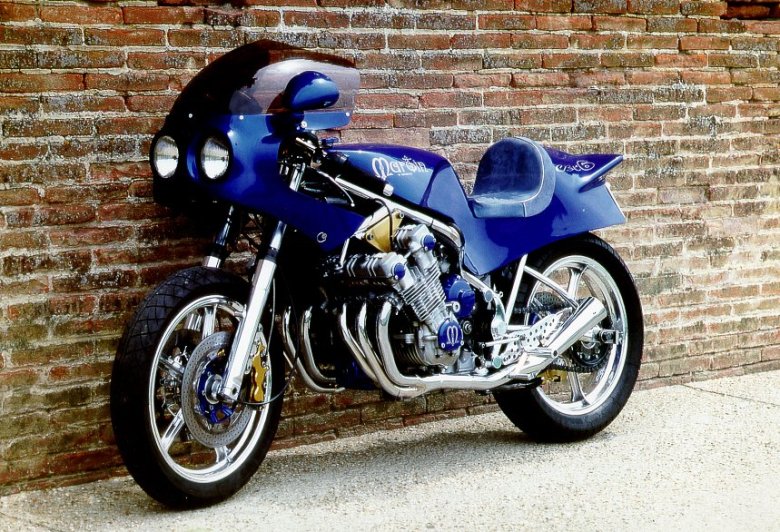