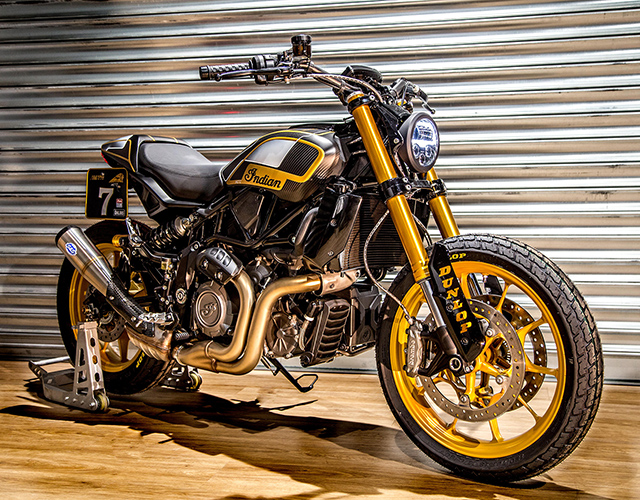 It was June 2016 when multi-time American Flat Track Champion Jared Mees announced he would join Indian as they returned to the series for a full factory tilt at the title. The signing left no doubt that the company was serious about winning, this was no marketing exercise; but little did we know at the time that in parallel to the development of the race bike, work had commenced on a road-going version. Now three years on and people the world over are getting their hands on the FTR 1200 and France’s Thomas Castany of Indian Metz has given this S model the custom treatment dubbing her ‘Over Light’.