Gambalunga in Italian means “long leg”, and this was the name given to this absolutely stunning Moto Guzzi single-cylinder racing motorcycle built from 1946 to 1951. The name derives fom the engine’s long stroke. The Gambalunga 500cc was one of the special racing models such as the Dondolino, the Condor and Albatros that were being developed for private riders. As the technological evolution continued these bikes were getting faster and faster. In it’s day the Gambalunga was synonymous with on-track domination, power and speed. More recently Luciano Marabese, the Moto Guzzi V11’s designer said he based the bike’s streamlined tailpiece on the Gambalunga single of the Fifties. Whatever the case, this bike is one Italian masterpiece that is worth a small fortune. Unfortunately you want find many on ebay, although one did just sell for over $100,000 at the Bonhams Sunset Boulevard auction in LA. 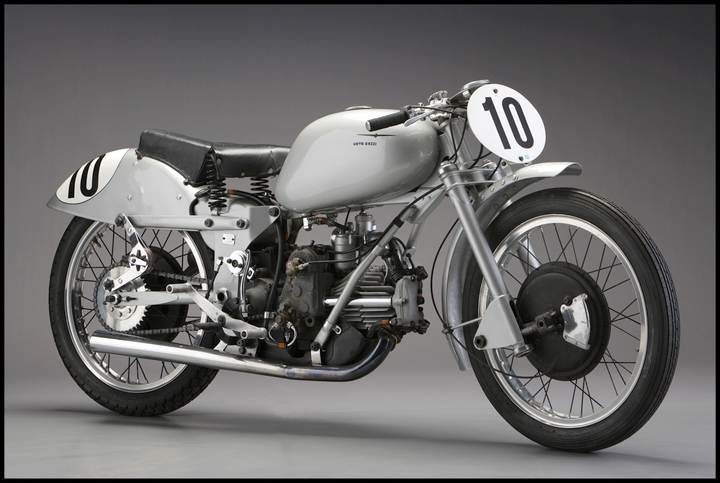