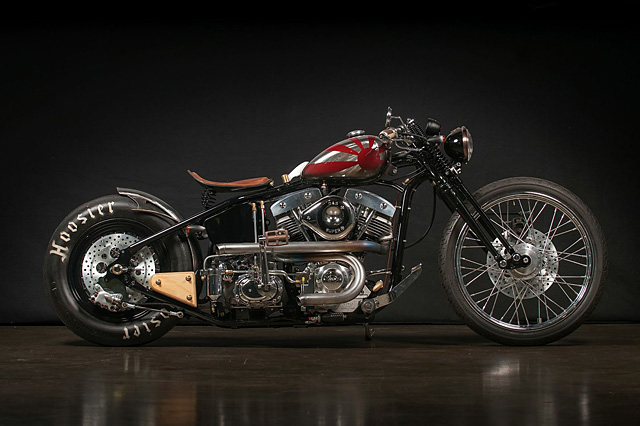 There are many ways to start the build of a custom motorcycle; owning a bike that’s just begging to be modified, scoring a wreck and restoring it to your own style or sitting down with pen and paper to design like you’re Tamburini. But Carl Cerra threw convention out the window and started his build with just one item, a rear tire and from there he built a custom masterpiece.

Carl is the lead designer at Gasolina in Melbourne Australia and as he describes it “I bought the Hoosier tire first and said I wanted to build a bike around it just because I like the Hoosier font!” With a rear tire picked out Carl needed a frame to mate it too and with a love of the work of Shinya Kimura, “He is the master of proportion and can make something odd look awesome”, Carl entered into negotiations with Zero Engineering to secure one of their incredible frames. With the Zero frame on the stand, the Japanese theme just made perfect sense and the name Sub Zero was born.