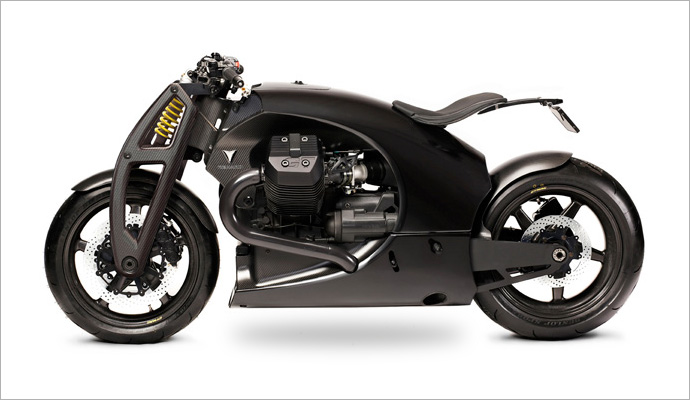 I was trawling through the threads on Yay Hooray the other night and found the image above posted in between animated gifs of kids being hurt and photoshop jobs of fathers and sons with their faces swapped. I was blown away by the look of the bike about as much as I was by the fact that I didn’t have a clue what it was or where it came from.

Turns out it’s by an Estonian company called Renard that has a history dating back to before the Second World War. Their factory was destroyed in 1944 by Soviet bombers and the brand has lain dormant ever since. In 2008 it was revived, and what you see here is their first production model – the Grand Tourer. The first sales are planned for next year.