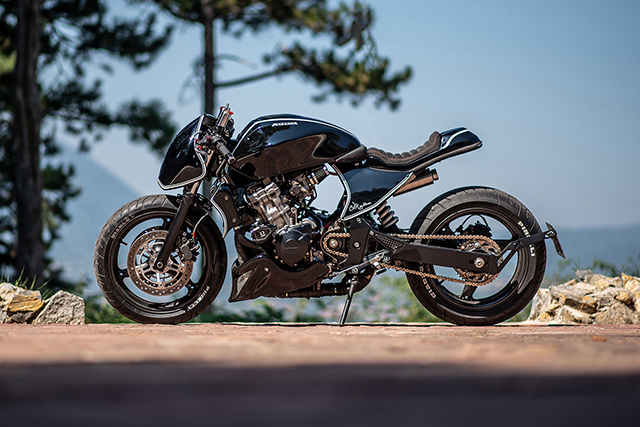 The popularity of certain models in the custom bike industry often makes total sense and at other times boggles the mind. Entire subcultures with a supporting aftermarket can grow around one particular bike while its direct competitors from other manufacturers are all but forgotten. But away from the scene’s strongholds and isolated from peer pressure, Bulgaria’s Ivan Mushev chose a model we’ve only featured twice in Pipeburn’s ten years. Taking a Honda Hornet 600 and turning it into a cafe-fighter that’s a rolling promotion for his newly formed outfit Bull Moto Custom.