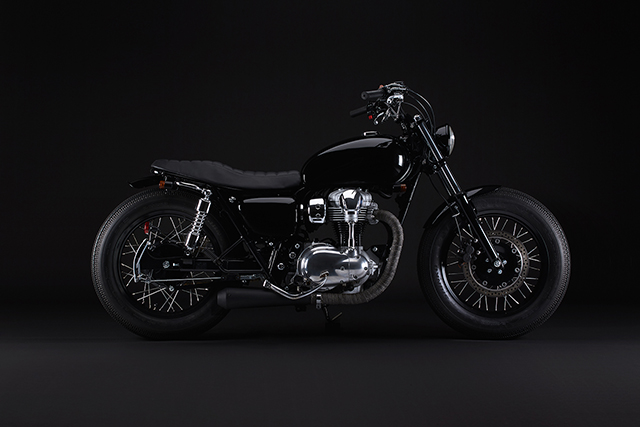 The last time we caught up with Kiwi Mike Andrews he’d finished building his epic Honda Muscle Racer and after its Pipeburn feature he was looking forward to clocking up the miles before retiring the bike to his living room. But life has a way of turning the rudder for us and sending us on a path totally planned. For Mike that meant the sale of his beloved creation and major surgery, but always setting an example for his boys he’s back with another blacked out custom creation. Now working under the name Bonnievill he’s turned out a sleek and slick 2011 Kawasaki W800 to get him back on the road in style.