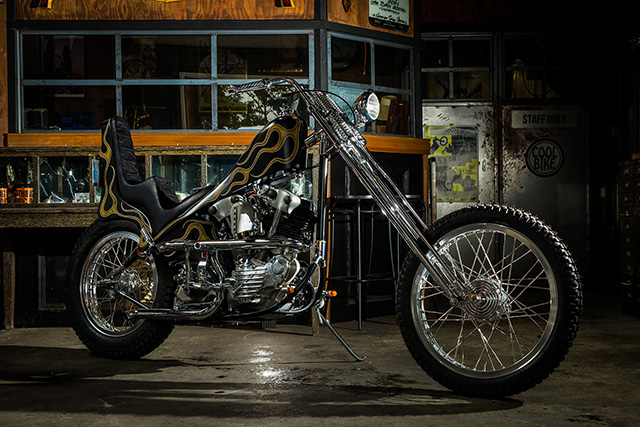 The last time we visited the rural village of Hino in the Shiga Prefecture of Japan we brought to you Custom Works ZON’s incredible American V-Twin mud muncher that’s been ripping it up in the Suzuka Mountain Range. At the time we teased that while Yuichi San had recently done some work for BMW his bread and butter was cool as can be old school choppers. Returning to his shop, that is a step back in time to custom Harley craftsmen of old, we find his latest creation. A stunning 1947 Knucklehead Chopper with all the fruit for both King and Queen.

Bling’s Cycles in New Jersey recently built this 1941 Harley Davidson. It was built by and for the owner of Bling’s, Bill Dodge. Bill is no newcomer to the scene, building bikes since he was sixteen and working for a reputable shop in Long Beach for 8 years. Bill builds bikes that are clean, fast, functional and simple like this bike aptly named the Nickle Knuckle after its 74 Cubic inch KnuckleHead engine. The bike is like a cross between a bobber and a dirt tracker, looking at the specs we can see why. The front end is Harley Davidson Narrow Glide, the gas tank is from an old Indian dirt bike, oil tank from a 1949 Ford Aftermarket, the rear knobby tire is a Metzler 150/70/18 and the front is a Bridgestone 23/3.00 and the beautiful paint job was done by the guys at French Kiss Kustoms. The ultra clean looking chassis is custom made by Bill and he calls it the Bling’s Cycles Choppa Killa. To see more pics of this killer bike check out the Nickle Knuckle gallery. 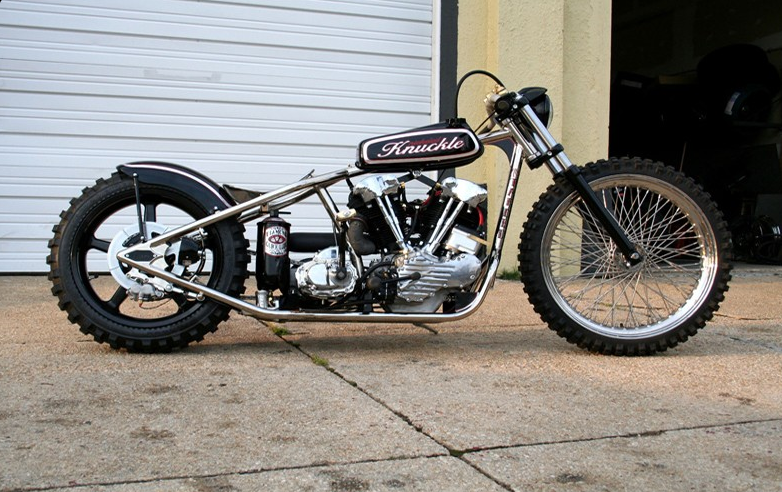 We have been looking at all the winners from the European Championship of Custom Bike building. Most of them are choppers but one classic caught our eye. It is a 1934 Harley Davidson Knucklehead that has been totally rebuilt by a German shop called Classic Bikes (doesn’t sound very German). We love how they have kept the heart and soul of this classic. For more pics and details click here.