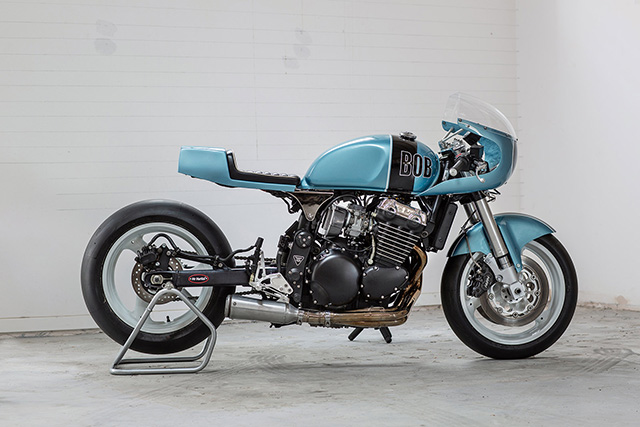 Produced from 1998 to 2001, Triumph’s Legend TT is basically a more affordable, less flashy version of the Thunderbird 900. The running gear and amenities are pretty unremarkable, but it features the Hinckley firm’s famous three-banger and a decent enough frame. So with a few performance parts and a cosmetic redesign, Nicola Martini of Italy’s Mr. Martini fame, reasoned it’d make for a solid base for his next project bike. So a 2001 Legend TT donor was sourced, and the build — dubbed “Bob” — got underway.