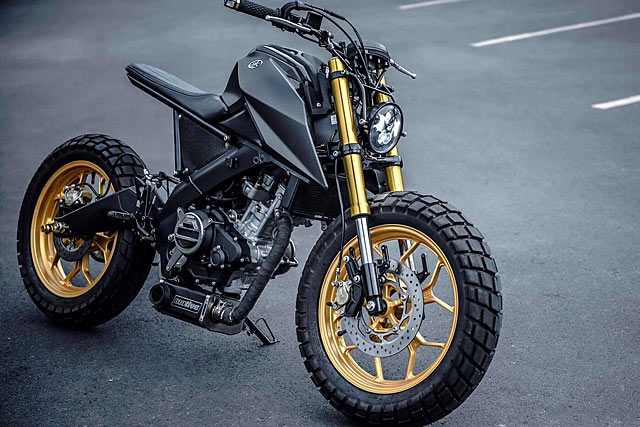 For those not in the know, Yamaha’s ‘M-Slaz’ is a naked version of its popular YZF-R15 single cylinder sports bike first launched in Asia and India in 2008. And yes, we had to look that up. As reliable as it is underwhelming, it’s a bike that in normal guise most of us would instantly overlook in favour of an MT or XSR. But when they just aren’t on the menu, how do you take what’s available locally and turn it into something you’d die to ride? This is how. Here’s Thailand’s K-Speed with their Yamaha ‘Monkey Slaz’ Tracker.