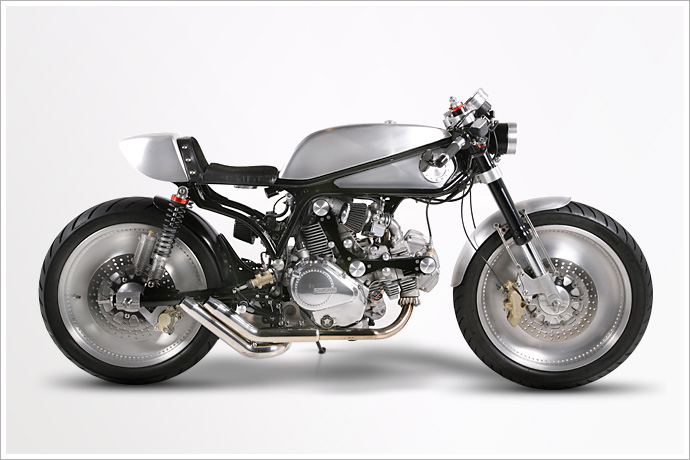 Hot on the heels of their recent AMD-winning Moto Guzzi Nuovo Falcone comes another killer bike from County Cork’s Medaza Cycles. This time, Medaza front man Don Cronin has shifted his welding goggle gaze away from the metal of Mandello del Lario and towards the more southerly Italian town of Bologna and their Ducati Motor Holdings S.p.A. The result is this Pantah that has definitely had all traces of the plastic fantastic 80s removed from it and duly replaced with more cool than should legally be allowed for a single motorbike. We Ducafé – do you Ducafé too? 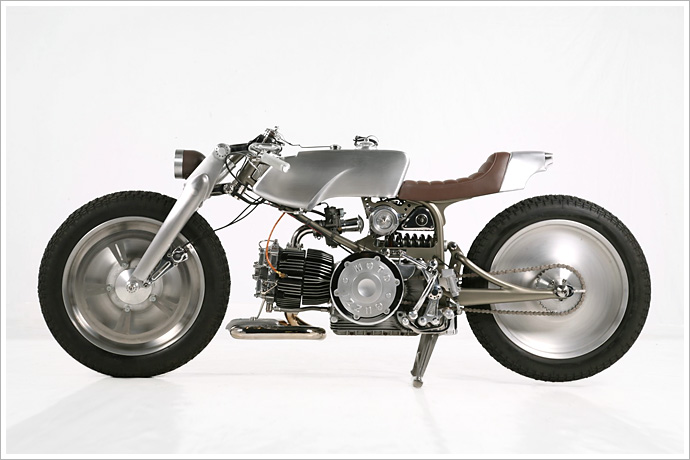 The AMD World Championship of Custom Bike Building has some pretty big boots to fill. After all, putting the words ‘World Championship’ in your name doesn’t let you do anything by half measures. They have to throw a net over the entire custom bike scene in order to live up to the expectations. Sometimes this means they can uncover some real gems, but it also means that they do tend to get their fair share of choppers, ape hangers, and billet. Not that there’s anything wrong with that. But this year, they’ve really taken it to a new level. All the bikes placed in the top three slots are rides we’d be more than happy to have in our garage. And the winner? Well, it’s a bike that we’d tear down our old garage for and build a new one just to do it justice. That bike is a Moto Guzzi single mounted in a one-off frame called ‘Rondine’.