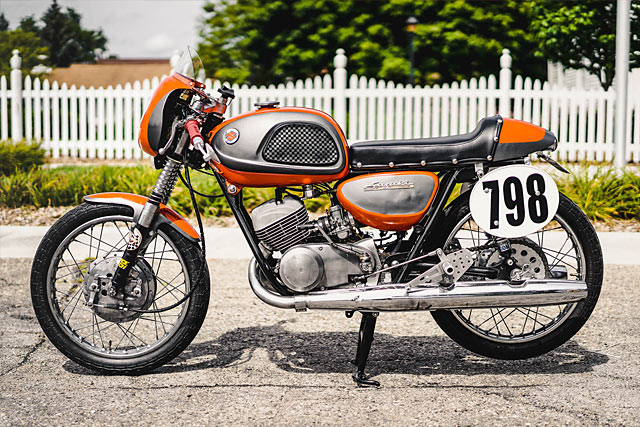 Ralph Spencer from Southfield, Michigan, USA, clearly knows the sort of bikes that get him going and he builds brilliant Suzuki smokers for both race and road. But his latest Spencer Motoworks creation is both AHRMA GP250 eligible and licensed to rip you up on the roads at the traffic light Grand Prix… 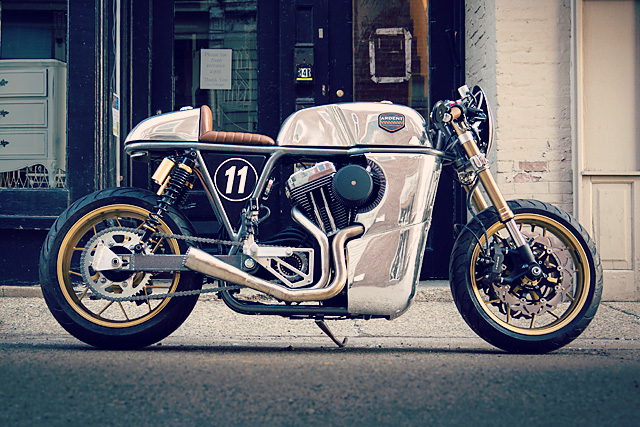 A Renaissance man can do it all, and Curtis Miller from Ardent Motorcycles in Milford, Michigan is practically Da Vinci with a thumping V-Twin between his legs. Forget about riding bikes as a kid, Curtis didn’t own a motorcycle until he was 56 years old but once he’d thrown his leg over a Harley Sportster and hit the road he was hooked and began to discover a new art form. Which is exactly what he has always done, a holder of a Bachelor of Fine Arts he’s been self-employed his whole life, first building furniture, then as a computer animator and a photographer but along the way he’s also built everything from classical guitars to a wooden kayak and even radio controlled gliders. So when the motorcycle bug hit it was only a matter of time before Curtis was building them from scratch and this hand-built machine known as “The Grand Prix” powered by a 2009 Sportster engine is his latest creation.