‘The Delivery’ by Old Empire Motorcycles

A few months back we featured Old Empire Motorcycles stunning Royal Enfield Bullet which received much praise from you guys. This time they have sent us a little film they made about delivering a Honda CB250 Superdream they call ‘The Hunter’ to one of their friends and customers. The journey starts in Suffolk, England – where their workshop is based – and then follows them as they travel over 1000 miles, eventually arriving in the south of France and surprising their friend.

Apart from the fact it has been shot well and has an engaging story, the thing I love is the honesty of the video. The fact that they left in the ‘uncool’ bits, like not being able to do up the helmet properly (which I’m guessing was given to them by Ruby for the film). Plus also showing the bike breaking down on its first ride – which is completely normal but they could have easily left it out. I’m glad they didn’t. Everyone loves a road trip, and this little film has made me want to go on one, real bad. 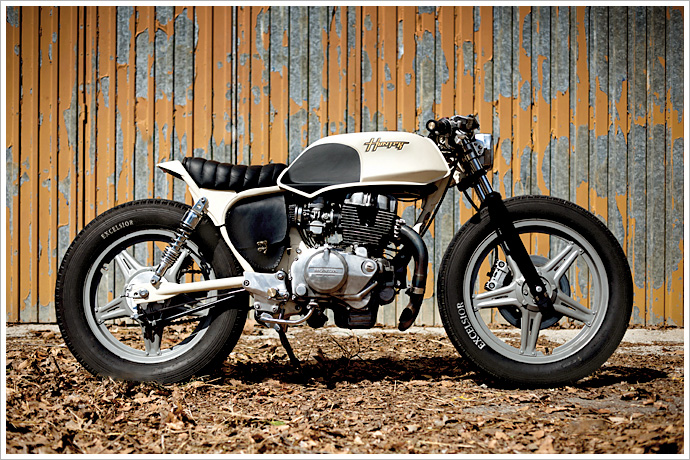 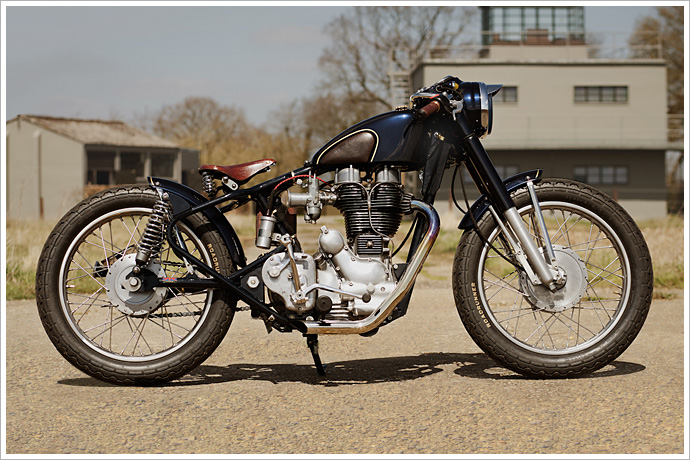 Here’s a little piece of motorcycling trivia for you. Do you know why riders in the ’40s and ’50s ended up wearing flying jackets and aviator goggles? Give up? It’s because many of the English and American guys who’d flown planes in WWII took up motorcycling as something to do after the war was over. It not only put a little thrill into their comparatively dull civilian lives, but forming clubs that met and rode regularly was a good way to stay in touch with airforce buddies. So in many ways, the biking culture that we all enjoy today was a product of bored flyboys. And what better way to acknowledge this than to build a bike that’s a lot more khaki canteen than it is café. Here’s the ‘Fox’, Old Empire Motorcycles’ latest build.