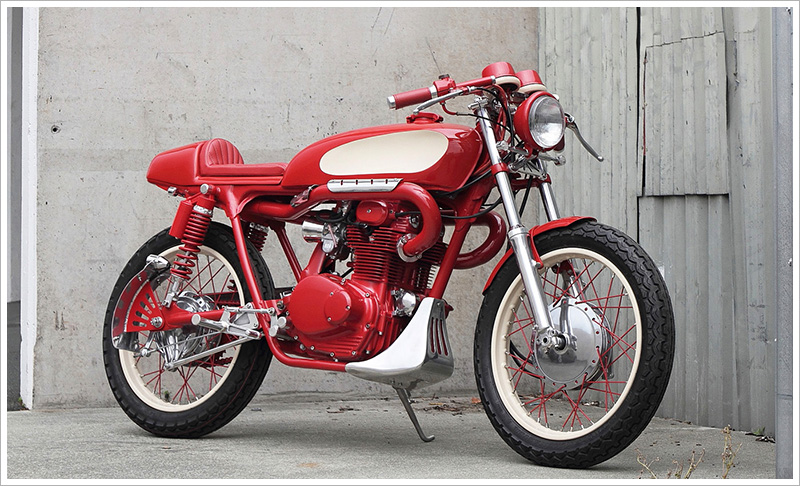 If Santa Claus was to ever ditch the reindeers and sleigh, we could definitely see the old guy riding this stunning little red CB350. Aptly named ‘The Red Rocker’, this bike was built by The Pacific Motorcycle Co. who are based in the city of Nelson on New Zealand’s picturesque South Island. The “Red Rocker” was an idea owner Ron Smith had for some time, as an old battered 1974 Honda CB350 twin had been sitting in the shop for a few months after being given it by one of their customers. As the story goes, one of their customers had broken down on the old black CB about an hour from Nelson. He called Ron and said, “I’ve left it there, she’s given up! If you want to collect her, she’s yours!”

There have obviously been numerous CB350 café racer builds over the years but the guys at Pacific wanted to make sure this one was unique. “Ron didn’t want people sighing at the sight of another one, so this HAD to be different!” says Alan. “It had to be red, so that was to be the main canvas of the project. The other inspiration was the 1950’s Corvette with its distinctive scallops in the wing and doors.” So with a very rough photoshop draught in hand, they got to work.