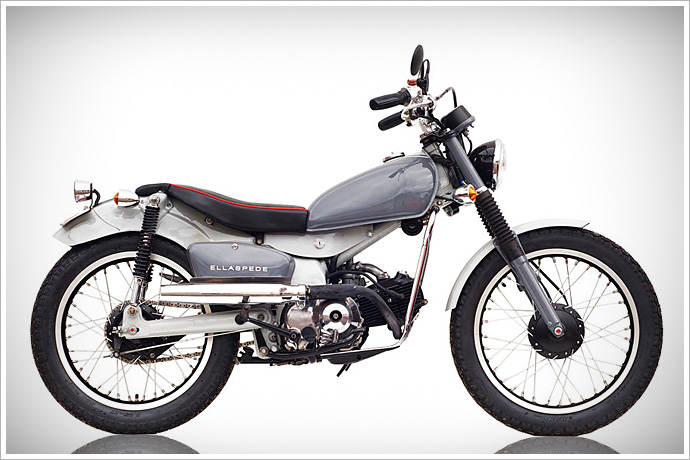 Christmas, 1982. Piallaway Road, Currabubula, North Eastern New South Wales. It’s a warm Saturday afternoon and I’ve decided in all my 11 year-old wisdom that I’m going to ride a motorbike as fast as it will go on a deserted public road with a complete lack of skills, safety gear, licence or fear of death. As the bike tears through the summer air I soon realise that the wind blast means that I can’t keep my eyes open, but the speed I’m travelling at means I can’t shut them either. I settle on a eyes-wide-shut squint. They begin to water profusely, which not only decreases my already limited vision to something now resembling being underwater, but has the added effect of creating copious amounts of tears which are almost instantly blown back into the hair above my ears. Still I fight on until I realise that the bike has no more left to give. The roar of wind in my ears is deafening, but within seconds it dies away as I back off and roll to a stop in the middle of nowhere, grinning like an idiot in almost complete silence. Well, technically speaking I probably WAS an idiot – a phrase which would be repeated many times over the next hour by my angry parents. Thinking back, that was the exact point I fell in love with motorbikes. The bike I was on? The Honda CT 110 “Postie”.