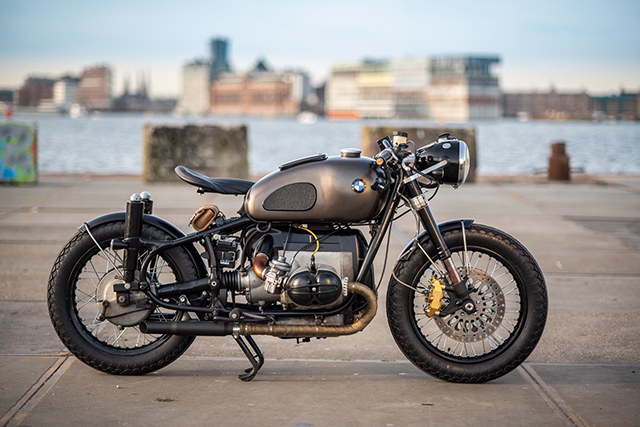 After looking for an appropriate donor for his BMW project for over a year, Marc from Haseth Motorcycles in Amsterdam finally found a 1967 R60/2 with a 1973 R90 engine conversion for sale in Rotterdam, The Netherlands. The owner, an older gentleman who had owned the bike for over 20 years, wasn’t riding it anymore and was ready to let it go. “Keeping in mind that the bike still had a sidecar and was very far from being in pristine or original condition, I felt comfortable modding it,” says Marc – he wanted to make sure he wasn’t partaking in any sacrilegious acts for the BMW purists amongst us. 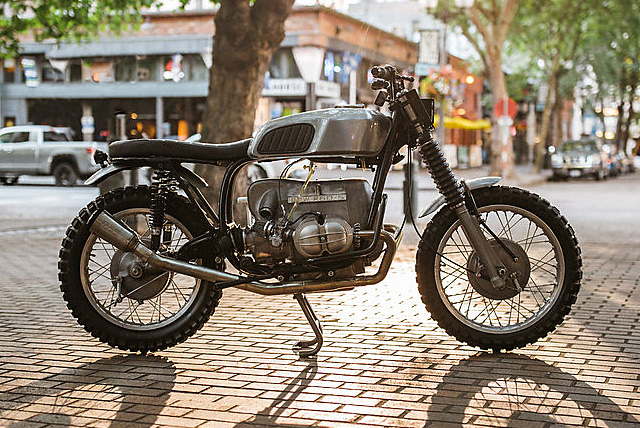 Motorcycles have played an important role in the life of war veterans since the very beginning of the custom culture and many of the greatest builders and trend-setters have seen action. For anyone who hasn’t seen the horrors of war it’s impossible to imagine the process of re-integrating back into society but clearly the therapeutic nature of the build, the creative outlet to express and the freedom of the ride play an important role. For Ryan Gist after serving a decade in the Army and returning from Iraq to a corporate job he needed something else, a food for the soul, bike building and has instantly shown a natural flair! It was while riding the fire-roads of Washington State that an encounter with a blasting banged up airhead inspired Ryan’s love for BMW’s and this sleek 1970 R60/5 Scrambler is the result of his desire to create a rapid go-anywhere machine with the look to match.