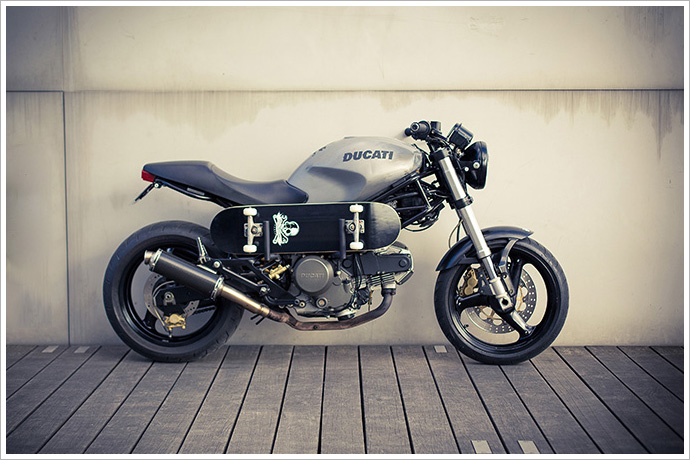 Not all builds need be the equivalent of a heart transplant. Some are constrained by time, others by budget, and then there are those bikes that simply don’t need a complete overhaul to begin with. The team at Rive Gauche Kustoms faced a combination of the latter two recently when their web designer, Marco, handed them the keys to his perfectly serviceable Ducati Monster 600, and not a whole lot of cash.

The Parisian crew have a fine record of street trackers, but this time the remit called for something different, a skate-influenced, pure streeter. So, with modest mechanical work and a slew of custom touches, a motorcycle facelift if you will, they turned out this ‘street trasher’.