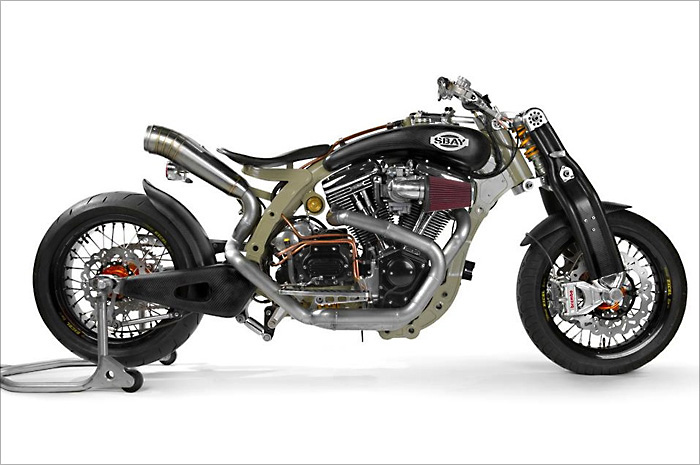 When we first spotted this bike called ‘Jerry’, we thought it looked like the latest offering from Confederate Motorcycles – the large logo on the tank told us otherwise. After some investigating we realised that it was appearing mostly on Spanish motorcycle blogs. Turns out there was a reason for this. ‘Jerry’ is the creation of Spanish bike builder Sergio Bayarri. Sergio is well know for building the ‘Flyer 1800 cafe racer’ which picked up numerous custom bike building awards a few years back. He is the CEO and project engineer at Sbay Motor Company, which is based in south western Spain in a city called Cadiz. They are renowned for building bikes using V-Twin engines of American origin and it looks like they’re back with another ball tearing 1800cc rocket. Although this time they’ve made it a little more practical – if you could say that.