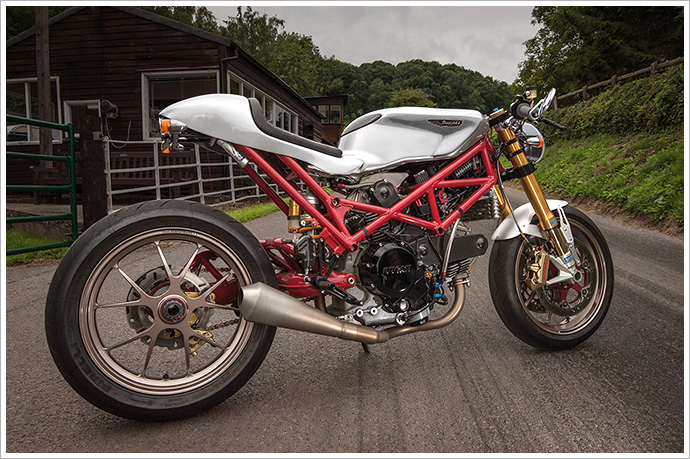 They call them ‘parts bin specials.’ They’re the bikes that have been thrown together from all the leftovers that the other bike builders didn’t need. That old second tank. The spare rear shock. Your mate’s unused set of rims. The very thought of something built this way conjures mental pictures of a franken-bike; something that looks more like the result of a welder gone postal in a bike wreckers than anything that been done with any forethought or planning. But here’s a bike that goes a long way to prove that assumption wrong. So far, in fact, that the results look more like something you hope Ducati would build rather than something they’d run from in fright. Meet engineer John Grainge and his Monster SR2 Café Racer.