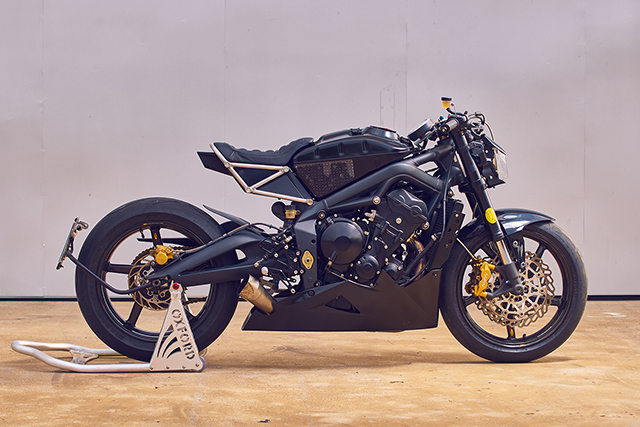 Triumph’s torquey Street Triple offers a ridiculously fun riding experience with gobs of tractable low and mid-range power and character for days. While you’d be hard-pressed to argue the merit of its performance, the model’s appearance is markedly more decisive. So, Carlos “Xarly” Guzman’s Vintage Addiction Crew set out to revamp the mid-size three-banger under the directive of building something lightweight, compact, fast, stylish, minimalistic, and ridable on a daily basis. 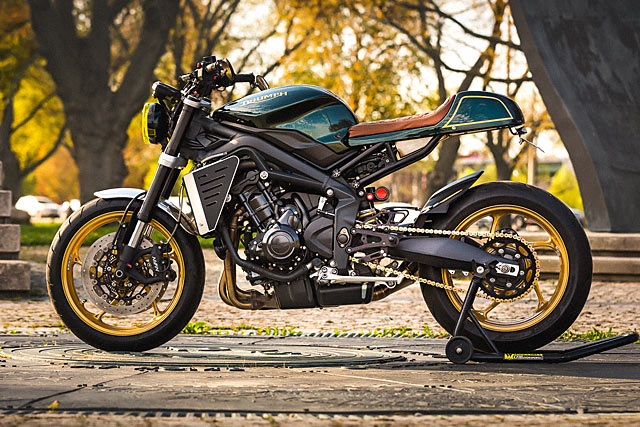 Sportsbikes are all but dead. After bikers realised that riding a litre bike on public roads was akin to straightening that crooked picture in your hallway with the USS Nimitz, the bottom fell out of the global market. And while the more switched-on manufacturers have shifted their eggs to other baskets, it seems that the custom builders are again one step ahead. The recent rise of seriously capable machines with cafe racer influences is undeniable. Finally we’ve realised that fast bikes don’t have to rev to 18 grand and look like a reject robot from a Michael Bay film. And here’s a perfect example, via Rob Chappell from Canada’s Origin8or Custom Cycles. 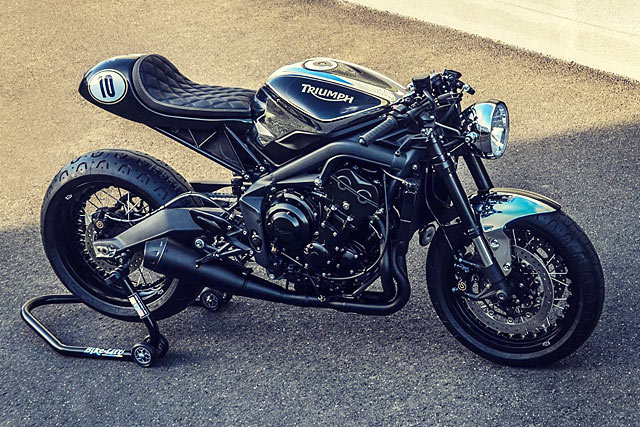