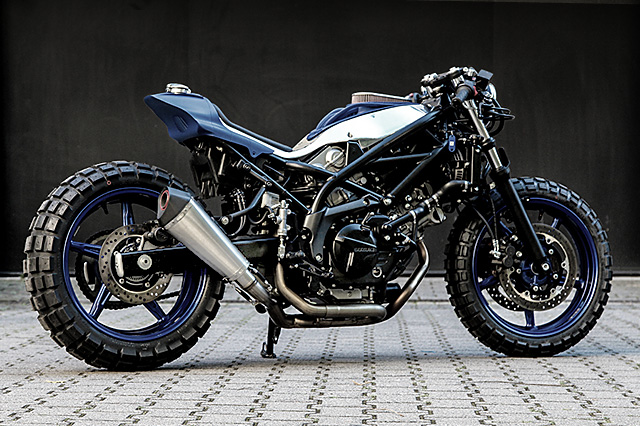 They say there is more than one way to skin a cat, which is both true and also a very disturbing thought when you think about it. But hot on the heels of yesterday’s sensational Radical Guzzi project comes another machine from Germany, also with factory backing and built for exactly the same competition. While it’s essentially a design competition in which members of the public vote online, many of the bikes in Essenza also compete at the Glemseck 101 sprints. The rules are simple. Pure bikes. No Dragsters. Two Wheels. Two Cylinders. A maximum of 1200cc. And while BMW, Triumph, Moto Guzzi and other factories handed over their premium products to builders for the competition, Suzuki Germany chose to give a new entry-level SV650 to the one and only Rolf Reick of Krautmotors. This is what he delivered; it’s a two-in-one machine he calls the “Little Bastard”.