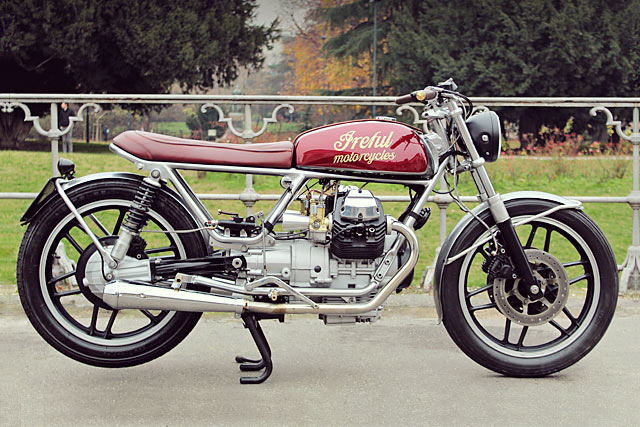 When you’ve plied your trade in the paddock of the Italian Superbike Championship you’d expect your garage would house one of the litre bikes that call the grid home. From the glorious Ducati Panigale to the technology tour de force that is the new Yamaha R1 there is no shortage of choice. But for 25-year-old Dario Denichilo of Milan, Italy, he’s gone in the complete opposite direction. A Moto Guzzi fan he chose to ignore their modern stable of steeds that start at a minimum of 750cc and 200kg in weight and instead chose the little Guzzi that could. But after an accident on his 1983 Moto Guzzi V35 he decided not only to keep the ugly duckling of the marque but transform it into the custom creation laid out before your eyes as the very first build of his new venture, Ireful Motorcycles. 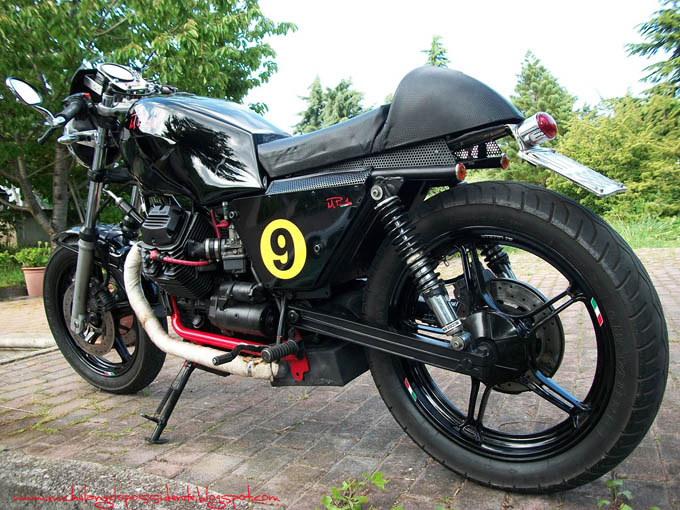 The Italian owner of this Moto Guzzi café racer Michelangelo Possidente turned 18 a few months ago and had to decide on his first motorbike. “I had to choose whether to buy a Japanese bike or a power limited Guzzi V35 III, I decided to buy the V35 III and build a unique bike!” Michelangelo explains. This Guzzi is his first ‘creation’, and he goes into detail about what he has done to this V35.