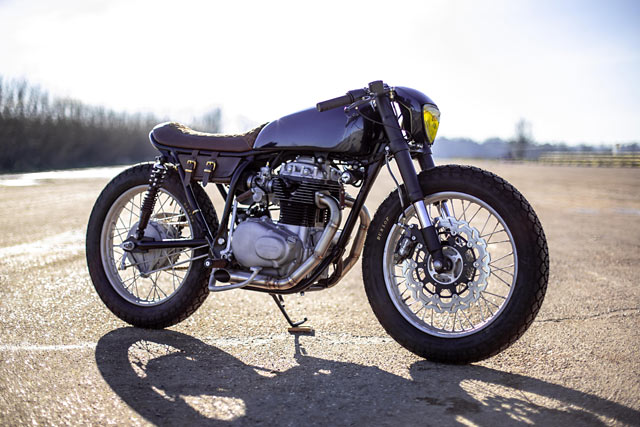 When you’re as good as Norfolk’s Old Empire Motorcycles you don’t need to go hunting for work. Hell, their incredible history of customising classic motorcycles has customers practically begging them to create a bike. And that’s what’s happened with their latest creation, a 1976 Honda CB360 that the client had to harass, harangue and coerce them into building. And we’re all the better for it. 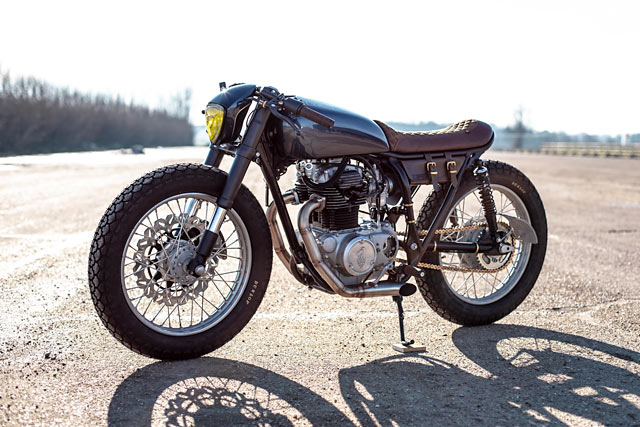 The customer initially approached the team after ogling one of their first custom jobs, a killer little Vulcan CB250. Old Empire, snowed under with work, had to politely decline another project. But the customer wasn’t one to take no for an answer. He disappeared into the ether and started squirreling away parts for the bike he envisioned. A donor motorcycle. Aprilia RS125 forks. And then a year later he struck again. Thankfully for us all they took on the build. 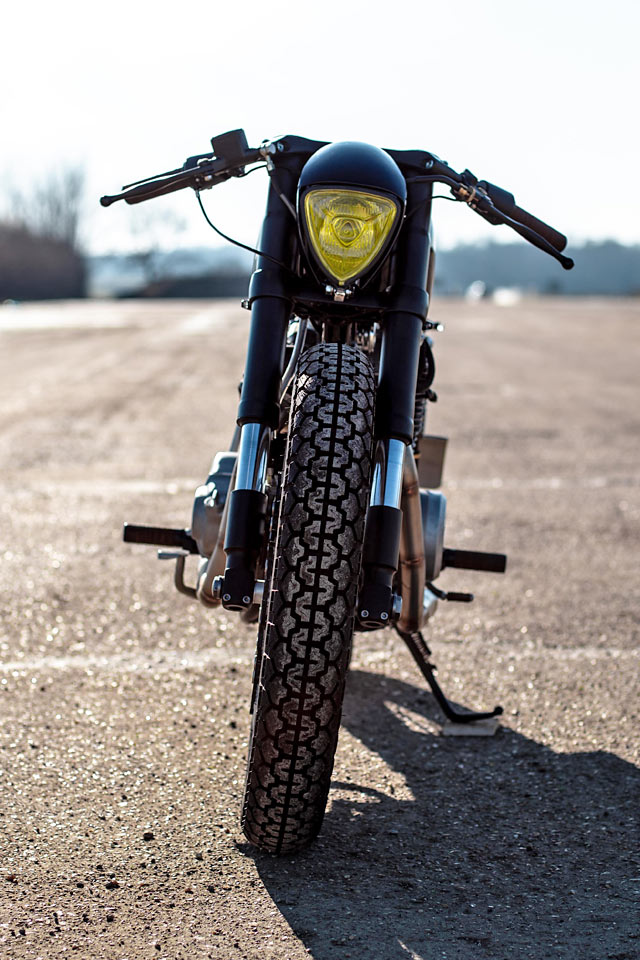 And it was an interesting time for the team, with the customer so smitten with their original CB250 it gave Empire’s Rafe and Alec a chance to reassess their original build. “As with anything we’ve completed, once it’s done we always look back and wish we had changed this or that or done something differently,” Alec says. “In this case we had a look at what we disliked about the Vulcan. It wasn’t much, but there were some small things.” 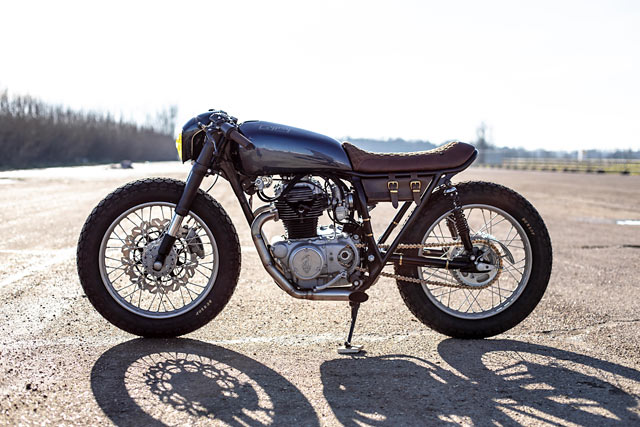 “First was the stance,” Alec says, “It was too high at the front. So the first thing we did was shave an inch of the Aprilia forks and lowered the top yoke right down onto the headstock. Secondly was the tank. She always did need a diet up top, so on the Gypsy the tank was carefully narrowed, angled and tapered to get the right profile.”

Lastly, the team decided the initial engine lacked a bit of chutzpah, so they imported a 360cc engine from the States along with some fresh Mikuni VM carbs. Sorted, right? Well, not quite. “The fun began when we found out the engine actually needed a full rebore and rebuild,” Alec says. The engine was given a thorough going-over by local engine guru Willy Valentine. Some soda blasting and a repaint and it was good to go. But that’s fairly straightforward when you take a look at the work they did on the frame.

[superquote]“The team decided the initial engine lacked a bit of chutzpah, so they imported a 360cc engine from the States.”[/superquote] 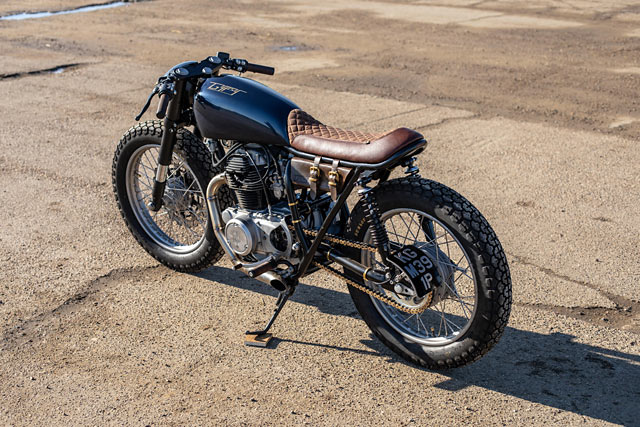 It was cut and shortened, with a new tighter loop installed at the rear, complete with brake lights and new rear shock mounts. In one of the tidiest bits of lighting trickery we’ve seen in a long time the indicators, an Old Empire designed item, are mounted on top of the shock mounts. They perfectly match the indicators at the front – they’re actually attached to the pinch bolts on the bottom yoke. How neat is that? 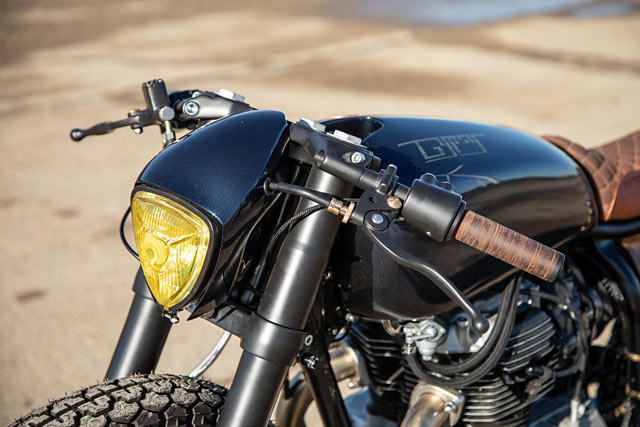 “Wheel wise we re-laced the original hubs to 19″ stainless rims,” Alec says. “We shod them in maybe not the most well performing tyres but that certainly looked the part.” New brake discs and a CNC adapter plate was made up by Demeanour Customs to get the front stopper working correctly.

Up top things are particularly neat. A small aluminium cowl was crafted around the triangular headlight, and underneath that Old Empire controls and Kustom Tech levers were fitted to the clip-ons. The Gypsy is outfitted with a whole new charging and ignition system, Shorai battery and Motogadget wizardry, all held together in one of the neatest looms ever, constructed by Richard at the Motorcycle Wiring Specialists. 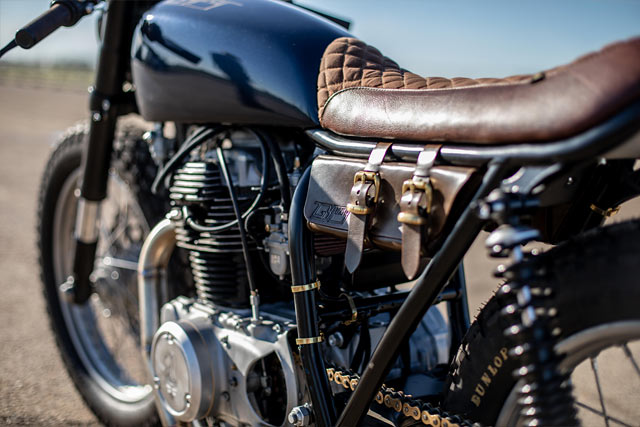 There’s a whole lot more going on with this bike. The leather grips and footpegs made by Old Empire. The hand-stitched seat made by GB Upholstery. The glorious paintwork done by Black Shuck. Ceracoating by Flying Tiger Coatings. Hell, even the customer-made saddlebags are jaw-dropping. It all rewards a close look. And if the photos aren’t enough, check out the kick ass video the team produced.

For all his dedication and persistence – we can’t thank the customer enough!