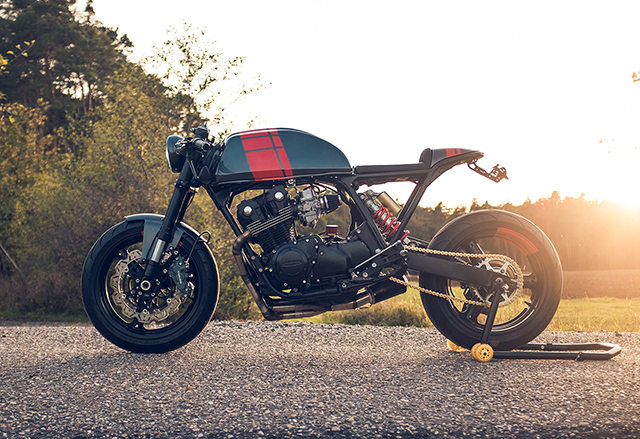 Road rules and regulations can be the bane of a custom bike builder’s existence, the strict confines of the law chipping away at the rebels born free soul. In Germany the TUV certification to get a motorcycle road-legal adds even more stress, meaning many builders thoroughly design a bike before spinning a spanner. But for Thomas Lambert of Elemental Custom Cycles, located near Nuremberg, he decided on this project to visualise and build as he went. Embracing the more organic process until it revealed this stunning Honda CB750 of the highest quality. 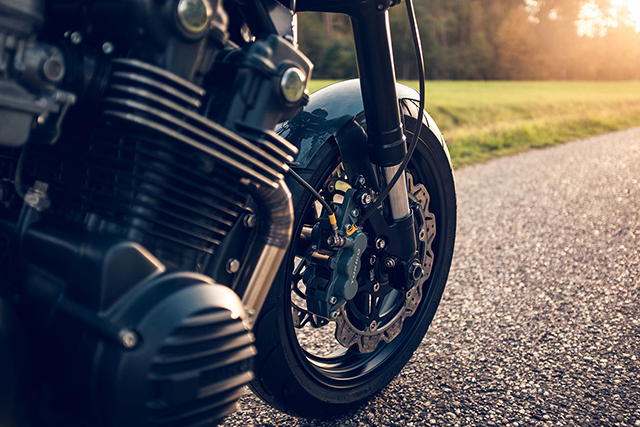 With the company motto being “life is too short to ride boring motorcycles” the end result was always going to be anything but dull. However the exercise of designing the build as he went allowed Thomas to use techniques old and new, as well as unconventional methods until he had an end result that was a rideable final design! “I started with a 1982 CB750 Bol d’Or in pretty poor condition. The first thing I did was lowering the front and adding a loop. That made it look like almost any other CB750 build you see around, so I decided to go for something different.” 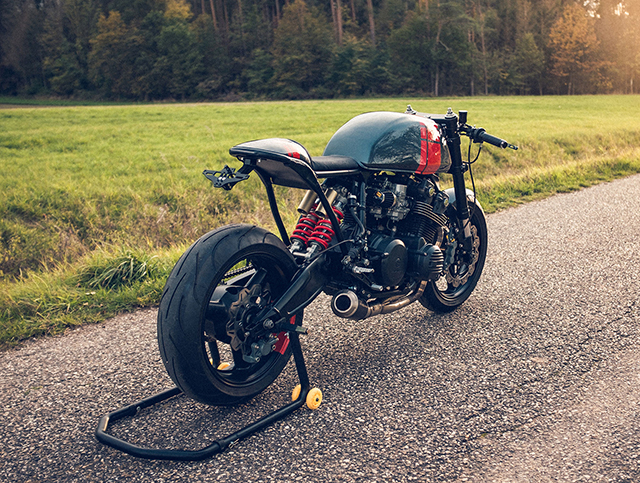 Looking around the shop he found an old Suzuki fuel tank that had plenty of beef to it and stuck it up on the Honda backbone. Liking the look he realised what was now out of place was the spindly front forks and this set in motion the redesign of the entire front end. Using a set of Japanese superbike USD forks was the solution with a machined upper triple clamp making the conversion possible. Not only did Thomas get the extra muscle he was looking for in terms of form, but the function with full adjustability is also light years ahead. 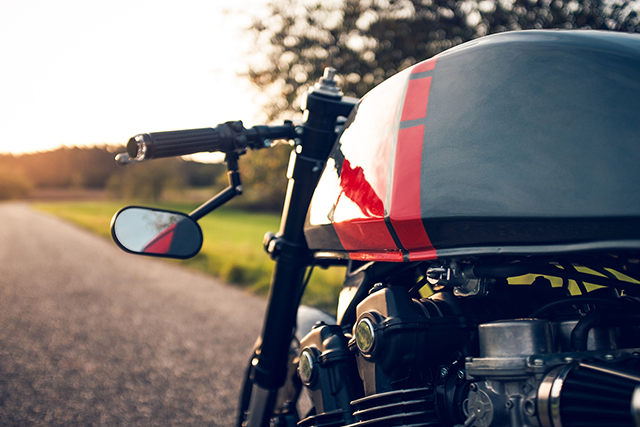 While the old braking package from the ’80s is also significantly improved thanks to the massive Tokico six piston calipers clamping down on a set of EBC wave pattern discs. Significantly, Thomas chose not to try and adapt the stock wheel but instead utilise the 17in superbike unit that allows for a much broader selection of modern rubber, with a Michelin Pilot selected for the task. This left the rear needing a serious upgrade to match and a Suzuki GSXR swingarm has been adapted to fit the old Honda frame. 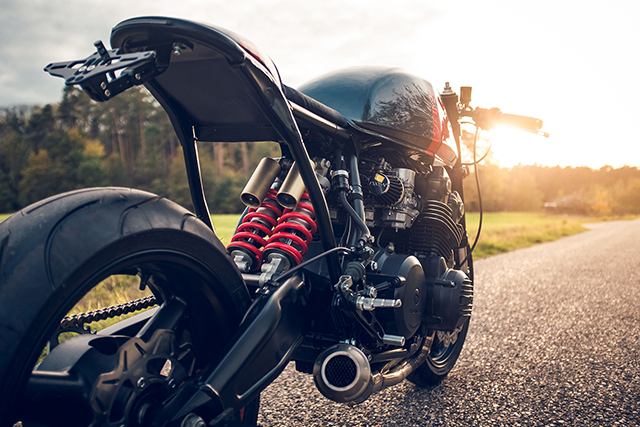 But for the shock setup Thomas went down a less conventional path. “I wanted to link the new rear damper directly to the frame, which turned out to be harder than I thought. I had to put in two rear shocks from a Yamaha R1 to get the spring constant right.” With things moving freely the Suzuki also donates its underslung brake caliper and a small wave pattern EBC rotor has also been swapped in. While the rear tyre means traction will never be a problem thanks to the mammoth 180section Michelin Pilot on the GSXR wheel. 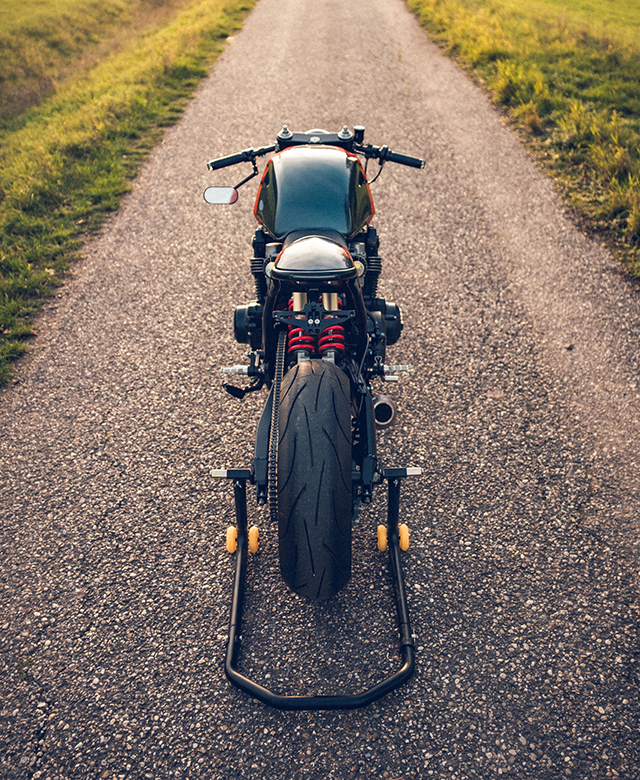 With such a clean rolling chassis it was time to turn the attention back to the bodywork and ensure the smooth lines were retained. To achieve this Thomas has brilliantly frenched in not only the Motogadget mini into the top of the tank, but the LED warning lights too. With the slick pop up gas cap to finish, he turned to modern technology to ensure the rear was just as good. “I built a 3D model for the rear cowl, 3D printed it, smoothened it and used it to build a negative form for the final part, which I made from glass fiber.” 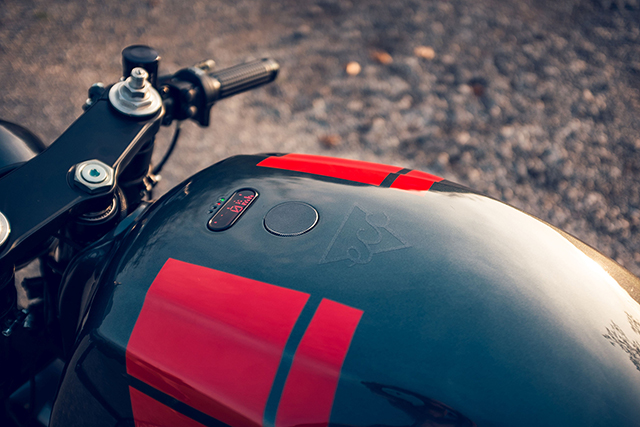 The tail unit fits perfectly around the frame and with the lights integrated into the subframe loop the installation is spot on. An all-new wiring loom takes care of the electrics with a full array of Motogadget products used across the bike. Cracking the throttle on the LSL clip-ons gets the rebuilt carbs flowing the fuel. While a top end rebuild and new gaskets have the low km motor purring away at idle. Although things get raucous with some more RPM thanks to the hand built stainless exhaust exiting out of a LeoVince muffler. 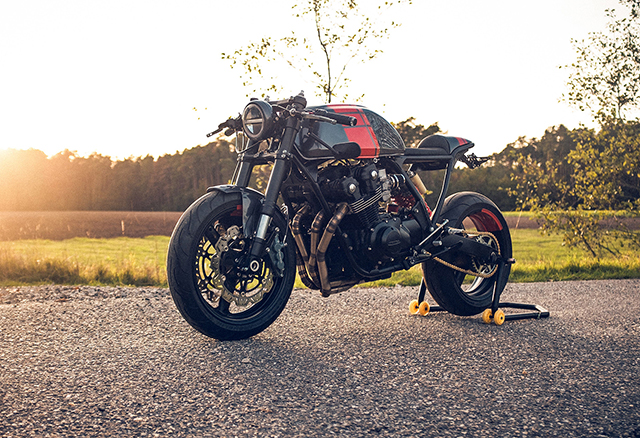 “The bike was then completely disassembled, most parts of the chassis and suspension were powder coated. The tank and seat cowl were painted in an Audi metallic grey with red applications. Every seal and bearing was replaced and it was reassembled again,” Thomas explains. Who designed a stunning set of rearsets in CAD and then milled them out while waiting for everything to come back. The end result is as clean as they come, passing the TUV without fuss and proving even when ECC takes a different approach to a build, the finished item is as picture perfect as everything else they do. 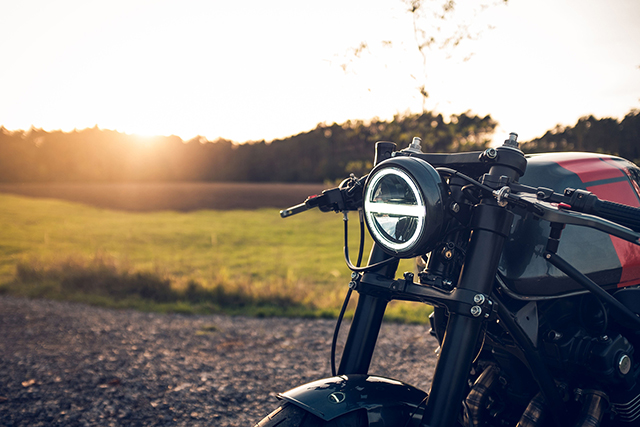 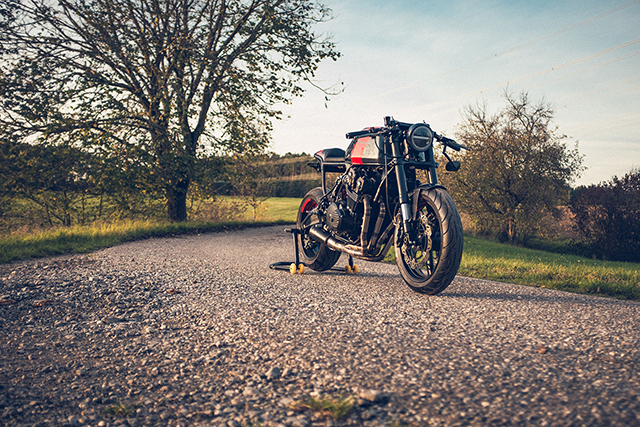 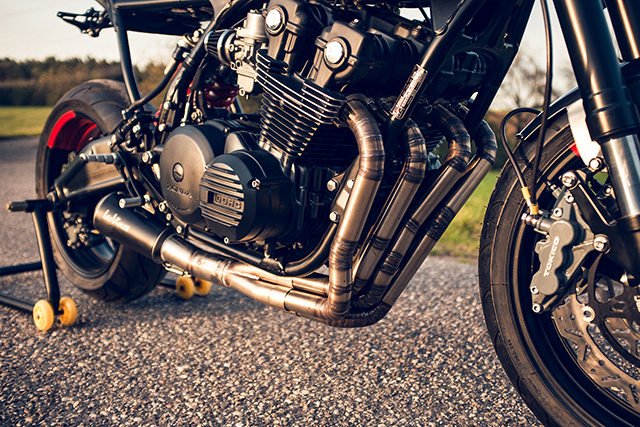 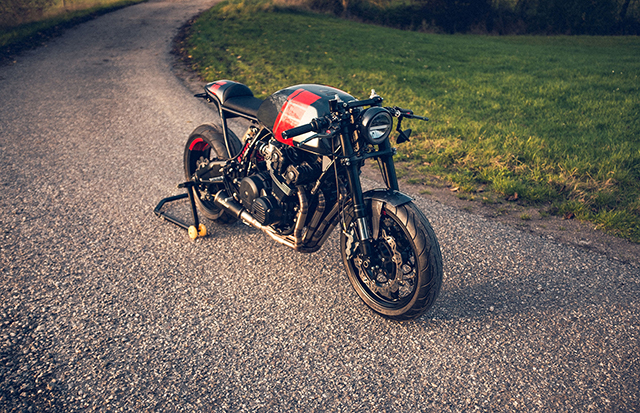 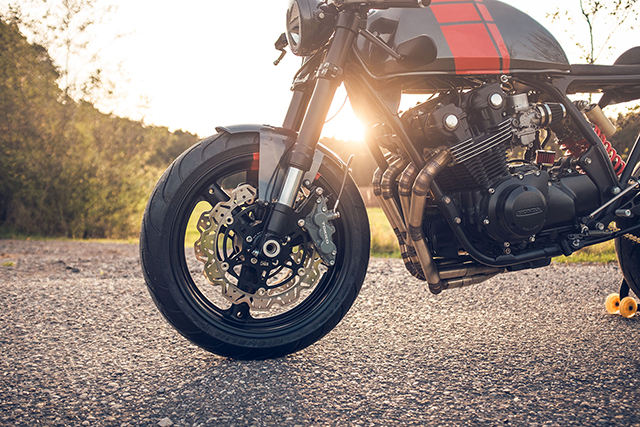 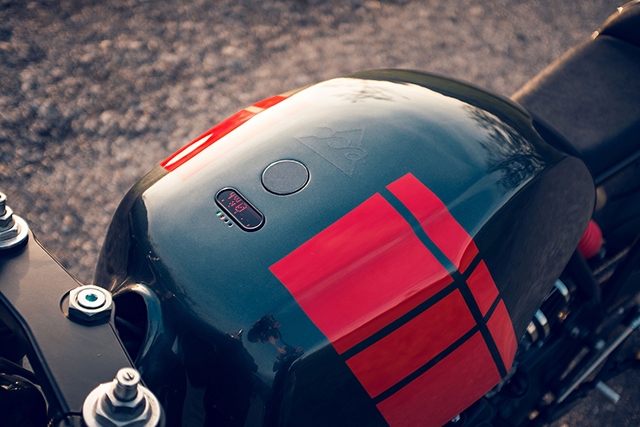 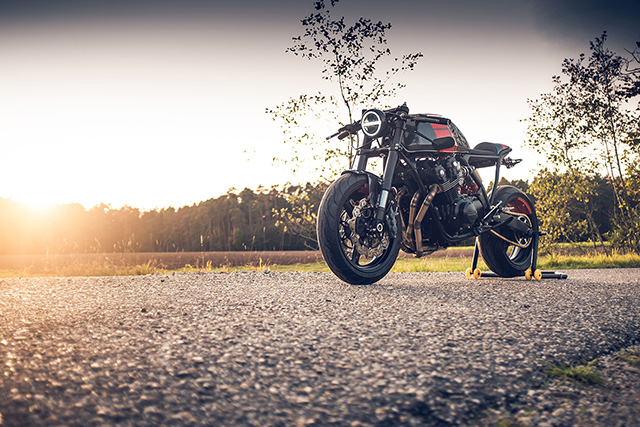 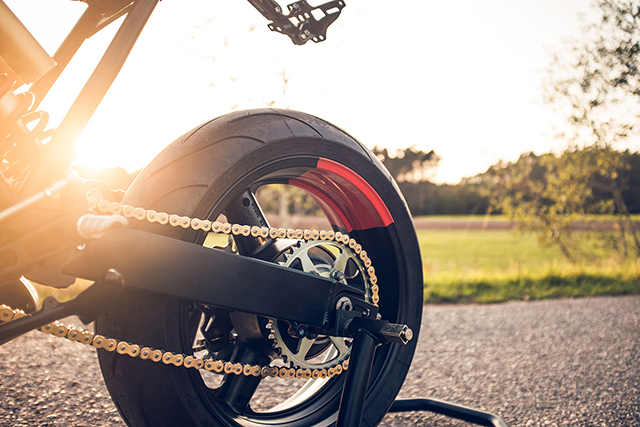