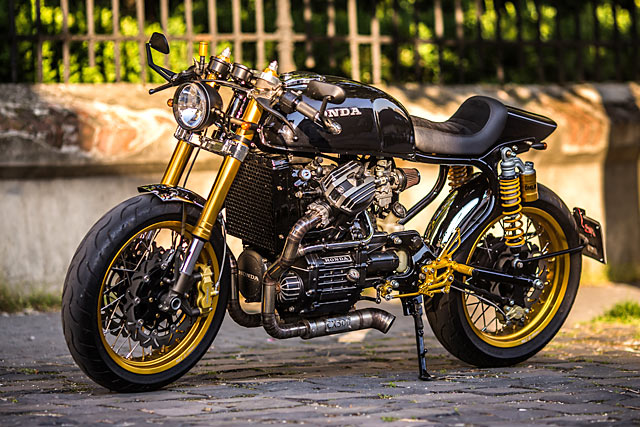 Losing your virginity is usually a train wreck of cheap alcohol, strange bedrooms, extreme awkwardness and instant regret. But unlike real life, Hollywood movies – and Slovakia’s Marek Bača – encountered exactly the opposite situation when bustin’ their cherries. Like a teenager’s wet dream, his first customising outing didn’t crash and burn, either figuratively or literally. Instead it went so well, some director in Burbank is probably looking to turn it into a teen comedy screenplay. And here’s the result – a Honda CX500 cafe that gets us more than a little hot under the collar. 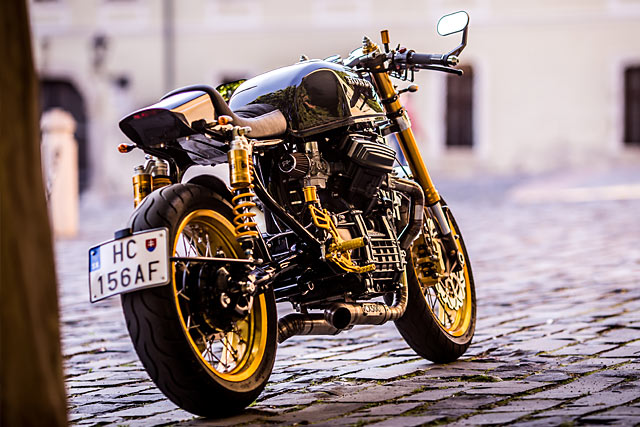 Located a few hour’s drive west of Vienna, Slovakia is about as far East as you can get in Europe without waking up and finding Russian tanks in your driveway. Infested with beautiful castles and picture postcard mountains, all signs point to a killer country for hitting the twisties. But not for 31-year-old local Marek Bača. Instead, he prefers to chase urban caffeine hits on his freshly minted Honda CX500 when he’s not keeping the plastics factory he works at ticking over. 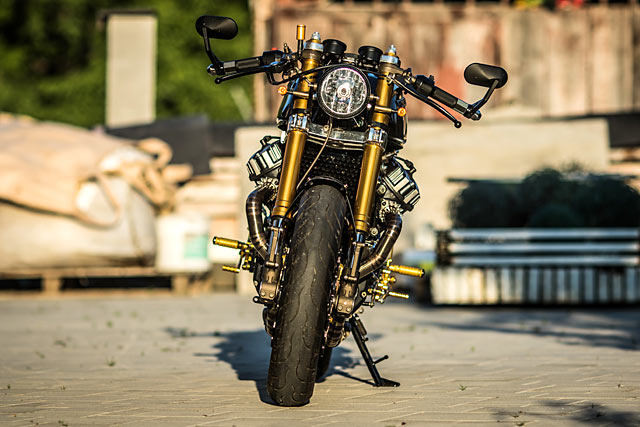 So with a cafe racer ticking all his boxes, Marek began the search for a suitable donor bike. It probably won’t surprise you that decent CXs don’t exactly grow on trees in downtown Bratislava. Instead he had to venture all the way to Prague, a mere 500 kilometres away, to find his dream bike. That’s a hell of a way to go on a stranger’s promise of a moto that may or may not be a rusty pile of old Nippon steel. 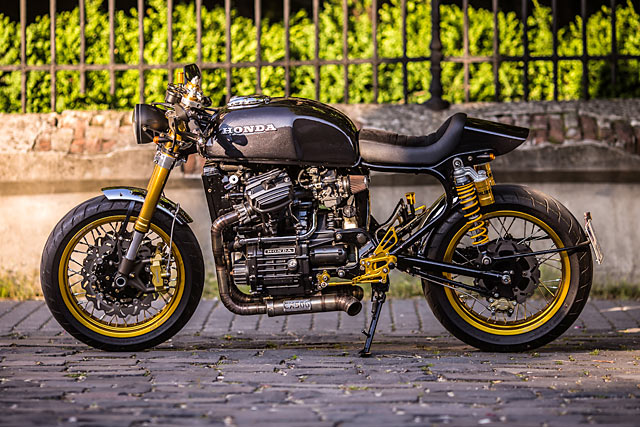 But with the gods of 80s plastic motorcycling clearly smiling down on him, Marek rolled up to the bike’s soon-to-be-ex-owners house to find a very decent example on Honda’s indestructible longitudinal v-twin. Hands were shaken, cash was flashed and soon Marek found himself on the way home with an old but new bike in the back. Is there any better feeling than seeing that unfamiliar headlight in the rear view mirror? 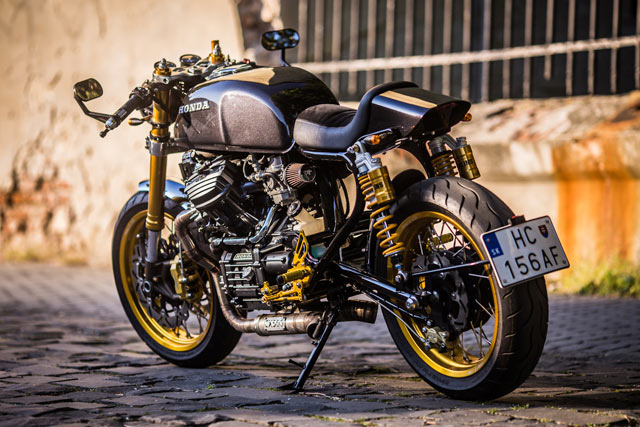 [superquote]“So in a ritual as old as the internet itself, Marek started scouring the HTMLs for inspiration.”[/superquote]

“I’ve never built a custom bike before,” Marek confesses. “But when my friend started work on his own Yamaha Virago 750 project bike, I think I became hooked. After I saw how cool his bike turned out, I made a mental promise to try to do the same.” So in a ritual as old as the internet itself, Marek started scouring the  HTMLs for that magic moment of metal inspiration. “I found a CX500 by Sacha Lakic that he made in 2015, which I liked very much. So I fully committed myself to build something like that.” 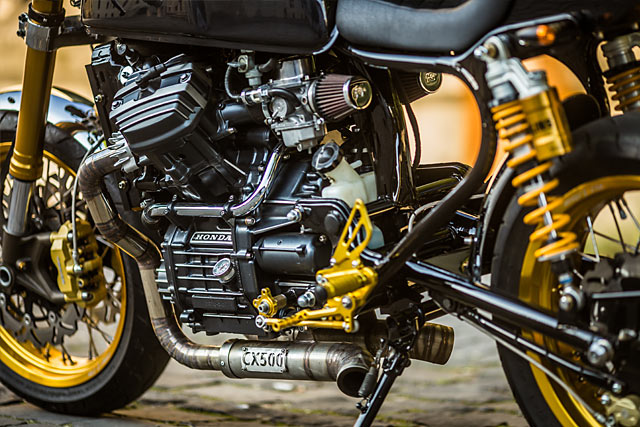 “From start to finish, the project lasted for about a year. I spent a lot of time searching for parts on the internet because in the local Slovakian shops you just can’t find lot of cool parts for custom project bikes like this. And even when I purchased the parts, they all went through my hands; all of them were modified by myself to fit the bike. I like look of pie-cut exhausts, so I learned on YouTube how to do it properly and then I built my own exhaust completely from scratch.” 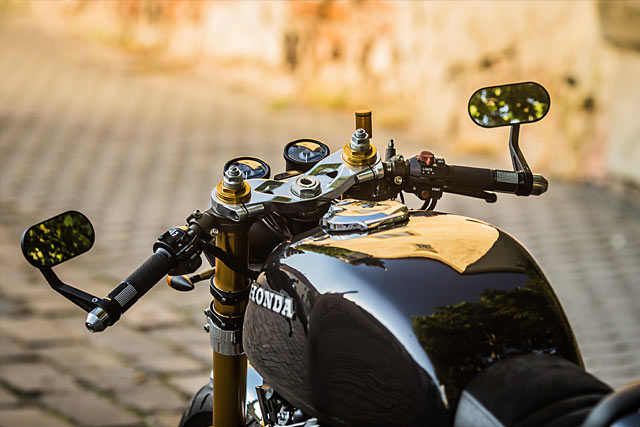 Some of the bike’s nicer details include its front end sourced from a noughties Kawasaki ZX6R, the topper-than-top shelf Öhlins rear shocks, Cognito Moto rims, rear sets from a Honda ‘07 CBR1000RR, a German Highsider ‘Skyline’ headlight, twin Daytona ‘Velona’ gauges and a full custom Alcantara and leather seat. “The seat, tail-piece, exhaust system, licence plate holder, mudguards and a bunch of other parts were all made by me,” notes Marek. “Because it was my first bike and I did almost everything myself, pretty much all of it was hard for me. But really, the hardest part of the build was finding laced wheel hubs. After many hours spent searching on the internet, I found Cognito Moto and the problem was solved.” 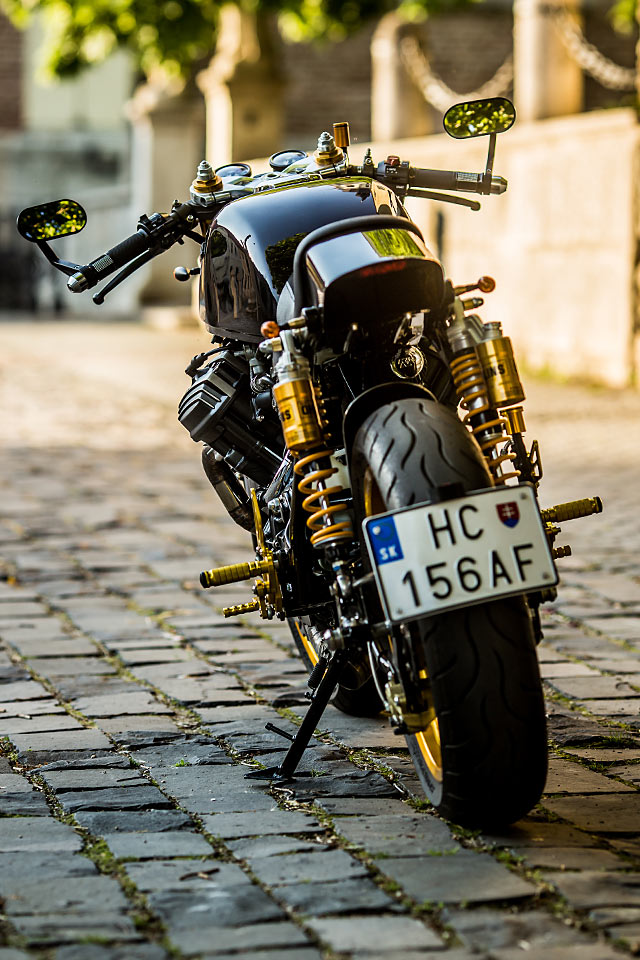 “After I finished the bike, I kind of fell in love with her. I think that her black and gold colour scheme is beautiful. The bike’s handling properties are pretty sweet too; the suspension works great and the rebuilt engine runs perfectly with the stock rejetted carbs, too. The only real negative is that after 200km of riding, your body really hurts.” That’s what she said. 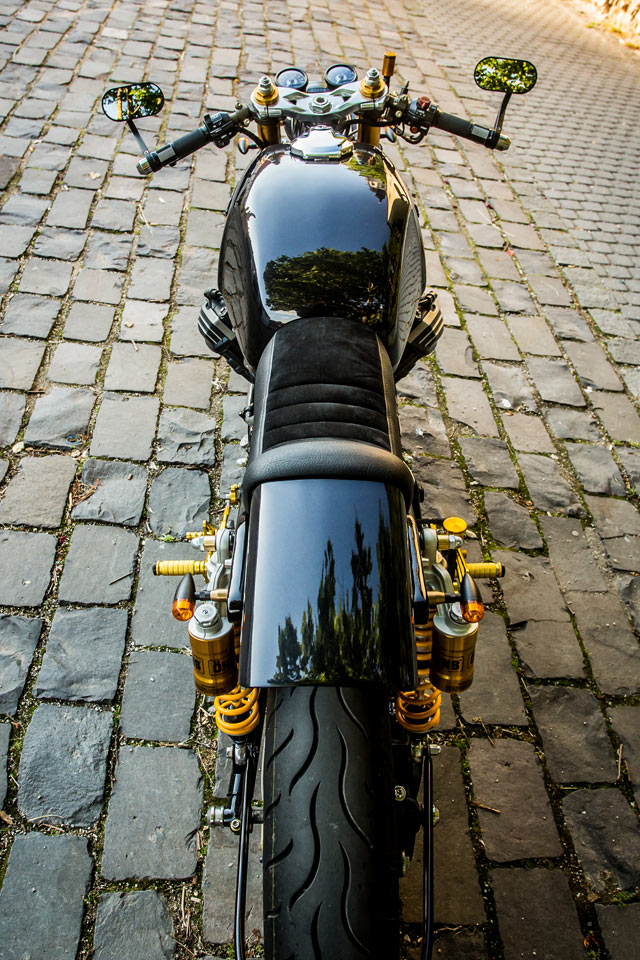