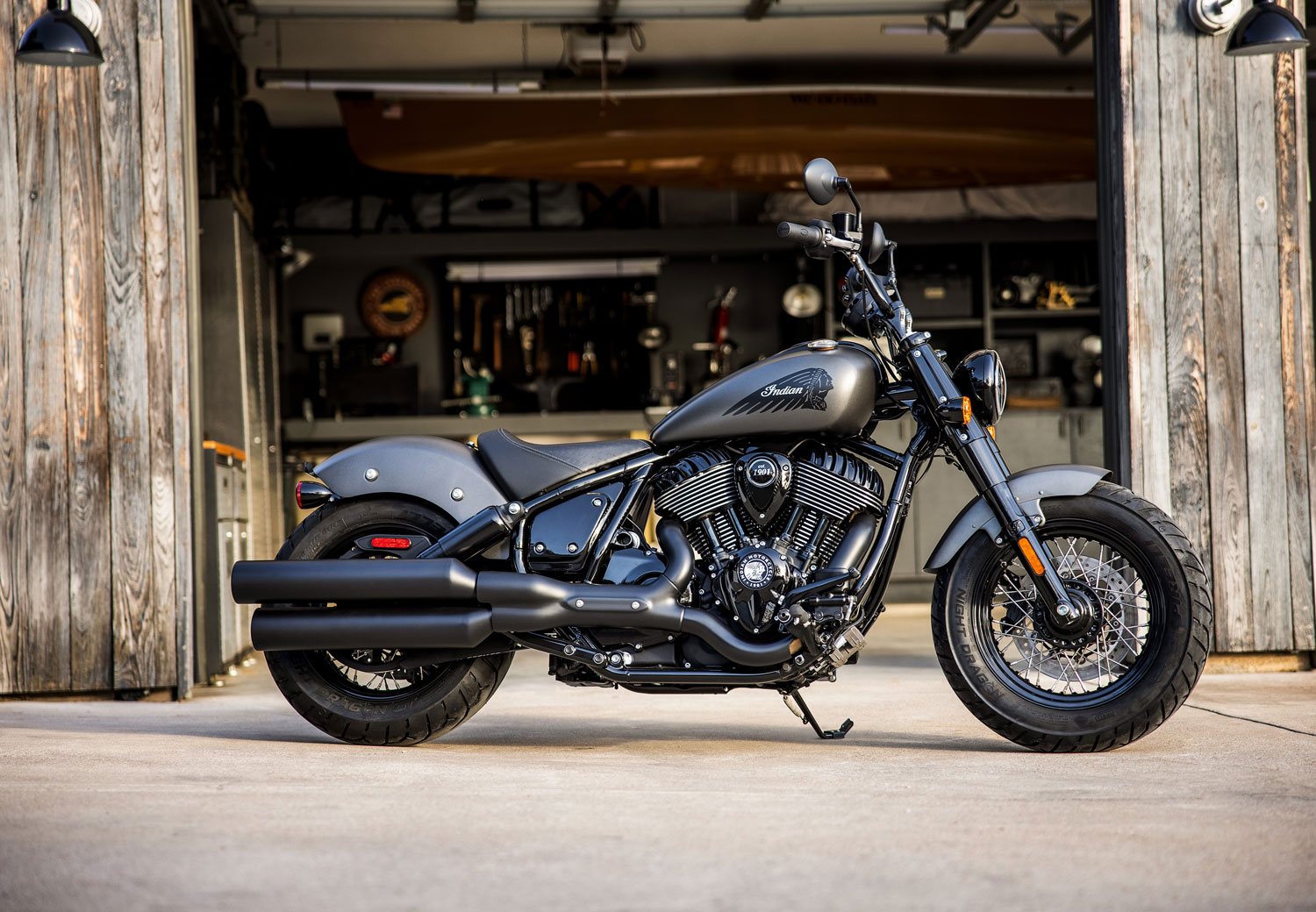 From board track racing to the post-war bobbers, the American V-Twin was at the heart of the custom bike world for decades. But truth be told, that influence has been drastically diminished in recent times, and comments sections of websites like this and the letters to the editor of every bike magazine have been filled with the same response. “Why won’t the manufacturers listen to what we want!”. Now with the unveiling of the 2022 Chief, it is clear that Indian Motorcycle has been paying attention. And they’ve gone one better, announcing a custom build program with three bikes to be built by legends Paul Cox and Keino Sasaki, freestyle motocross star Carey Hart, and creator of ‘Bratstyle’ the one and only Go Takamine.

What makes this such a mouth-watering prospect, is not just the enormous talent of the builders being unleashed, but the serious potential for customisation that the new 2022 Chief offers. Featuring a timeless steel tube frame and a torque monster of a V-twin engine that is air-cooled, ensures a blank canvas with almost endless possibilities. Perimeter frames, water cooling, and hidden shocks, all have their place but they’ve made the customisation of most new motorcycles expensive, difficult and often left those models completely ignored by the scene.

“This bike is as much about history and heritage, as it is about modern design sophistication, and hat’s why we were intentional in choosing builders that represented both old and new styles,” said Ola Stenegard, Director of Design for Indian Motorcycle. “With Go, we have a builder who honors and takes inspiration from the post-war bobber scene. On the other hand, Carey will push forward with modern, performance-oriented design elements, while Paul and Keino bridge the gap between past and future.” The new Chief features classic appeal but also has modern tech like a 4in touchscreen and Bluetooth, there is something there for them all.

Long time fans of the custom scene will remember Cox and Keino for their amazing work keeping the spirit of Indian Larry alive after his tragic passing. Now they reunite for the first time in over a decade. “Keino and I have stayed in touch over the years, continuing to work in our own individual styles, but when Indian Motorcycle approached us about this collaboration, the timing seemed right. We both bring unique skills to this project, and it will be interesting to collaborate again,” said Cox. Both heavily influenced by the American scene, Keino’s unique style and Cox’s legendary commitment to craftsmanship will no doubt result in a Chief that’s truly the best of the USA.

At the opposite end of the custom scene comes the new wave in the form of racer and freestyle motocross star, Carey Hart. His ability to ride a motorcycle at the edges of the laws of physics put him in elite company, but have also informed his mechanical knowledge with the function of his bikes often holding his life in their hands. “With the new Chief, Indian Motorcycle has done an incredible job of capturing the strength and timeless lines of what we all have come to expect from a true American V-twin, and in doing so, they’ve served up the ultimate platform for customization,” said Hart.

His style might have a modern twist, but having built everything from Baggers, to an Indian road race bike and every possible combination in between; who knows what Hart will come up with. The excitement comes from the freedom that the simple frame layout provides. Where most modern offerings place a host of roadblocks in the builder’s way, the twin down tube and single backbone design give builders around the globe like Hart the chance to let their imagination run wild. He may not be building a bike that he can backflip, but it’s the only thing I’m willing to rule out.

Finally the third bike will be built by the Godfather of ‘Bratstyle’ himself, the enigma, Go Takamine. “Indian Motorcycle has been at the heart of my work for many years, and I have great admiration for the company. It’s an honor to be included in this elite group of builders,” said Takamine. With his unending commitment to the Indians of the post-war period, this will mark the first time he unleashes his signature style on a modern machine in such a manner. If he gets the build right, and I’m sure he will, Indian have the potential to capture a whole new market of devotees to old machinery, who might finally be encouraged to enter a showroom instead of a junkyard.