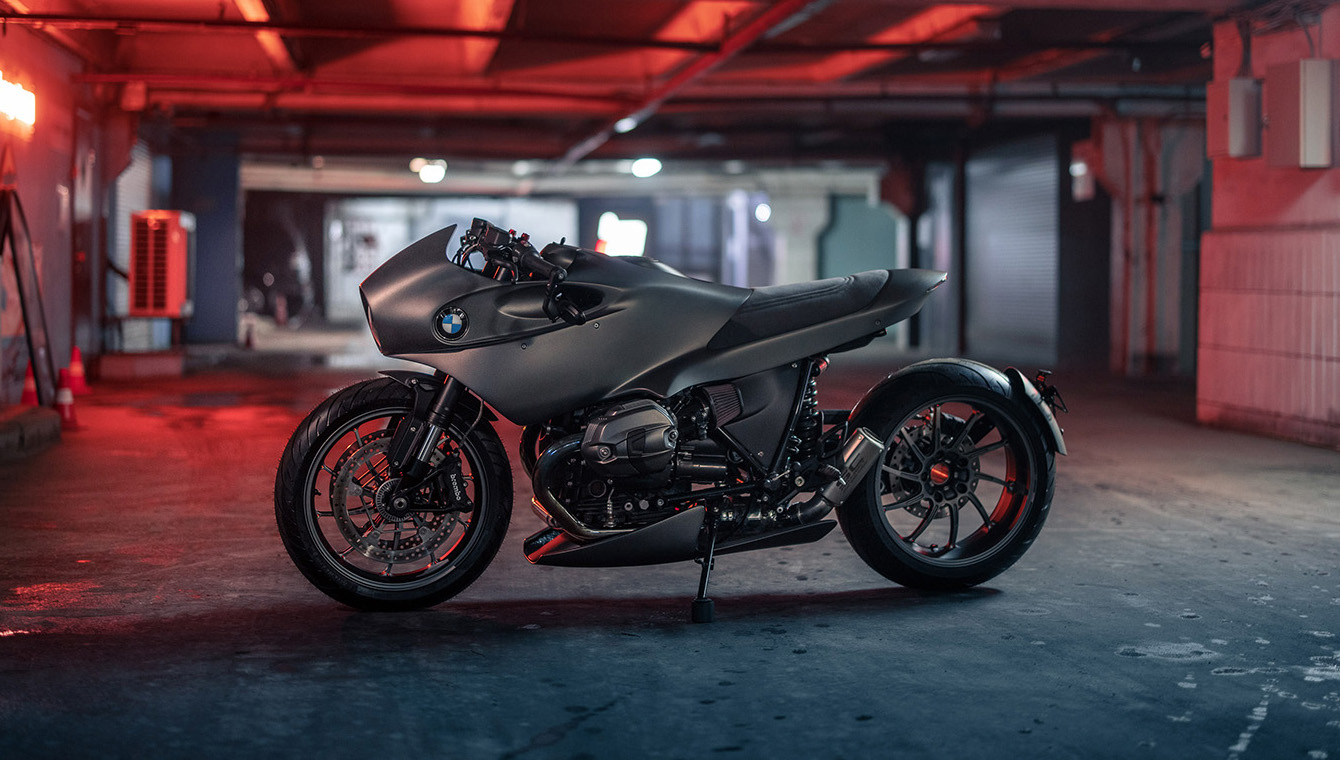 It was impossible to miss! The aviation inspired full-body, hydraulic suspension equipped, BMW R nineT in matte grey that was plastered all over the internet and social media last year. Built by Zillers Custom Garage in Moscow, it was one of the true highlights of 2020 in a year that will always be remembered for much less desirable things. Head honcho Dmitry Golubchikov is a hell of a builder and his attention to detail on high-end machines has taken him to the top. But to bring his incredible designs to the masses he had to take a new direction. Introducing the Zillers Garage BMW conversion package, a bodykit and accessories to take your ride from standard bore to high-end score!

The original R nineT that shook things up last year might have been the first time many had seen the work of Dmitry, but the truth is the young builder had been making waves for a few years already. Prior to his modern masterpiece he’d conquered the globe at the AMD World Championships, taking out the Freestyle class with a supercharged Yamaha SR400. And he’d also built one of the most incredible customs you’ve ever seen, based around a 1200cc Vincent Lightning replica engine built by the English company JMC Classics.

But it was the wild modern machine that got the world talking and while it took every ounce of his design and building skills to pull it off, producing the conversion kit would offer up a whole new set of challenges. Providing the parts so that the average handyman can turn their nineT into a monocoque bodied beaut is no easy task, especially when dealing with new bikes that barely like any part removed before they stop working. The main component of the kit is of course that single body piece and in producing it, Dmitry also created a full cutaway version so that everything that sat beneath it could be inspected before the final version was signed off on.

This was a vital part of the process, with that one piece covering everything from the battery and electronics, to the fuel tank at the centre, the headlight at the front and needing to still provide ample clearance to the front forks so that they didn’t rub or bind. The lines of the finished piece are simply stunning, an homage to the original but with its own unique flavour, every curve flowing into the next for an unbroken aesthetic from front to back. In its raw form you can start to appreciate just how many hours, how many moulds and how many frustrating moments there must have been to make one piece so perfect.

Included in the kit are the mounts that bolt to the stock bikes infrastructure and secure the single piece to the owners nineT. Underneath an all-new fuel cell is also provided, it too is designed to bolt in and each angle of the cell allows for as much go gas to be crammed in as possible, making use of all the available space. The ignition lock is also moved so as to clear the extensive bodywork, and joining the fuel cell underneath is the supplied and tiny lithium battery. While slotting into the front opening is the slick looking LED headlight with its own mounting hardware.

The original full-bodied bike only had the engine’s heads popping out of the panels, but for a bolt-on kit, this would be nearly impossible to achieve at an affordable price. So smoothing out the underside is a sweet belly pan, with forward scoop that exaggerates its size and helps to achieve the full visual impact. The lines of the piece are picked up on the front fender, the mounts to attach to the stock supports are moulded into the design for a clean as can be finish. Then there are a host of small panels and pieces included in the generous kit to cover up anything that would disturb from the slick finish.

The provided seat base slots in perfectly to the body and we can envision owners of the kit selecting a huge range of colours and finishes for their own unique take on the Ziller. A pair of rearsets and clip-on bars also come with the kit that gives a riding position to properly match the overall change; this is seriously well thought out stuff. And you can’t have a custom that makes a crappy sound, all rectified by the supplied K&N pod filters and SC-Project end can. Even the BMW badges with internal LED lighting are part of the package and make the kit price of $8000USD serious value! With eight kits already complete, three for Russian customers and five headed to the US, now is the time to join the Zillers Garage craze and have your very own globe stopping custom, from Russia with love.