For guys who really want to be like Steve, the Triumph Scrambler is the bike for you. You can even order a “278” number board, McQueen’s entry when he raced in the 1964 International Six-Day Trials in East Germany. I have to be honest and say that I personally believe Steve McQueen is probably one of the coolest men to have walked this planet. And yes I love this modern take on the classic.

The Scrambler is based largely on the Bonneville T100 streeter. Although the suspension has been raised 2 inches over the Bonneville, for improved ground clearance. So you can take it off road onto dirt tracks but I am told its not the most comfortable ride.

I love that Triumph are still making these nostalgic bikes. I am not sure I would choose this over the Thruxton though. I think the Thruxton would perform much better, but as for cool factor this has McQueen’s personal stamp of approval. What more could you ask for? 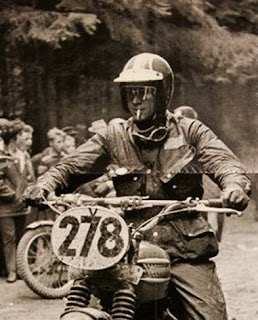 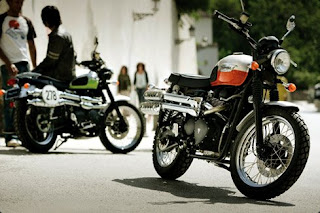 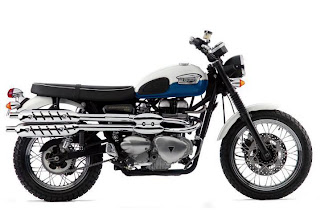