Words and photos by Jeremy Hammer

“I didn’t know if it was going to be fantastic or a frankenstein,” are the words that rolled out of Jason Ralls mouth as he reflected on his first-ever custom motorcycle – a 1979 BMW R80 that’s strikingly different, yet beautifully elegant at the same time. A dabbler in building boats and Australian muscle cars, a custom motorcycle had so far eluded Jason until his interest was peaked by a mate’s R80 project. Not one to mess around, Rallsy picked up his very own rusted out, wasp-infested, BMW R80 just three weeks later, serving as the donor for his elaborate ideas. 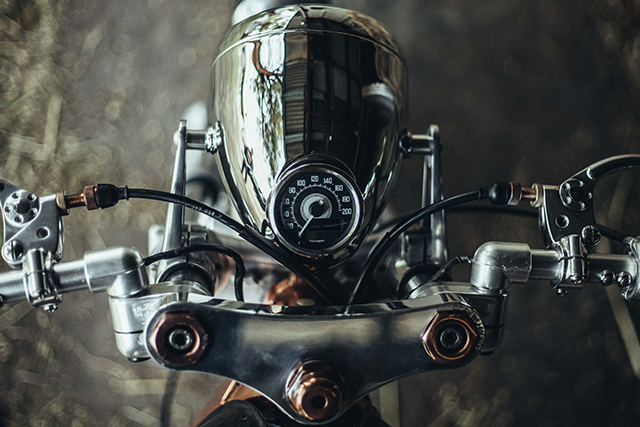 “I was building cars, then I built a boat, and I thought I haven’t built a motorcycle yet,” Jason explained. “My mate had a BMW R80 built for his dad and had it customised for his 60th birthday, I thought it was pretty cool – a few weeks later he showed me one for sale, so went and bought it.” 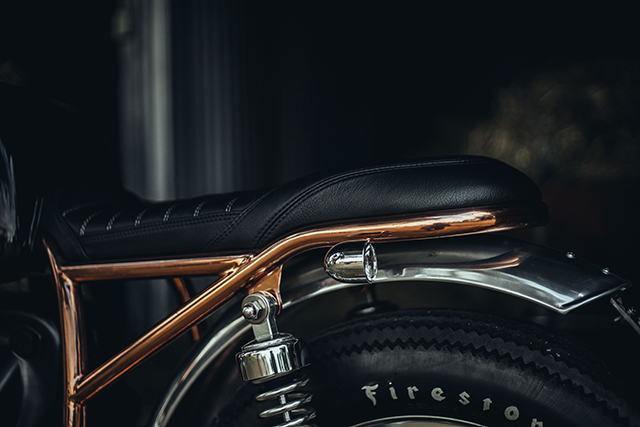 While a project of this calibre can often take extended periods of time, a looming deadline to make the 2018 RIDE ON custom bike show in Perth meant a considerable number of overtime hours were spent to complete it. Rallsy trawled through the internet for inspiration, honing down his thousands of ideas to develop a storyboard before enlisting the help of renowned Western Australian builder Billy Kuyken of Rogue Motorcycles. 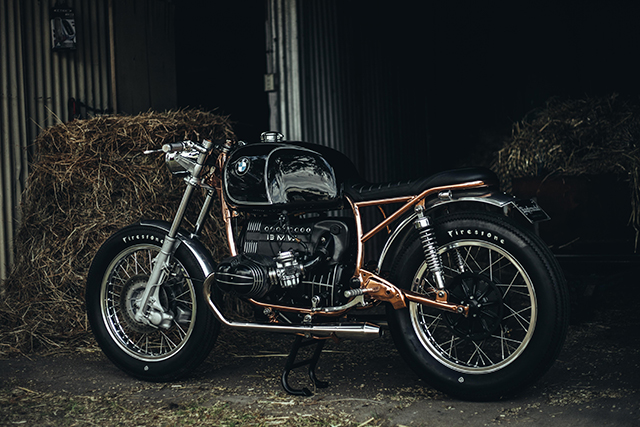 “It was probably around a five to six-month process concepting and designing – going through thousands of BMWs and cafe racers seeing what I liked and what I didn’t like,” Rallsy continued. “I had about 60 or 70 pages of parts that I’d chop and change to conceptualize a design. I narrowed that down to two or three per part on the bikes, and that’s when I went to Billy and told him what I wanted to create.”

The copper-dipped frame immediately draws the eye and is unquestionably the staple of the motorcycle. Billy welded on a subframe and stripped any unnecessary lugs and welds, preparing a flawless surface for the dipping process – which would later prove to be a headache for the pair. With many avenues rejected, they were finally able to source a shop willing to dip the chassis, and Custom Modifications delivered in a big way. 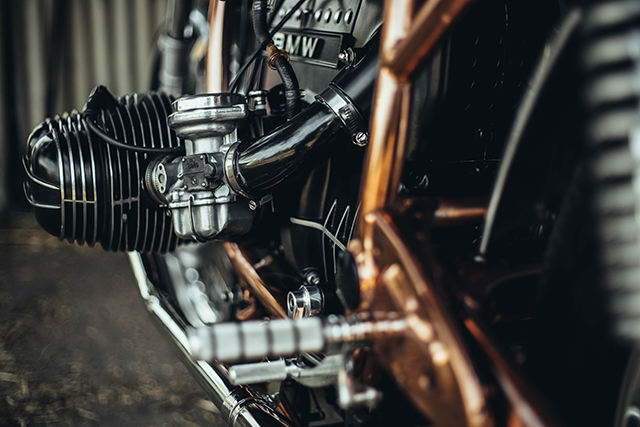 “I wanted it to be something different,” he added. “I didn’t want another black frame, and some of the standout builds I’ve seen, there’s something different about the frame – whether that’s fabrication or the paint work. Paint just didn’t cut it, so I had it dipped in copper – the decision from there was to polish it, or let it oxidise. We decided to keep it polished.” 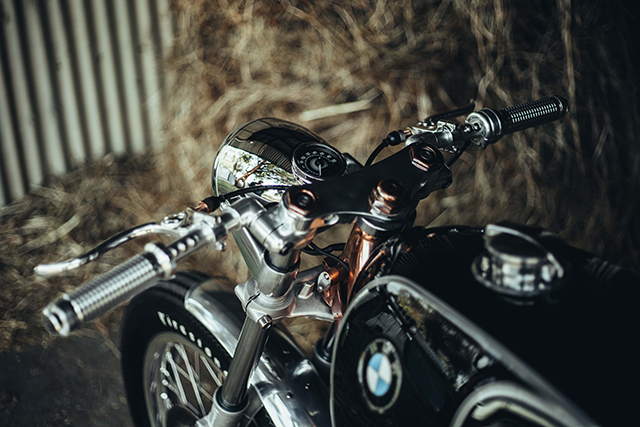 Rogue Motorcycles undertook the core of the build, handling the major modifications – such as the frame and blasting, spraying and detailing the engine – along with taking care of the majority of parts installation and customization. The Perth-based shop crafted a new seat pan that was later upholstered by BeyondTrim, while they also fitted fenders on the front and rear with custom brackets 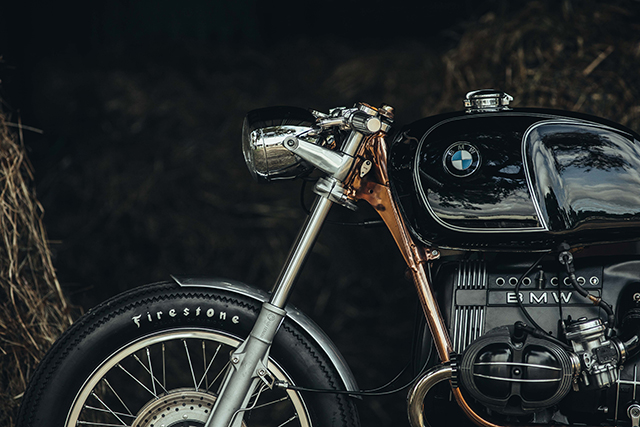 The battery box has been stripped, a pair of rear-sets have been installed, and Moose indicators that double up as taillights have been fitted. The tank has received a fresh coat of paint with elegant pinstriping, and the wheels have been refurbished and installed with a pair of Firestone tires. Completing the bike is a set of headers and exhaust system, which boosts the bike’s character and unleashes the beautiful note of the Boxer engine. 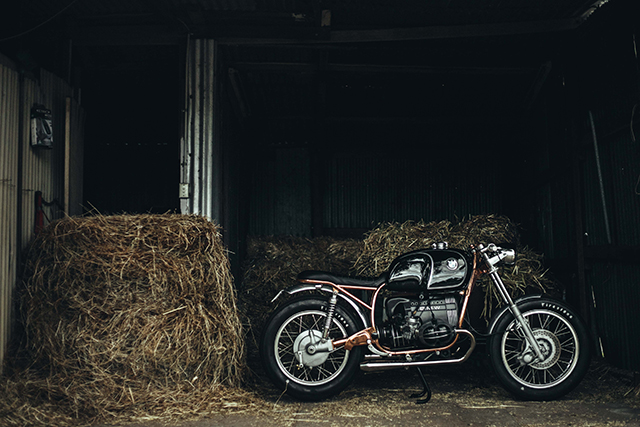 “I’m very proud of how it’s come out,” Jason reflects. “ When I had all these ideas in my head, I didn’t know if it was going to be fantastic or a frankenstein. I was really happy that in the end, it’s generally fantastic and only a few people think it’s frankenstein. I’m pretty proud of what I’ve been able to come up with, conceptualize and create.” 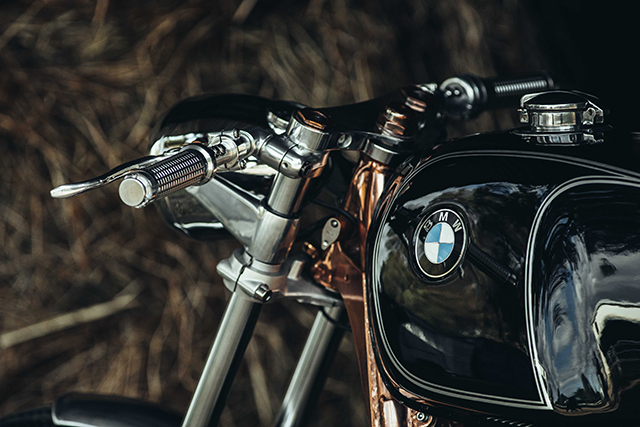 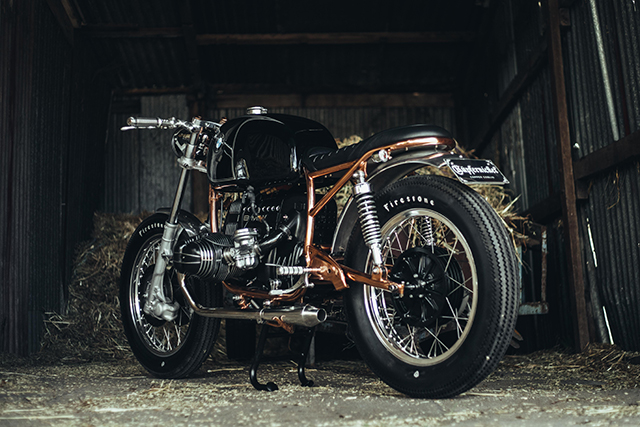 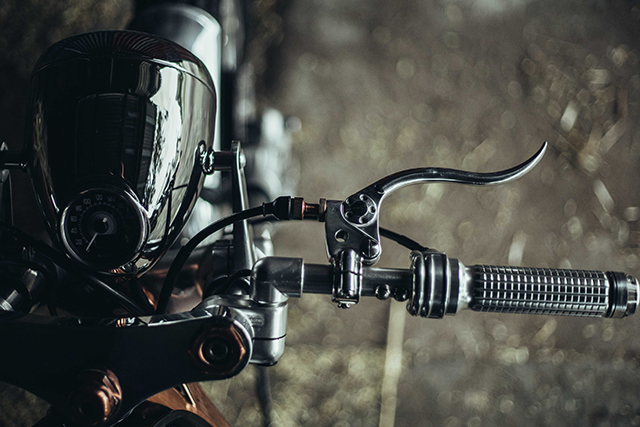 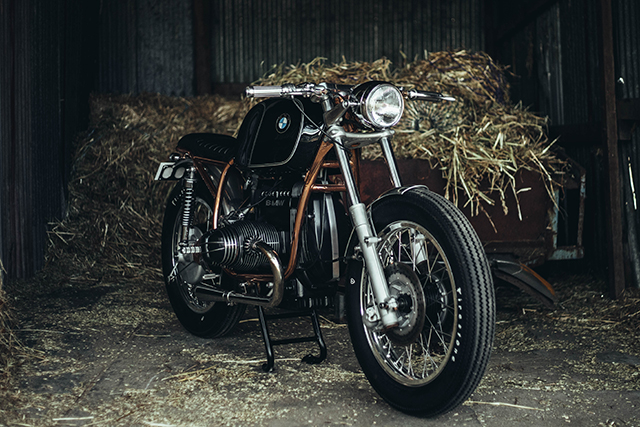 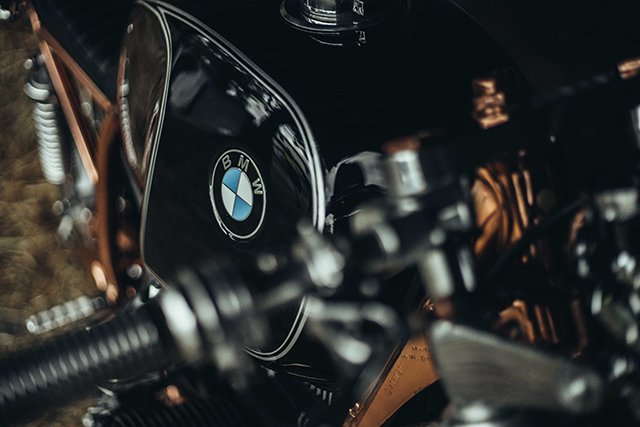 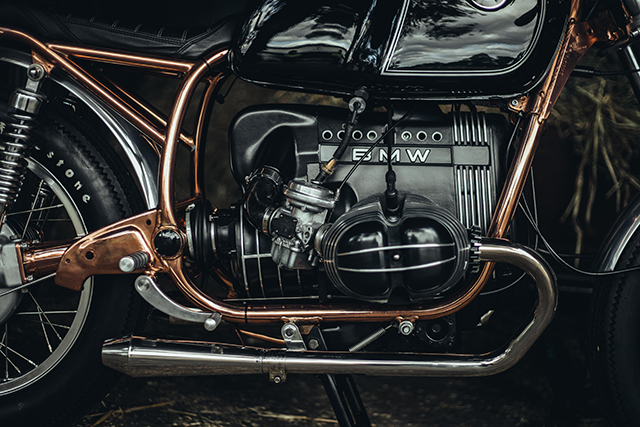 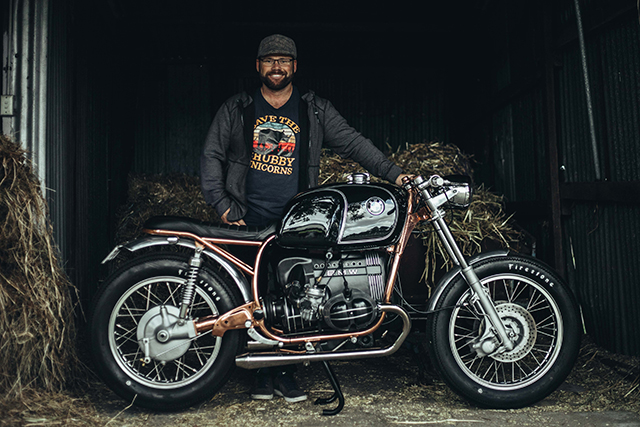