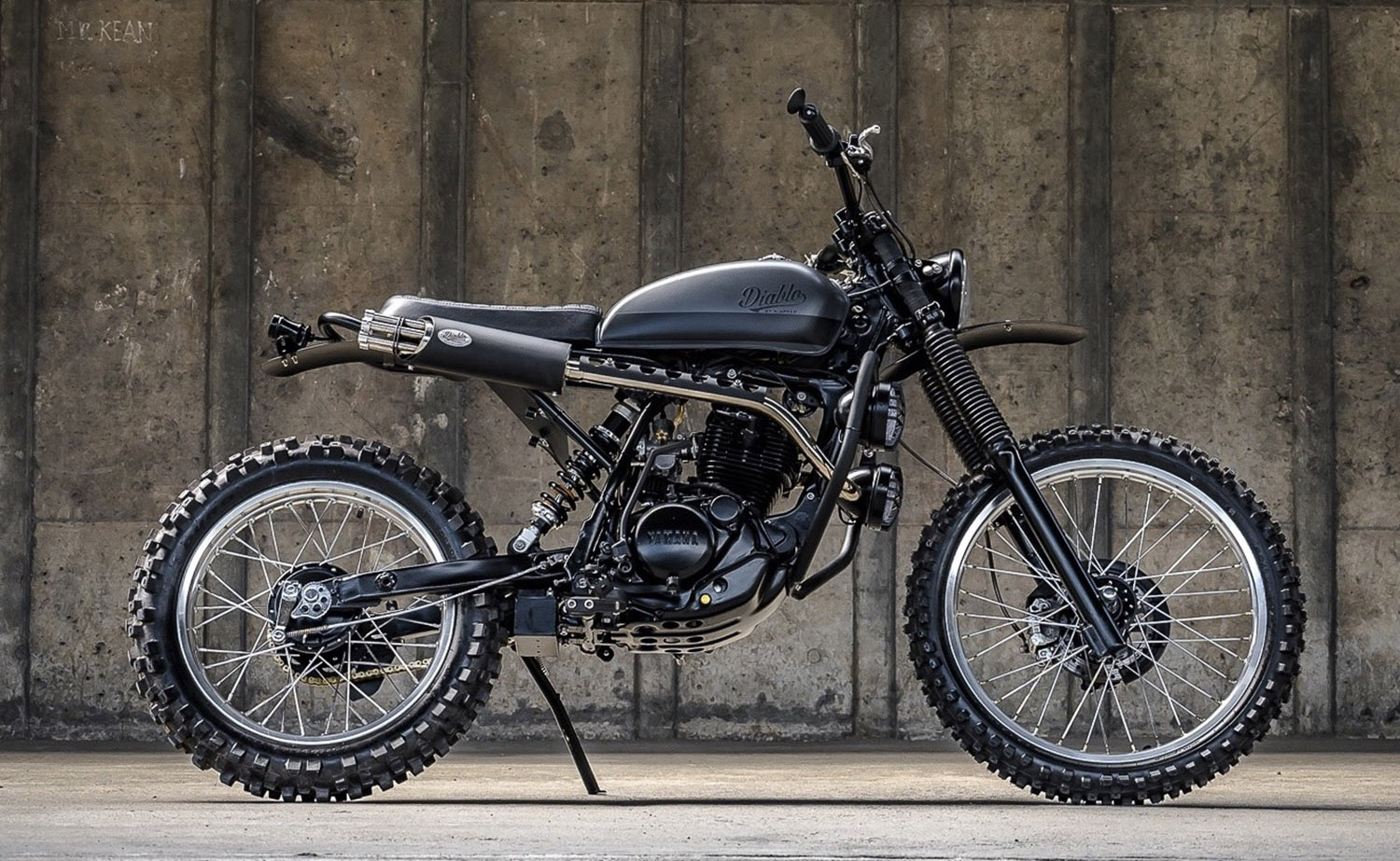 When you think about countries that are synonymous with motorcycles, a few immediately come to mind; Italy, Japan, England and the USA. But nowhere on earth are they as much a part of the social fabric as in SE Asia, and Thailand rules the roost with 87% of households owning at least one bike. They’re the kings of custom are undoubtedly K-Speed and their endless array of blacked out beasts have built them an enviable reputation around the globe. But at home, it’s small bikes that are used to run the roads of Bangkok or journey between villages. So to add their flavour to a versatile dual-sport, they picked up a 1986 Yamaha Serow and gave the little machine a big personality.

Also known as the XT225 in some places, Yamaha marketed the bike as the first “modern full-sized dual-sport for smaller and beginner riders”. A low seat height and a total weight of just 108kg mean they’re super easy to ride and with just 20hp there is nothing intimidating at all about twisting the throttle. But what really makes them the perfect bike for so many scenarios is the cheap price, ultra-reliability and excellent ground clearance for that go anywhere vibe.

So to ensure the versatile little Yammie had the K-Speed quality the bike was totally stripped down for its makeover. The simple frame has been cleaned up, but the bracket covered rear section had the grinder spinning into action and being cut off. Here Eak and the team fabricated a new, ultra-clean subframe with old school MX upswept rear hoop and welded it on. The swingarm too is cleaned up and the entire chassis is hit with the company’s signature hue, black.

For the design Eak had in mind, all the factory plastic bodywork would be thrown to the side, there is no pretence of modern adventure machine here like the original, just simple scrambler lines. To make it work the spares section of the shop was searched and a metal tank found that fits perfectly over the backbone, with a new gas cap mount welded in. The huge plastic fenders are given the old heave-ho and hand rolled items ride high, front and rear. With a custom battery box placed below the engine to hide it out of sight.

The black attack continues with the leather wrapped seat that is placed over a custom base and stitched together in that ’60s British aesthetic. While the tank is the first thing that lets you know this is a K-Speed creation, the two-tone look and their Diablo logo taking pride of place. To give the little machine a tougher vibe, a large crash protection bar goes on and sports a set of high intensity spotlights. With the rest of the lighting matched to the Scrambler theme, a Bates style headlight and vintage blacked out tail unit sitting on the fender.

To improve the handling, that is surprisingly good for a cheap stocker, the front forks have been rebuilt, fitted with a set of gaiters and even the exposed stanchions are wrapped up in black. At the rear, a custom ordered YSS shock allows for the bike to be dialled in for the rider and the roads they’re seeking out. The stock hubs are overhauled and re-painted and then a sweet set of polished spokes and rims get wrapped up in aggressive off-road rubber. To further upgrade the cheaper components, a new brake master cylinder, brake cover and chain guard have also been fitted.

Moving to the engine and the little single gets more fuel for the fire thanks to an all new carb, with a custom stainless exhaust fitted out with a crazy gattling gun muffler for urban warfare. It’s the only element of excess on the bike, with the new bars all business, wearing a host of the company’s components like new levers and switchgear. Having proven their name with traditional big bikes from the major manufacturers, Eak and his K-Speed crew are showing the world that custom cool can come in small packages and the Serow is a little ripper.