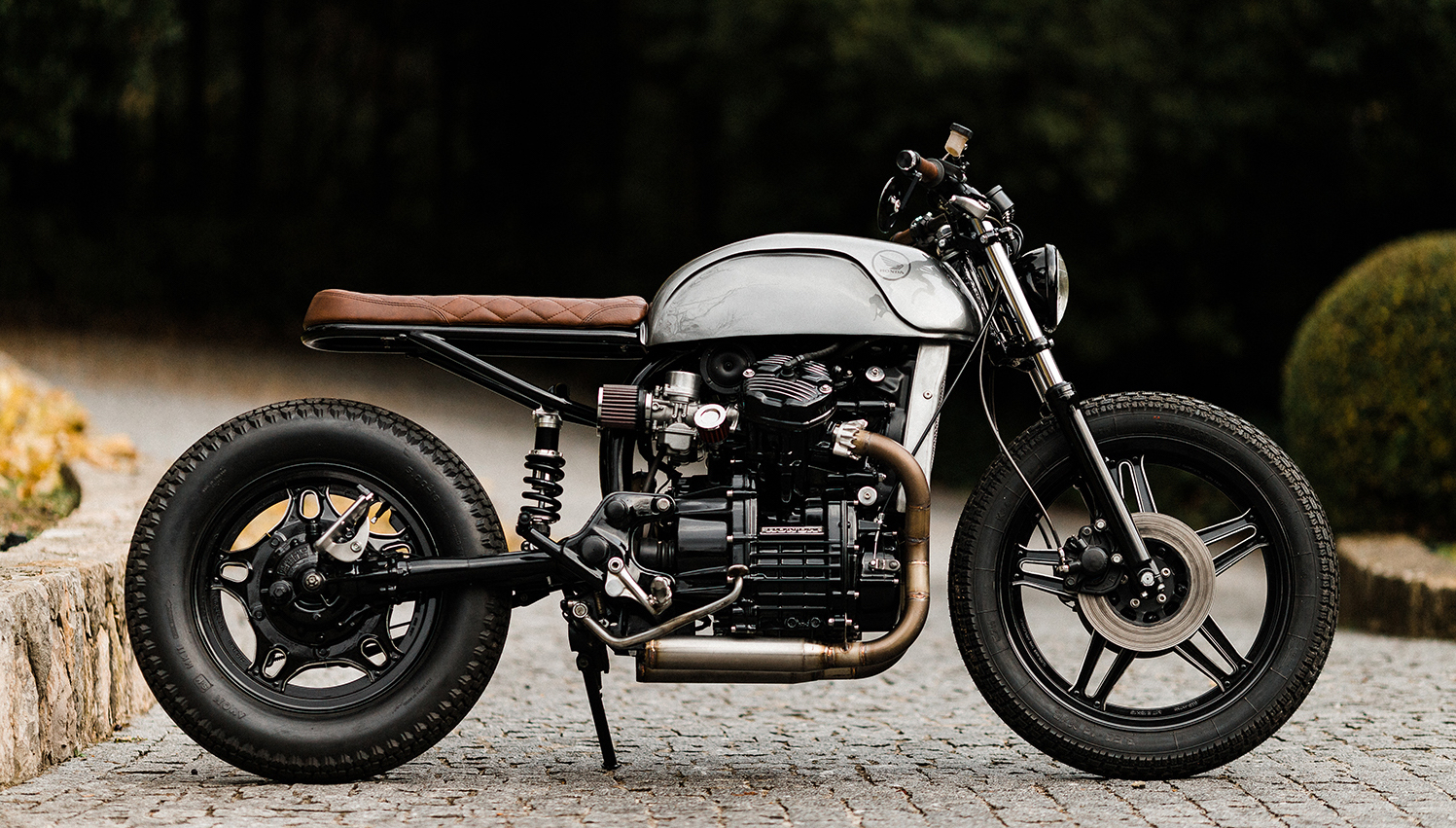 The CX500 has always had a reputation for being one of the ugliest motorcycles Honda has manufactured. It’s been called many names, and ‘beautiful’ isn’t usually one of them. On the other hand, it’s become the bike of choice for many up-and-coming and reputable bike builders around the world. Being cheap and reliable, it’s no wonder it’s a popular donor in the custom scene. France-based Duke Motorcycles are the latest outfit to take on le maggot plastique and we think they might have created one of the cleanest CX500’s we’ve seen.

When a client approached Lionel from Duke Motorcycles wanting to customise his CX, he didn’t have a clear vision but wanted something ‘classic looking’. After many discussions, Lionel convinced the client to give him creative freedom and gave his word that he’d be pleased with the outcome – the only necessity was keeping it a two-seater so he could take pillion passengers on rides.

The first step was getting the lines and stance right. Lionel wanted to create a straight horizontal line from the tank to the rear of the bike. The CX sits high at the front so the front shocks were lowered by 8 cm. At the rear, the addition of a large tire was enough to raise the line to achieve the desired balance.

At the rear, this CX has also undergone some major surgery. The rear subframe was cleaned up and a new loop was created from scratch. The twin shocks were thrown in the spare parts bin, but because the distance under the seat was so short, no alternative monoshock for it existed on the market. A new YSS monoshock absorber was hence custom built by the Suspension Store after several weeks of development. Sitting pretty on the new subframe is a brown flat chequered seat that was upholstered by NMB Design.

The original CX tank was retained but Lionel wanted to change the silhouette and how it sat on the frame. He completely reworked the sides by opening them up and creating a new curve on each side with a recess of a few millimetres. The original gas cap was also replaced by a more discreet pop-up unit.

Opting for a more classic look, the stock wheels and brakes have been retained. Lionel was looking to preserve a retro feel so installing modern calipers would probably have distorted it. To increase the braking performance, he used aviation hoses as well as a set of Loraine Carbon brake pads. As a ‘Duke’ signature, Lionel personalised the levers and reworked the fixing of the brake chamber.

Up front, the cockpit has been redesigned with a CNC Racing handlebar, Motogadget bar end mirrors and indicators, as well as Daytona pushrods and instruments. The original harness has been completely rewired using an M-Unit hidden under the tank. Lionel also installed an M-Lock which is hidden down the side of the seat. The large stock battery was replaced with a lightweight lithium unit which was fixed under the engine block and between the two silencers.

Lastly, the CX was stripped of its air box and now accommodates a pair of K&N filters. Up front, Lionel spent time customising the stock radiator. By affixing a custom aluminium grille to it, this visually bulky unit becomes a custom feature of the bike. The stainless steel exhaust line has also been completely redesigned to fit under the engine block. Its minimalist silencers have laser-cut grilles bearing the “D” as a mark of the Duke.

The final product is a very clean and well proportioned CX500. Lionel has a favourite quote which sums up his bike building ethos: “Perfection is achieved, not when there is nothing more to add, but when there is nothing to remove”. This CX definitely lives up to this mindset and we’re sure the owner will be glad he gave Lionel full creative licence in building this beauty.