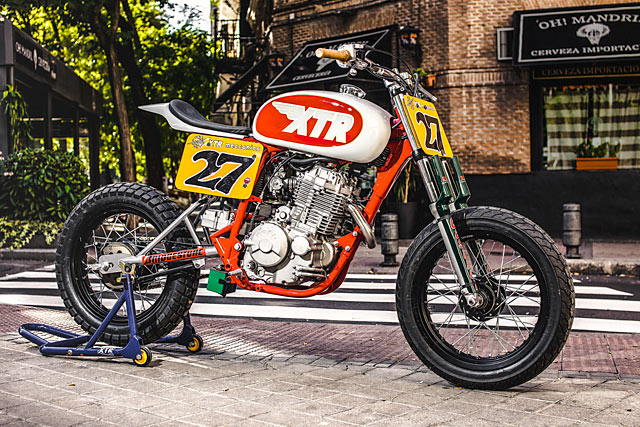 Is it just me, or are customisers a lot like rock bands? You have your favourites. You wear the t-shirts. You feel a little tinge of excitement when you hear that they have released something new. Well, in my mind, Spain’s XTR Pepo is more than a little like AC/DC. Yes, they stick to what they know, but they are so damn good at what they know you just don’t care. And if there’s one thing that Pepo Rosell is good at, it’s ‘sell your granny to the abattoir to get one’ racers. Here’s his latest. 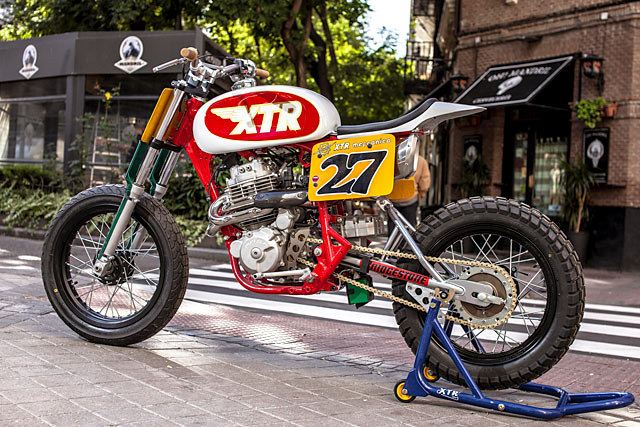 As with many bike builders in Europe, December is ‘getting ready for the MBE show’ time. And it’s no different for Pepe. “Right now, I’m busy finishing a Ducati racer prototype that I will present at the Verona bike show in January,” he says, smiling. Looks like our MBE ‘things to do’ list just gained an extra tick box. 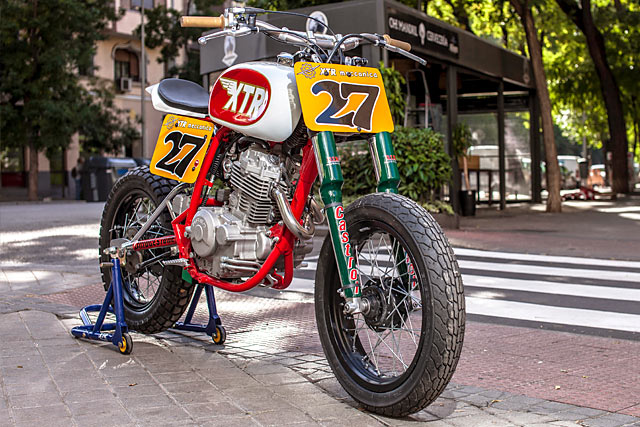 But enough travel bragging. Let’s get down and dirty. For those who haven’t heard, the Mash brand is one of Europe’s most popular new-school Chinese brands. OK, so the words ‘Chinese Motorcycle’ doesn’t exactly get your heart racing, at least not yet. But with China’s economic track record and custom builds like this, you can bet your sweet Renminbi it won’t be like that for too much longer. “It’s a 2014 Mash 500,” says Pepo. “There’s no big story – I got it new from the local Mash dealer’s showroom. I have called it ‘Di Traverso,’” he smiles. That’s ‘sideways’ in Italian, for those in the know. 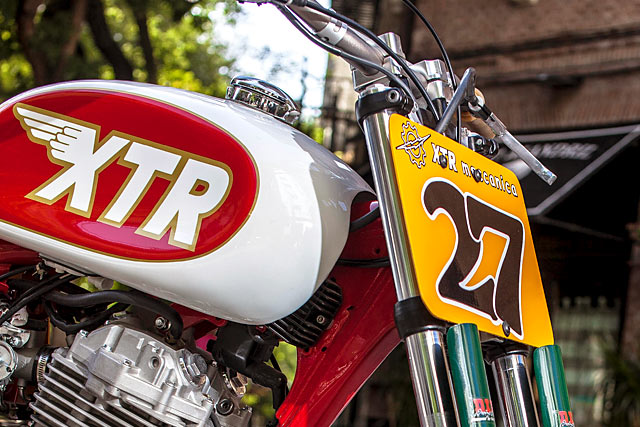 “Clearly, my passion is races bikes,” he continues. “Mainly endurance racers, but I also love the dirt track genre. So I decided I wanted to build a bike to take part in some local races. And creatively, my inspiration was from the dirt track bikes from the 60s and 70s.” 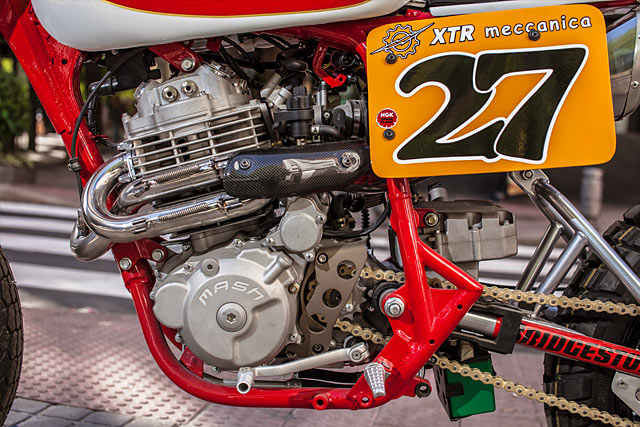 After exploding the factory bike into a million little possibilities, Pepo combined a rear frame mod with the task of converting the bike’s twin rear shocks into a mono cantilever system. Then he successfully adapted a Yamaha SR500 rear hub to the modded Mash swingarm, after which he moved on to the myriad of other tasks at hand. 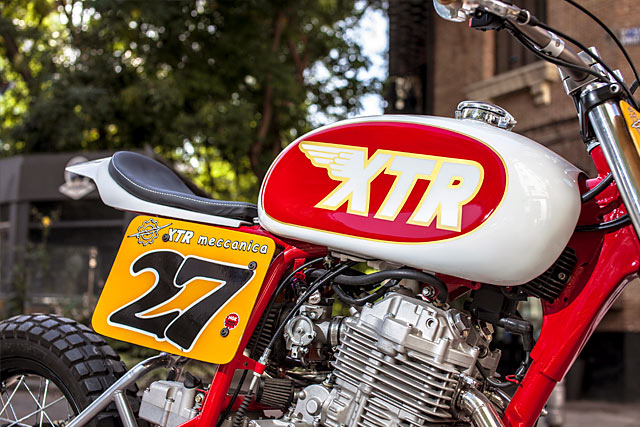 Tasks like the fabrication of the bike’s fuel tank from a Ducati 160 Sport donor and the jaunty ducktail racing seat, followed in quick succession by the mounting of some Yamaha front forks and a fresh and beautifully routed exhaust pipe terminating in a ‘Super Mario’ two-into-one silencer. And mamma mia, it looks good. 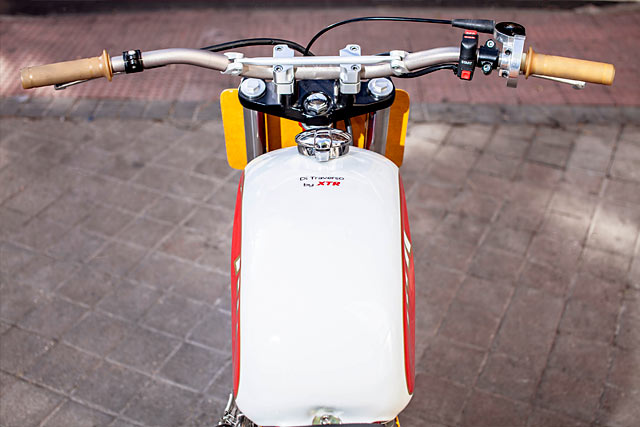 After a little interrogation, Pepo revealed a few of the bike’s build secrets including the Derbi Supermotard rims, the Betor gas monoshock, some Gonelli clutch and rear brake levers, the Domino handlebars and some rather cool Gonelli pure rubber grips. As always with Señor Pepo, the end result is a riot of racer colours, stance for days and enough attitude to win a race on looks alone. Rock up to the starting line on something like this and your opponents will fall like they’ve been thunderstruck. Rock on, Jose. 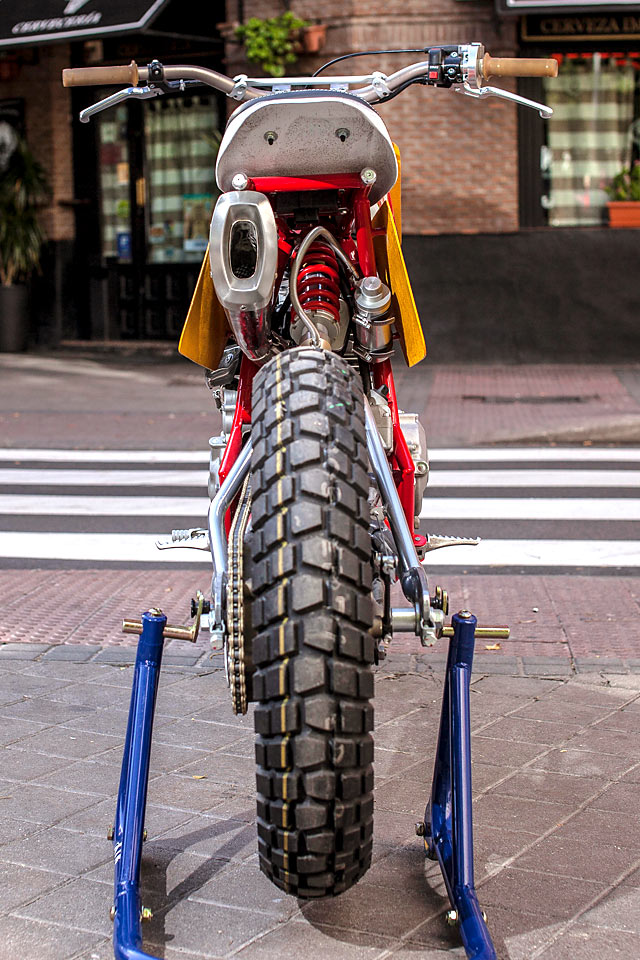