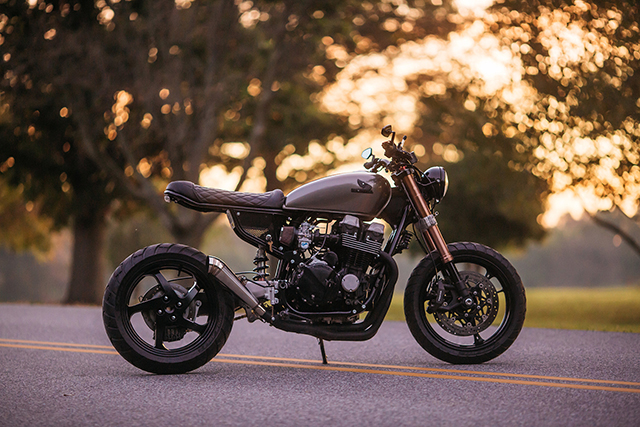 The thing about making mistakes is they usually lead to interesting places. The journey down the path reveals more detail, more possibility, and more to learn. FingersCrossed Moto has forged a path by running a small community garage in Lancaster, Pennsylvania, and helping members learn to create their own. Yet, for founders Matt, Matt, and Joseph, continually forging that path means finding new mistakes to make. This bikes journey begins with one trusting dude and an incorrectly ordered swingarm. 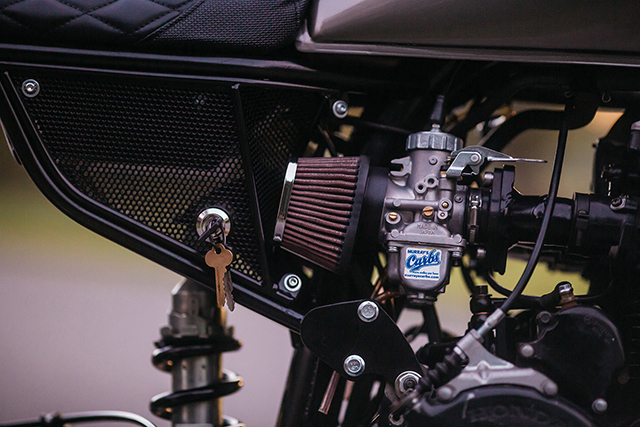 The swingarm in question is from a fifth generation Honda VFR800. The problem was in marrying the mounting point to the rear of the frame. “We decided to custom fab the entire rear half of the frame” Matt explains. When you run an outfit that’s built on teaching others the journey of learning never ends. So the design was modelled in CAD then stress tested using Finite Element Analysis (FEA). Step by step the shape of the new frame revealed itself. 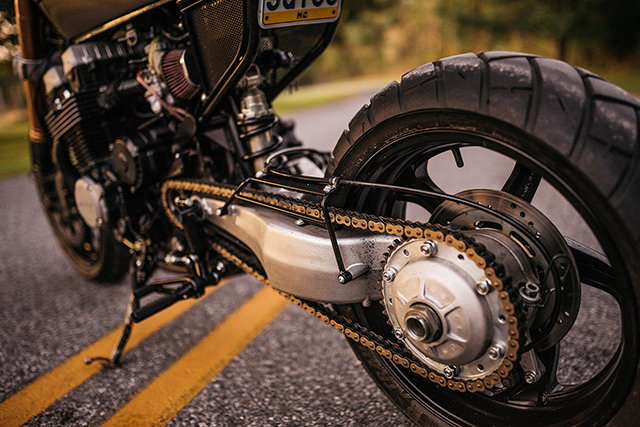 “The basic idea was to make this 99-00 CB750 Nighthawk look as close to a lofty OEM concept as possible” they say. What this equates to is an assembly line of beautifully detailed additions. New subframe, custom. A new seat, custom. Side covers, headlight mount, and an elegant chainguard, you guessed it, custom. Each part tells the story of finding your own way. There is no mistaking the GSXR 600 front end with equally sports-focused All Balls Racing bearings. The front and rear are wrapped in Avon Trailmaster rubber. No matter what path is laid in front of this machine the power out of the 750 will be firmly dug into the earth. “Giving it a little extra boost is a custom set of Murray’s Carbs, 4 into 2 Mikunis” Matt adds. It lets all that power out through a Mac exhaust and custom muffler. 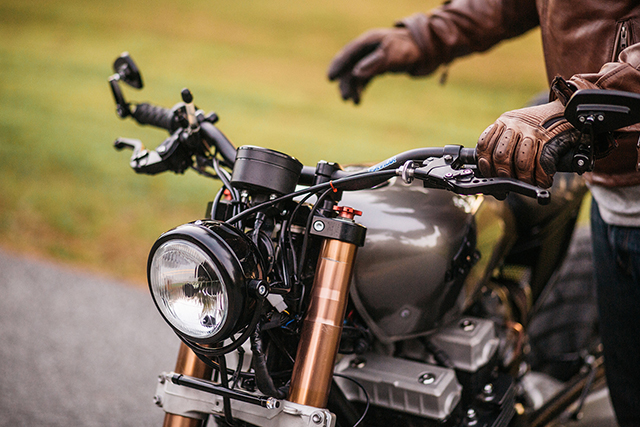 In focusing in on the detail of their mistake the possibility of a beautiful bike emerged. Finishing with a full LED lighting system, signals by Morimoto, and a flawless shade of Honda Desert Silver on the tank, this bike was a journey worth taking. If these guys can teach every man to build, we may never be bored again. 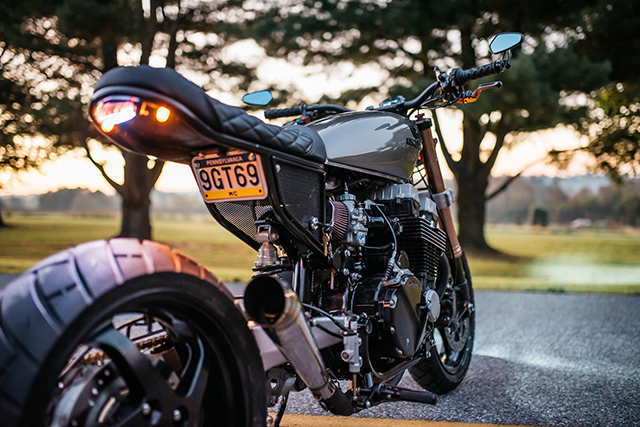 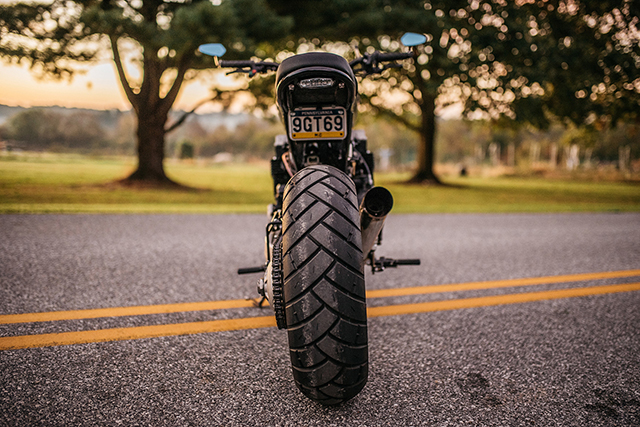 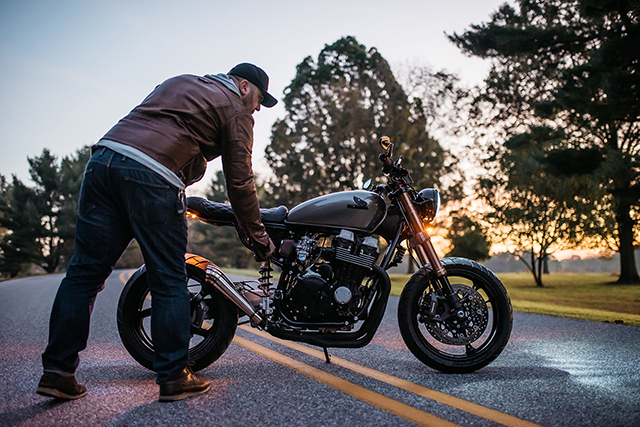 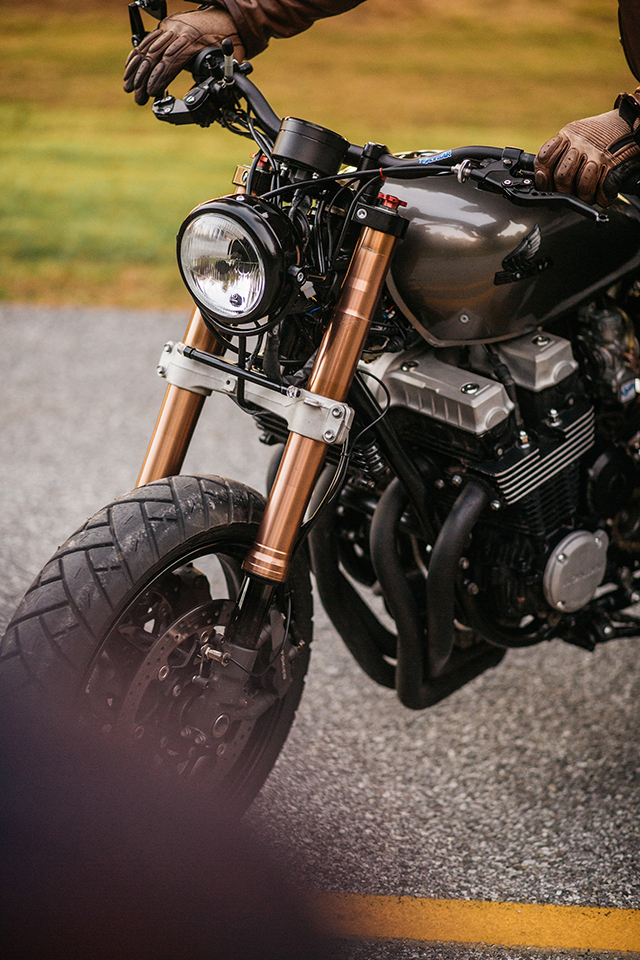 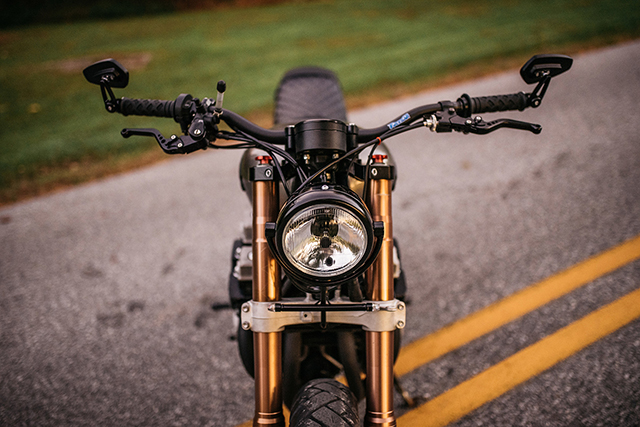 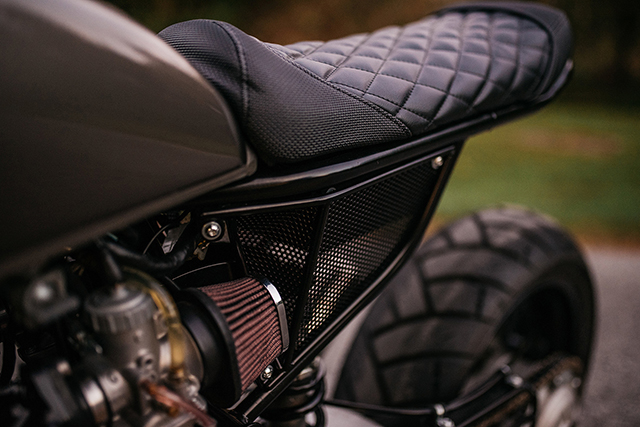 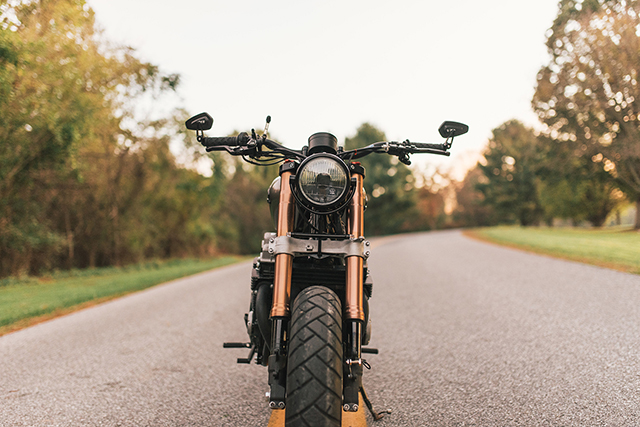 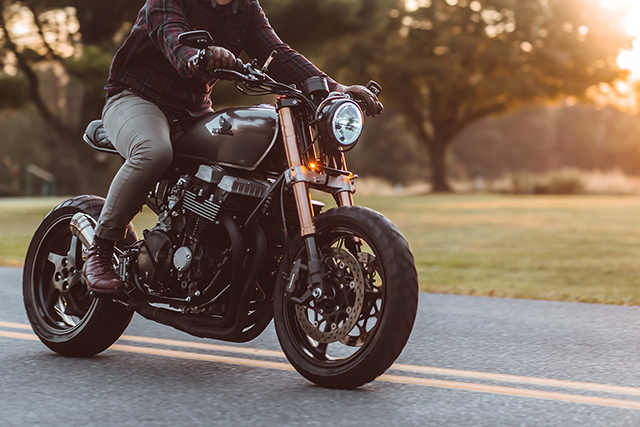 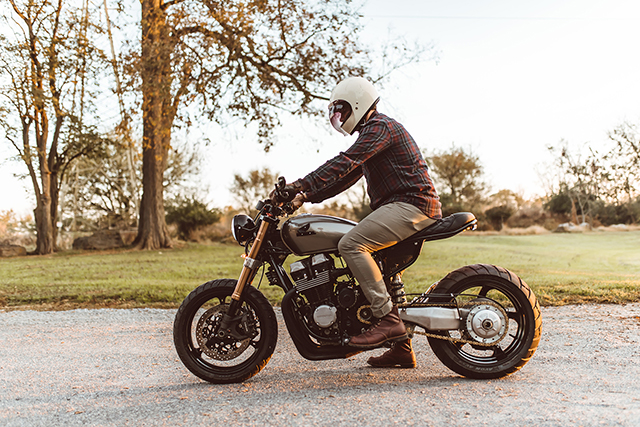 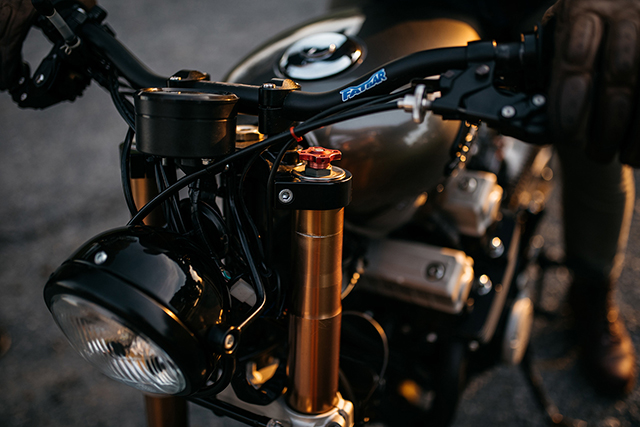 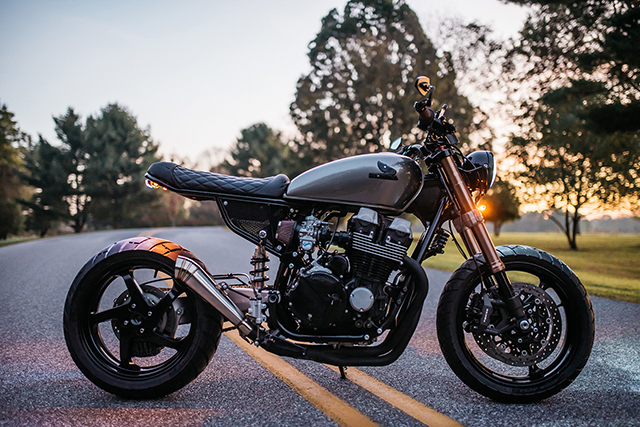