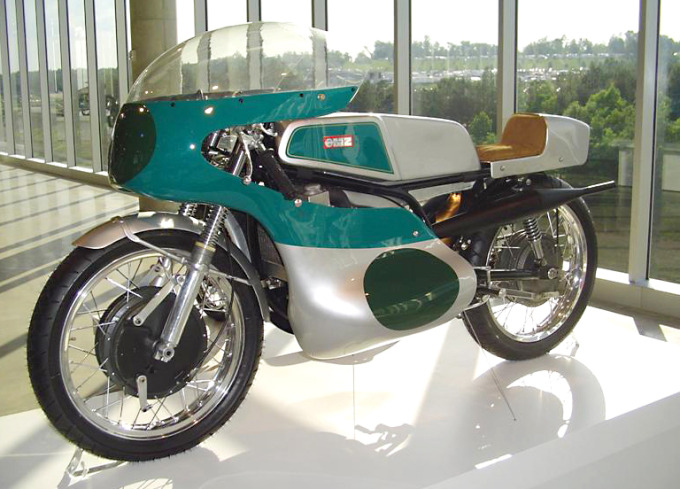 This magnificent motorcycle is the MZ RE 125. MZ stands for Motorradwerk Zschopau (German for motorcycle factory at Zschopau). MZ have a long history of making motorcycle dating back to the early 1900’s by parent company DKW. In 1929 over 60000 motorcycles were manufactured at the Zschopau factory making DKW the largest motorcycle manufacturer in the world. Unfortunately after 90 years of making motorcycles the Zschopau factory closed down in 2008 and was turned into a funky German nightclub called MZWerk (scheisse!). Then last year Former GP stars Ralf Waldmann and Martin Wimmer bought the MZ motorcycle brand for $5 million euros and are rumoured to be in the process of manufacturing a 600cc road bike based on the Moto2 GP project bike. We look forward to watching their progress and we hope they bring this German company back to life with some amazing bikes. Check out this uber cool photo of Siegfried Merkel on his 1964 MZ-RE125 GP during the Retro Moto International in 2007.