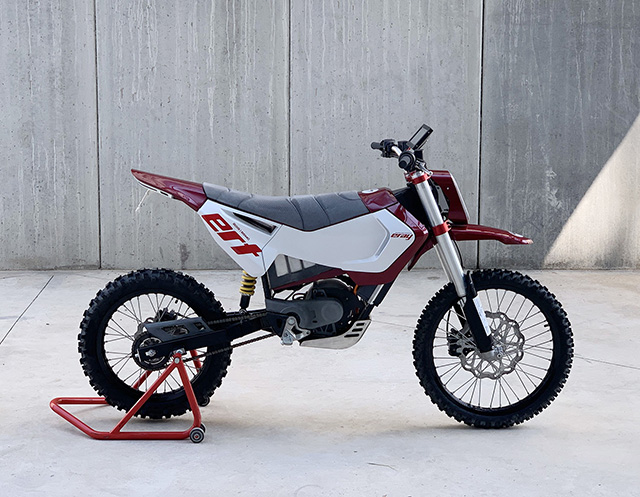 Over the last few years, it’s become abundantly clear that electric bikes will play an increasingly important role in the motorcycle industry in the coming years. The majority of major manufacturers currently have two-wheeled EV’s in various stages of development, and new electric startups are popping up on a damn-near-monthly basis. Consequently, today’s colleges and universities are preparing the next generation of engineers and designers for what will be a largely electron and proton-powered future. 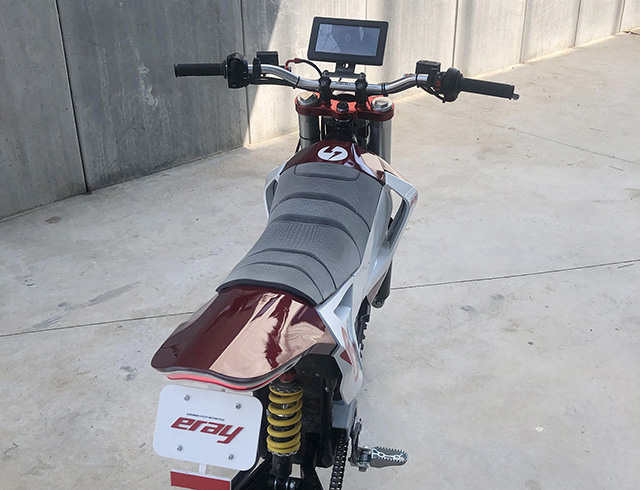 One of the institutions pushing electric motorcycles on its pupils is Spain’s Elisava University. Attached to the Pompeu Fabra University in Barcelona, Elisava offers degrees in design and industrial design. This year, for the first time, Elisava tasked a handful of its fourth-year students to develop an electric off-road race bike from scratch to compete in the 2019 Barcelona Smart Moto Challenge (or BSMC). First held in 2013, the BSMC is an annual event in Catalonia that invites schools from all over the world to create ebikes that compete in a variety of competitions ranging from fastest lap-time to best battery design. 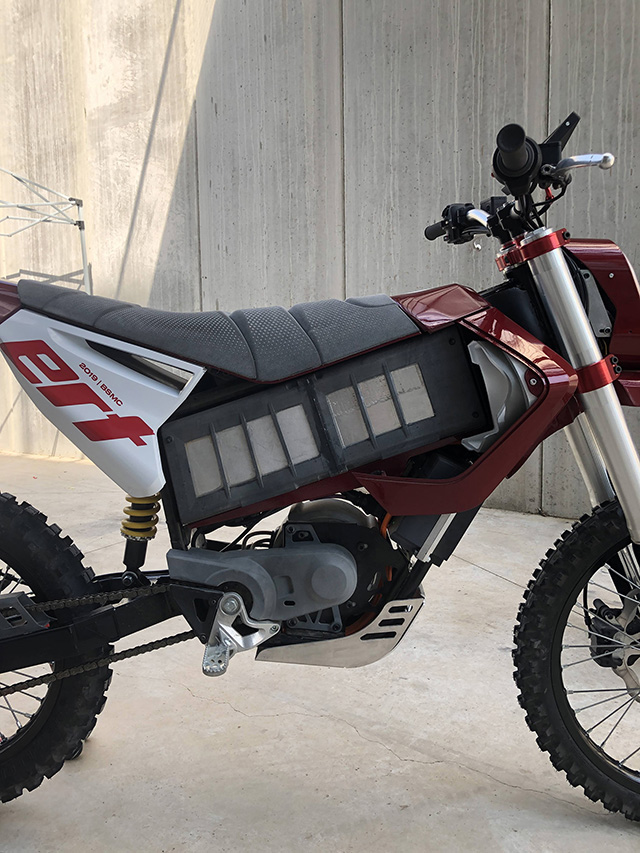 For its inaugural entry, the school formed the Elisava Racing Team, comprised of 11 engineering and one graphic design student. Dubbed, the ‘Eray’ the project was broken down into four key phases, and then individual tasks were divided amongst the team. Instructors gave the students the aim of ultimately creating a bike that was “suitable for commercialization”, while still heavily encouraging them to push the boundaries of customization and production techniques. 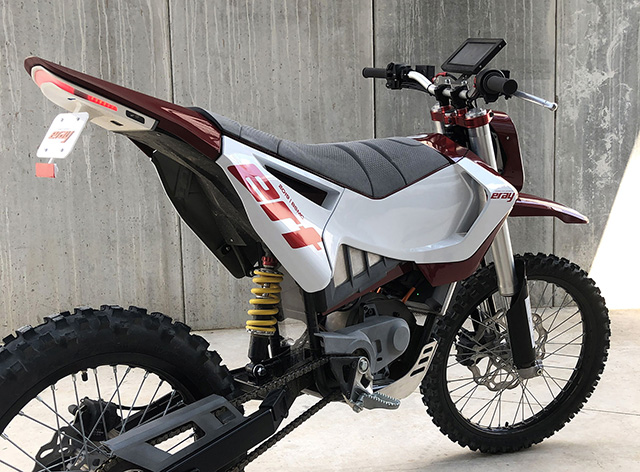 Starting with the frame, a 2mm steel tube structure was fabricated, with the design needing to accommodate a removable battery without too much hassle. A custom-designed swing-arm was also produced for the project. Barcelona-based suspension outfit, Olle — one of the project’s many sponsors — cooked up a custom rear shock especially for the Eray, as well as providing one of its competition-grade R16V forks. Other bolt-on bits include J.Juan brakes and Morad wheels. 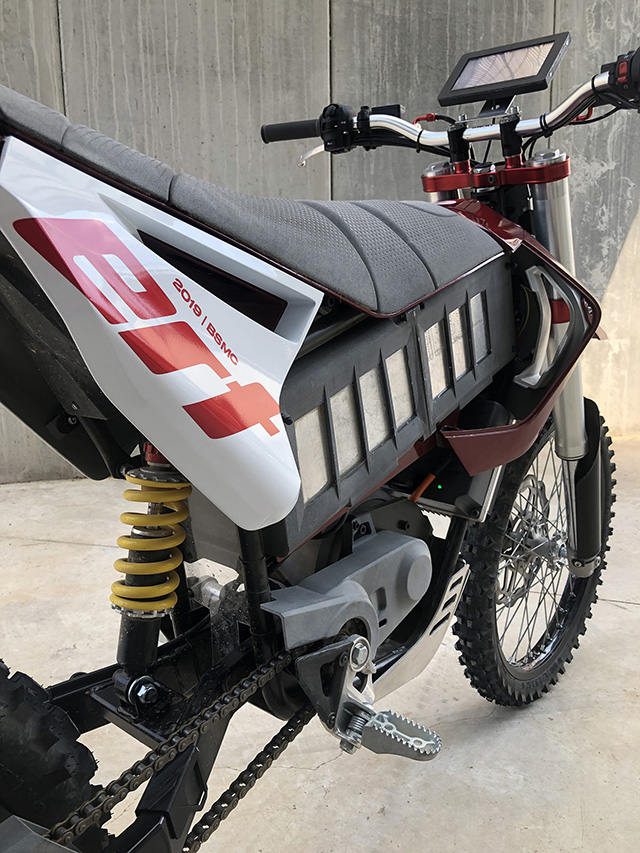 The racer’s design benefits from an extensive ergonomics study. Using the school’s MoCap lab (Motion Capture), the students took measurements of a rider’s body position in various situations common to hard enduro riding. These measurements were then spat into CAD software and used to dictate the final design of the chassis, bar position, seat, foot controls, and bodywork.

Powering the one-off off-roader is an Ashwoods IMP 200-50 motor paired with a Sevcon gen4 controller. The off-the-shelf powertrain pieces draw energy from a custom 252 cell battery pack with 3000 mA that (with a 14s18p configuration) delivers 54 Ah at 51,8V, with a max discharge current of 300 A. The system is said to be good for around 13hp. The battery offers a range of 31-miles (50km) and can be switched out in under two minutes 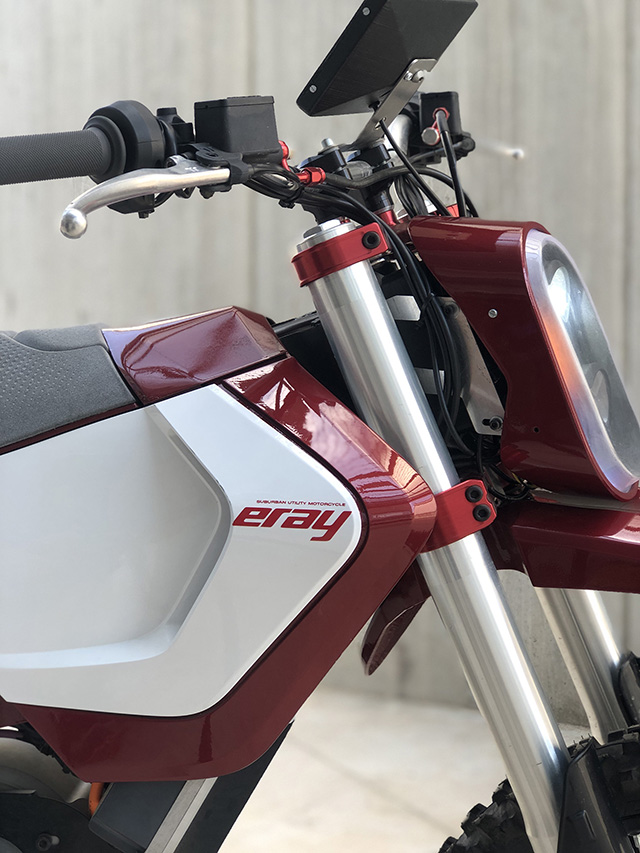 A sleek and modern take on traditional dual-sport-style plastics, the bodywork is completely custom and was designed to be 3D-printed using HP MJF technology. The seat is also a one-off job, and the vented side-panels afford the rider plenty of room to move around, while also covering the batteries and the rest of the bike’s unsightly ancillaries, giving the racer a clean, factory-finished aesthetic. While it’s an original design, the Eray draws some inspiration from existing offerings. The bodywork takes subtle visual cues from the CAKE Kalk, and the custom triple tree and foot-controls were influenced by KTM Power Part components.

The stacked dual LED headlight arrangement is another bespoke element. Encased in one-off housing, the unit boasts integrated signals in the form of an oval LED halo, while out in back a custom-designed brake light — also with integrated indicators — sits flush in the custom tail. 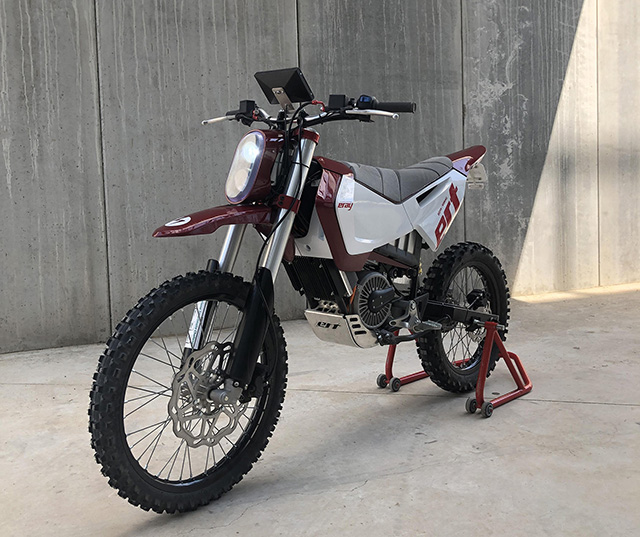 The build also incorporates a cutting-edge “intelligent interaction system”, with built-in blind spot detection, GPS, Bluetooth connectivity,  a seven-inch touch-screen, real-time diagnostics, powertrain system monitoring, and multiple programmable ride modes. The smart system is also linked to a smartphone app that calculates range based on a given route’s gradient and traffic and can inform the rider of the nearest charging location. 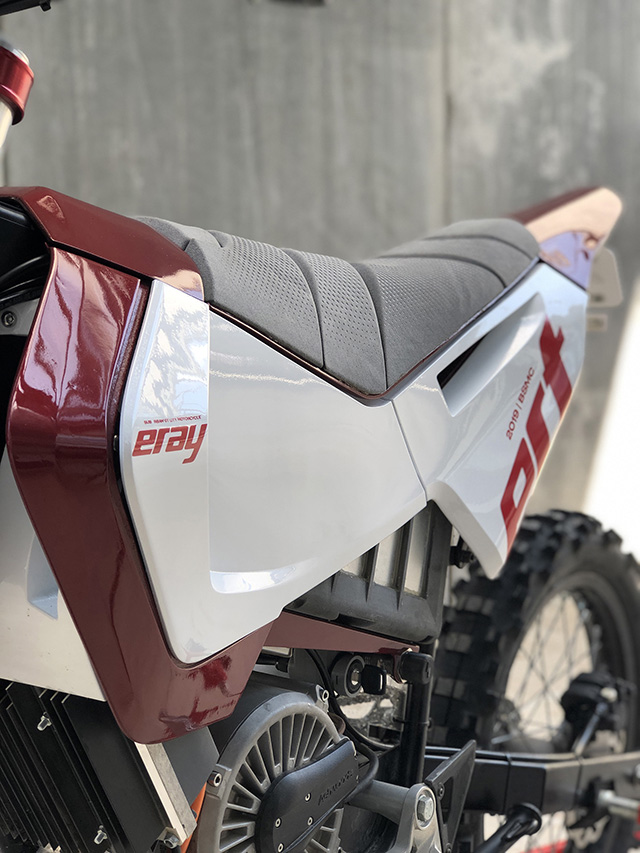 In total the team spent nine-months developing and building the bike from start to finish. The frame, swing-arm, bodywork, electrical system, battery, and lighting setup each constituted individual student’s final projects for their respective degrees. Surprisingly, most of the students working on the project had no prior knowledge or experience with motorcycles before building the Eray. 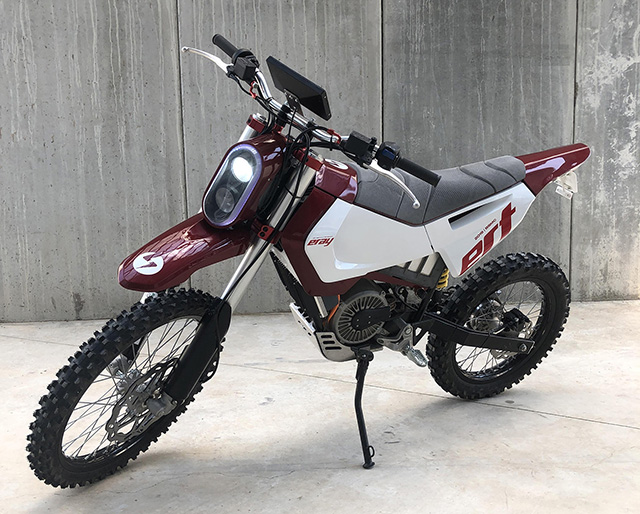 In its first year at the BSMC, the Elisava Racing Team managed to secure two 1st place prizes; one for best battery pack; and another for best smart solution. The team also brought home three second-place awards, finishing the competition in second place overall. This meant undergoing a myriad of static tests (weight, weatherproofness, etc) as well as several dynamic tests on an off-road circuit where factors like acceleration and maneuverability were judged. 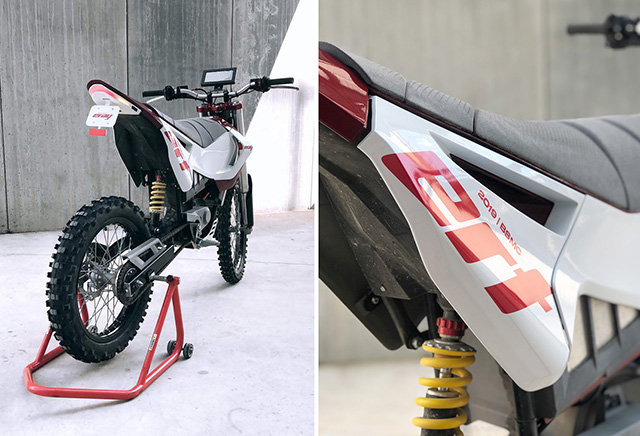 Projects like the Eray are far more than simple design and engineering exercises. These programs legitimately push the EV envelope and produce some cutting-edge machines. A few months ago, the University of Nottingham’s Uon-PP racer completed the run up Pikes Peak a full 25-seconds faster than Zero’s new SR/F. If that doesn’t speak volumes about the caliber of the work being done by today’s students, I don’t know what does. 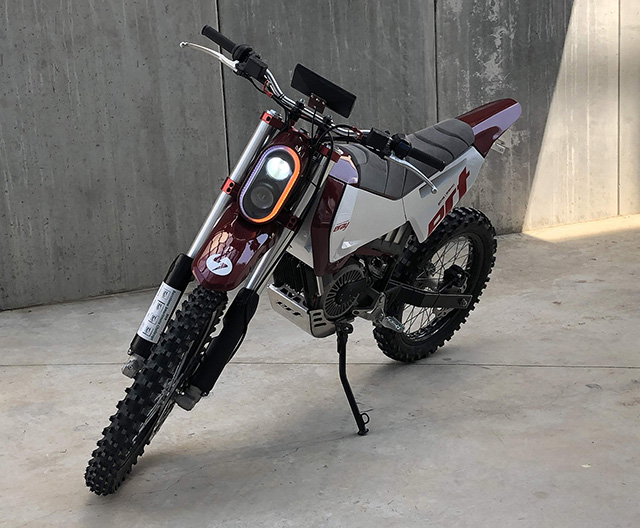