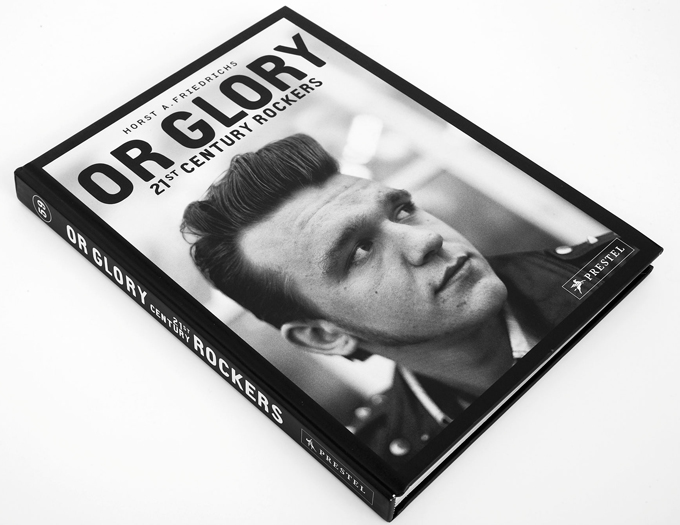 A few years ago renowned German photographer Horst A. Friedrichs released a stunning book on Mods called I’m One: 21st Century Mods. Thanks to Friedrichs amazing photography, the book quickly became an international best-seller. Now he has recently launched the Rocker version, titled Or Glory – 21st Century Rockers. The book features ton-up boys and Rockers from around the world – and of course many classic café racers. For a hard cover book of this calibre we were pleasantly surprised to discover it retails for a reasonable $23 on Amazon. [Spotted on Southsiders MC]