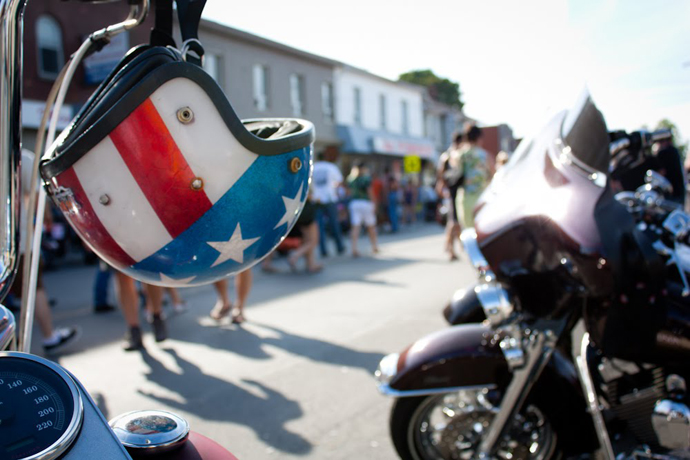 Pipeburn: Can you introduce yourself to our readers?

Tyler Gilchrist: I’m a photographer and bike rider living in Toronto, Ontario. I’ve recently arrived back from living in Boston where I picked up my 1969 Triumph Daytona. I also run a blog called Northshore Run.

PB: What inspires you?

TG: Getting out of the city and – as clichéd as it sounds – feeling the wind in my face inspires me to ride. Seein’ guys do their own thing with their bike – regardless of brand or style – inspires me to find out more. The custom bike scene in Toronto is starting to catch on. There’s definitely some good guys in the city with some pretty sweet bikes. Lots of 70’s CBs and cafe’d out Japanese bikes mixed in with HDs and the odd old-school British bike. Pipeburn, Scott Pommier’s Chasing Thunder and artcoup.com inspired me to pick up a camera and start snapping photos of the bikes and other weird shit I see along the way.

PB: What do you ride?

TG: I ride an ’04 Triumph Bonneville. I also have a ’69 Triumph Daytona and a ’74 Honda CB 200 I’m fooling around with (meaning they are mostly being neglected). I’ve got too many options to decide on a next purchase, but I’m thinking about a rigid tail for the Daytona.

PB: Where would you like your photography to go in the future?

TG: Not sure it’s going anywhere, but we’ll see. I love grabbing pics of unposed bikes and daily life in the city – if all photography does is make me slow down and appreciate that, then I’m happy.