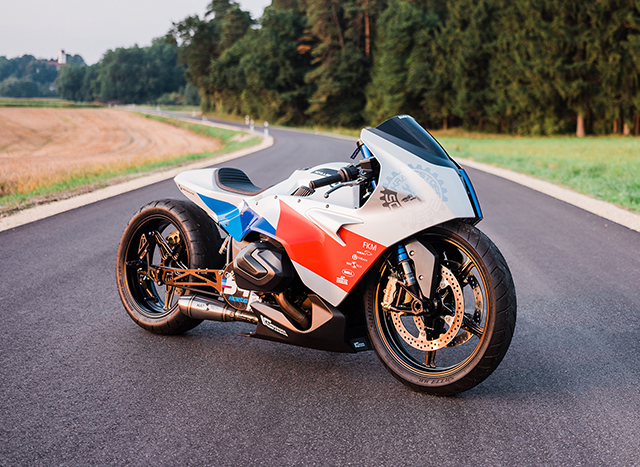 When it was first conceived the Sultans of Sprint race series provided the perfect place for the custom bike builders of Europe to compete in a fun but competitive environment. Fast forward to 2019 and while the teams still party harder than Charlie Sheen, the desire to be the fastest has seen the bikes go to all new heights. With the final round of the series at the Glemseck 101 just days away, Philipp Ludwig of Germany’s Kraftstoffschmiede unveils his midyear update of his radical racer, ‘Achilles’. Teaming up with designer Krzysztof Szews from Man & the Machines, they’ve gone all out on the BMW R1250 RS in the hope of ending the year on top! 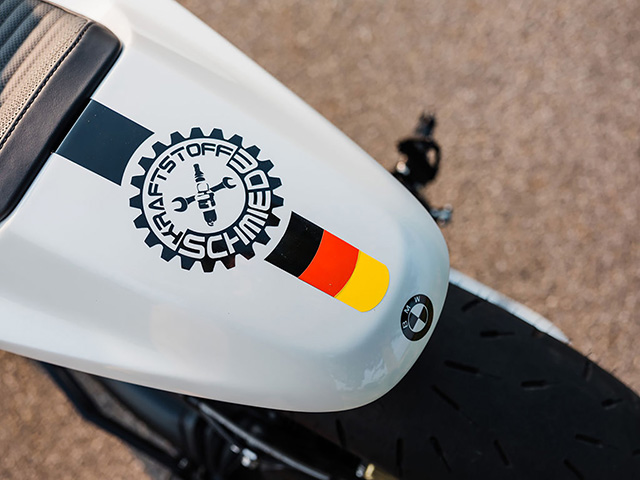 From a small town outside of Munich, Philipp runs his workshop Kraftstoffschmiede and was one of the first competitors in the Sultans of Sprint series, setting out to beat founder Sébastien Lorentz. The Frenchman ran a bike called Lucky Cat and showing the playful side of the sport Phil came to the track to take him on with an old R series BMW called Cat Killer. But as the series grew more competitive, the need for speed saw the Kraftstoffschmiede team step up with a more modern machine based on an R850R known as ‘Hercules’.

By the start of 2019, Phil had revealed his latest weapon, a BMW Motorrad powered BMW R1250 RS, but not resting on his laurels he and Kris have returned from midseason testing with an updated ‘Achilles’ ready for a crack at the grand prize of Glemseck. Having signed a deal with BMW at the start of the year, the brand new bike was soon in pieces and ready for design. “As a matter of fact, there is no need for it to be pretty as long as it performs, right?” says Kris, well not so fast he’s quick to remind us! With 30% of points awarded for ‘style’ their need for speed had to look the business too! 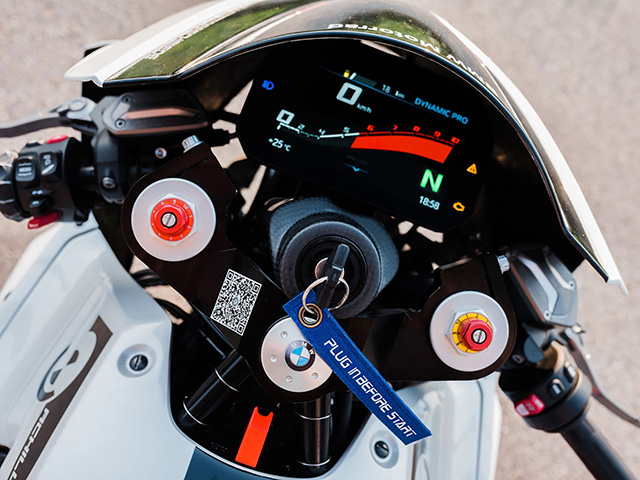 While Kris was designing, Phil and his metal worker Franz set about building some of the practical components that would hide under the skin. The first of which is the all-important fuel cell, with the factory item designed for munching miles, a small race-style replacement with only a fraction of the capacity was built from lightweight alloy. Next up the rear of the factory frame was ditched with an aluminum tail built to serve a multitude of purposes. Not only does it shift the total weight forward, it also houses mounts for the re-designed black nitrous bottle and acts as storage for the vast BMW electronics package. 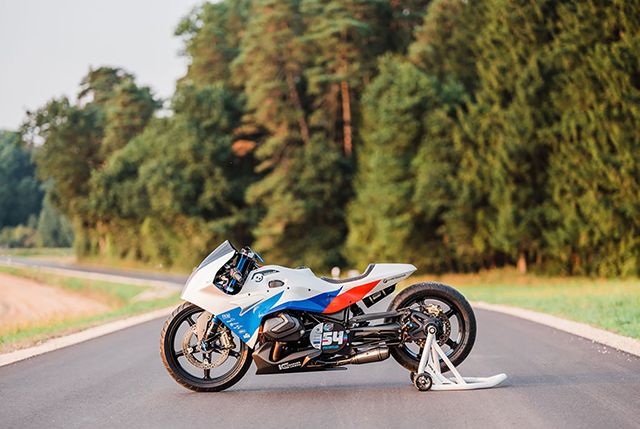 Having found the perfect chassis setup on ‘Hercules’, Phil wanted to replicate it on the new build and in addition to having the weight over the front end to keep it on the ground he knew the suspension setup he was after. With the fine folks at Germany’s Wilbers on board a set of their beefy front forks and rear shock were supplied in fully adjustable trim. The forks are held in place by a CNC machined set of triple trees, designed by Phil with an additional 50mm offset. The mono-shock works with the custom rearsets to transfer rider/bike weight onto the rear slick for launch before progressively rebounding as it moves down the track. 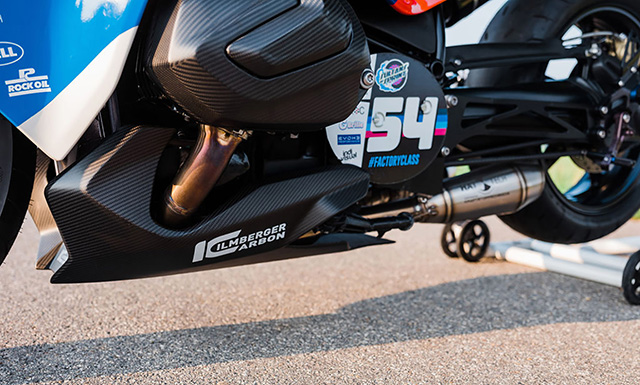 With the base architecture in place the bike underwent a complete 3D scan. Before all digital modeling, form-finding and construction was done by KKN Engineering under Kris’ close supervision. The initial plan for producing the body using a unique basalt fiber process would have melted the budget, instead the monocoque fairing and all structural assembly elements were 3D printed by specialists Creabis and reinforced with carbon fiber. With new additions for the Glemseck round, a 100% Ilmberger Carbon belly pan and valve covers. 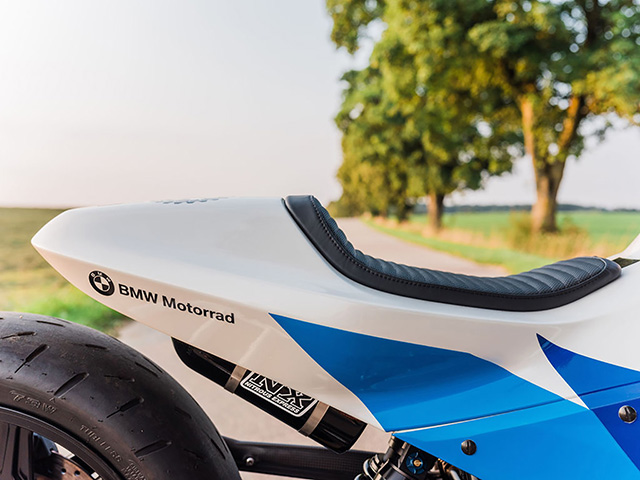 The bike was first launched with a matte grey style finish and heavy graphics, but coming out of the mid-season break ‘Achilles’ wears all-new war paint. Starting with a slick coat of BMW’s Mineralweiss as the base coat, the factory motorsport graphics have been laid down over the top with Kris ensuring the bike looks fast even when standing still. The seat too receiving an overhaul, now stitched up in traditional leather which is much more to Phil’s taste. While showing just how serious they are, the boys ditched the big dollar Kineo wheels and have fitted up BMW R nineT units, a Scrambler front and Racer rear with Shinko rubber, it’s all about what works. 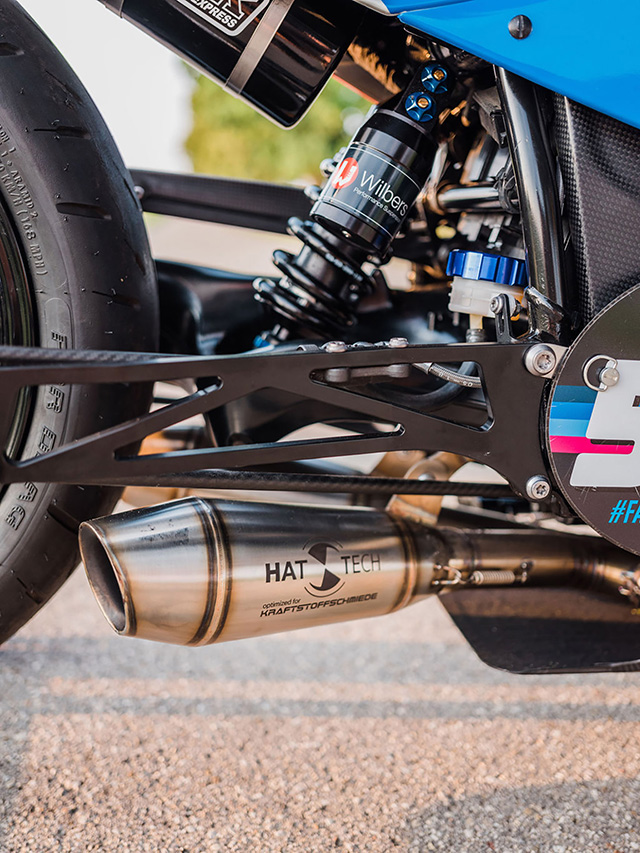 Power is no problem for the team, the ShiftCam equipped 1254cc engine produces 134hp as supplied to them by the BMW factory. To help it breathe a full exhaust system was made just for the bike by Hattech, while the K&N filters pull cool air through the bodywork. But boosting the figure substantially is the Nitrous Express system that Phil has spent hours fine-tuning on the dyno. The complex Euro5 electronics made for some headaches but now sorted ‘Achilles’ has more than enough power to take on any of the friendly but fierce competition at Glemseck. So happy are Phil and Kris with their combined effort that they’ve joined forces to launch RENNSTALL MOTO and their next build is already underway! 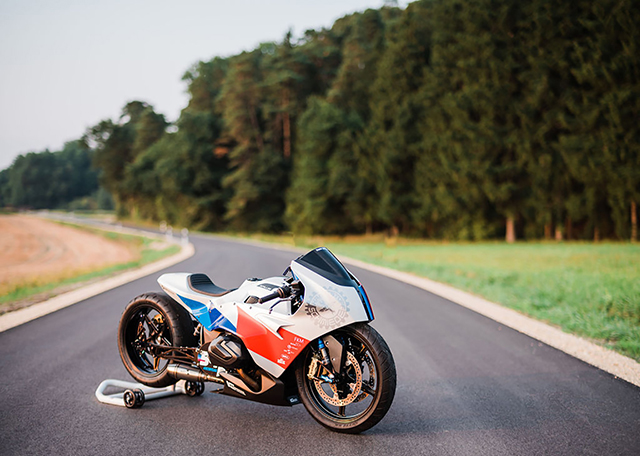 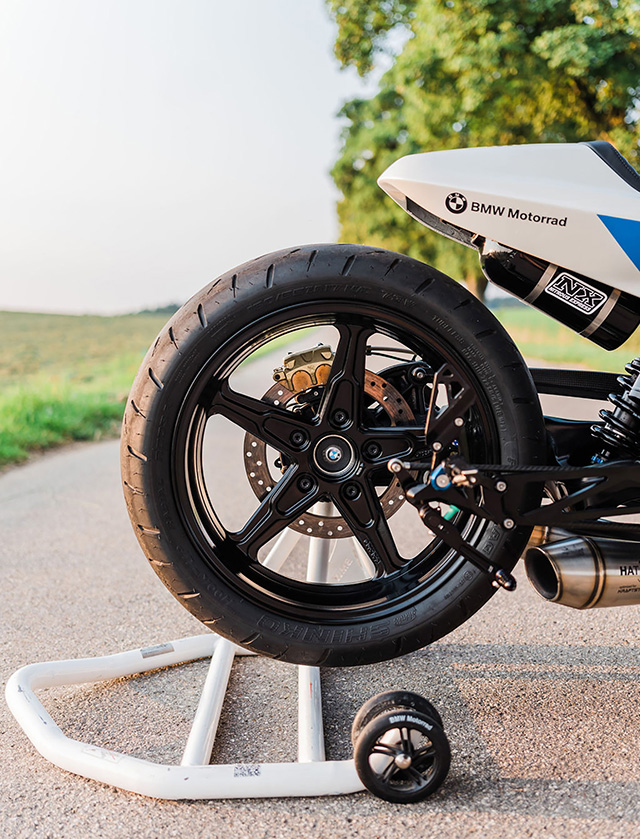 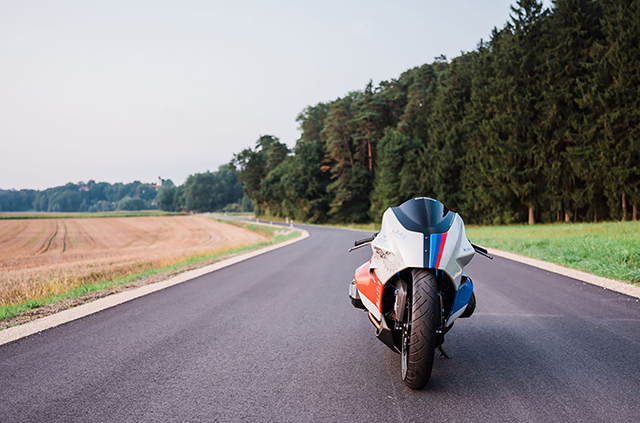 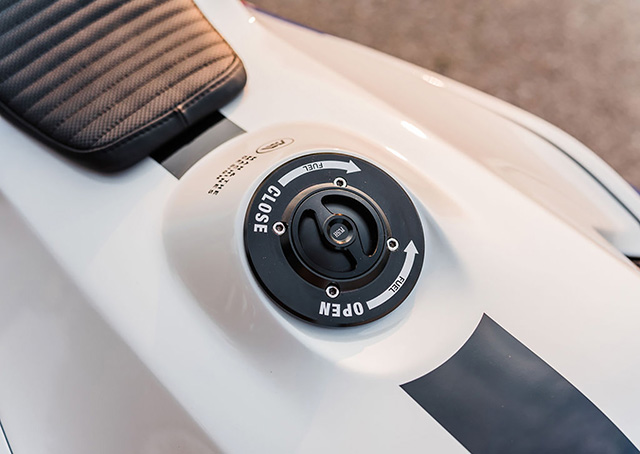 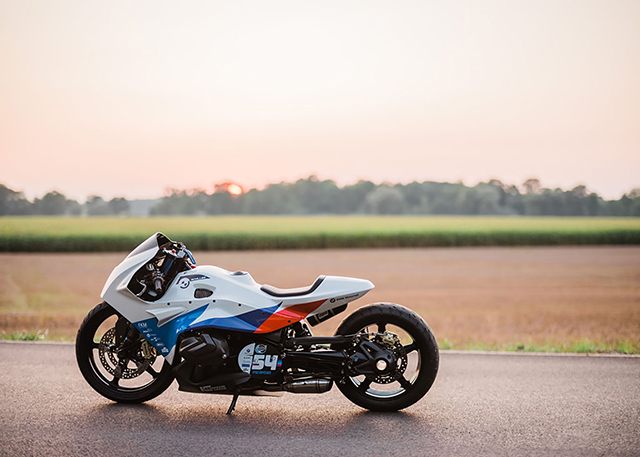