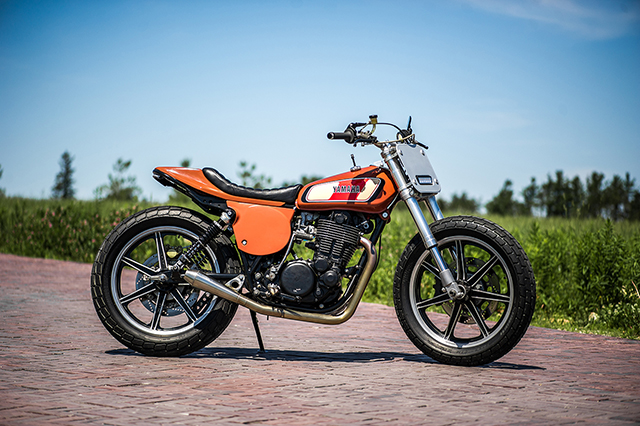 We all have family heirlooms that have been passed down from generation to generation. Like expensive silverware, bone china plates, antique furniture and the most precious of all – motorcycles. We love a good story about a bike being in the family for decades and this is one of those tales. From as young as five years old, Jerrett Bellamy from Ontario, Canada, has been riding this exact Yamaha XT500 with his dad. “He made up some foot pegs that would clamp onto the frame so I could ride in front of him,” recalls Jerrett. “I can remember riding with him hanging onto the handlebar and us popping little wheelies.”

Jerrett’s dad ended up selling the bike to a local guy where it sat for 20 years in his shed. As luck would have it, his dad started working with the guy that had the bike. “We asked to buy it back a few times but the owner wanted to restore it. A couple of years later the owner told my dad and I to stop by and check it out. We pulled it out of his back shed where it had sat for 20 years or so. He pulled out the ownership, signed it, and gave the bike back to us for free!” 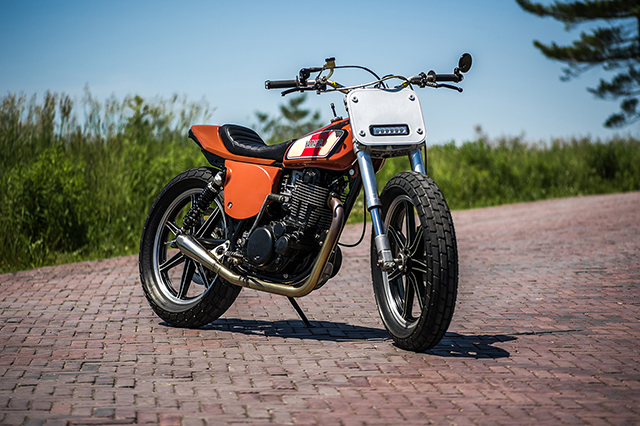 As soon as the XT500 made its way back into the family, Jerrett’s dad rebuilt the engine, then Jerrett tore into it to make it his own. The build was named ‘Project X-Tracker’ and was inspired by his history of riding and racing Flat Track, Supermoto, Off-road and BMX. “The goal was to mix modern performance with the original vintage styling to maintain the bike’s history,” he tells us. “My day job is a mechanical engineer. The rear brake & drive configuration was a personal engineering challenge to fit both on the same size of wheel. It may not be the most practical setup but it looks cool and was fun to build.” 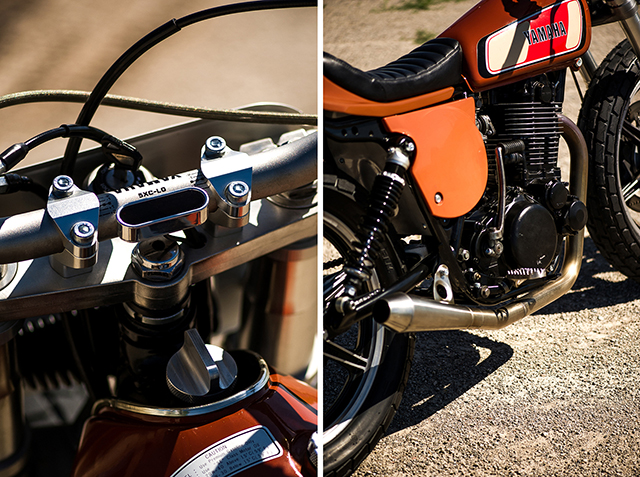 So with the modern performance and vintage styling in mind, they swapped out the stock front forks with a 1996 Suzuki GXSR 750 – shaving off all the extra mounting brackets. To give it that flat track look, Jerrett went with a simple aluminum number board with an LED light bar recessed into it. 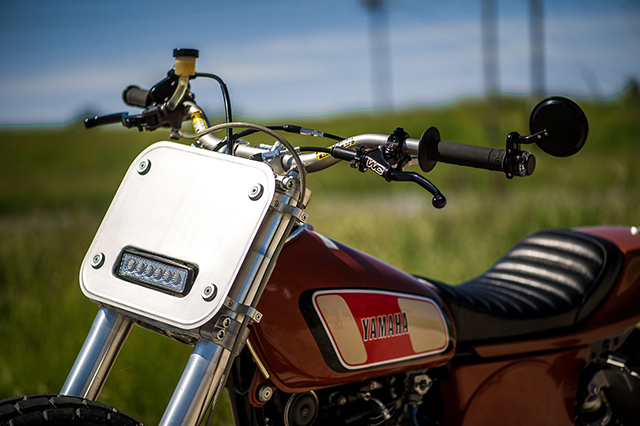 Keeping it clean and minimal on the bars, Jerrett used Motogadget bar end signals. Mini push button switches & Motogadget relay were used for signals. All wiring was routed through the ProTaper handlebars, which he rescued off a YZF250 dirt bike. 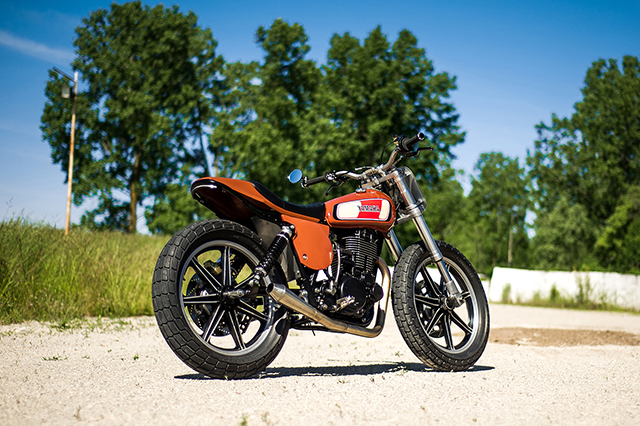 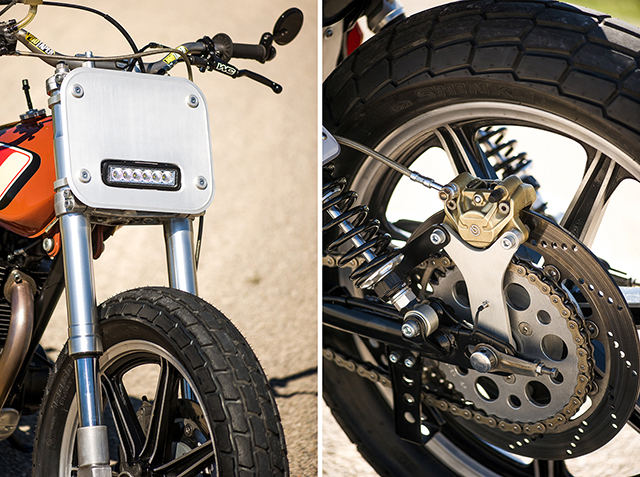 The 19” front and rear wheels were one of the biggest challenges of the build. “The cast Yamaha front wheels had a custom machined hub for the disc brake and the rear wheel has incorporated the drive sprocket and brake rotor on the same side of the wheel. The rear wheel setup was one of my engineering challenges for the build. I had modelled everything in Solidworks 3D CAD to make it all work.” 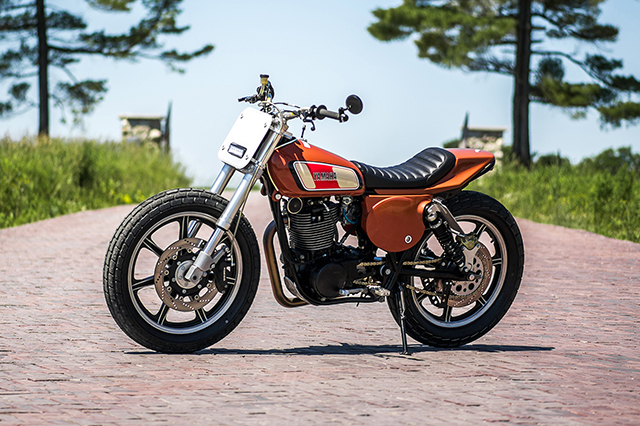 When it came to the seat, Jerrett’s dad had luckily been a bit of a hoarder of motorcycle parts and still had the original Knight style fibreglass seat pan he used decades ago. “I made a fiberglass base to match the seat pan contour right to the rear of the fuel tank, then Haversack did the foam and leather seat.” 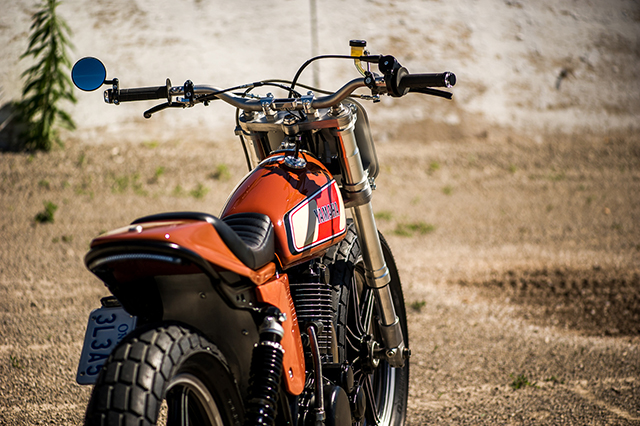 Project X-Tracker turned out better than Jerrett could have imagined. After spending 3 years building this bike in his spare time, using funds from his side hustle, this XT500 is going to stay in the family for the next generation to enjoy – his son already loves sitting on the bike with his dad, just like he did as a kid. 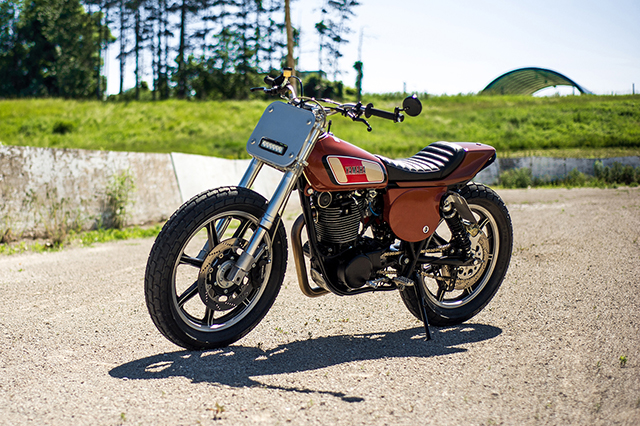 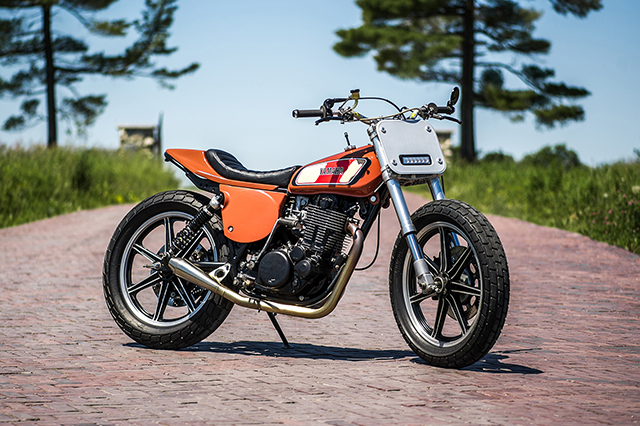