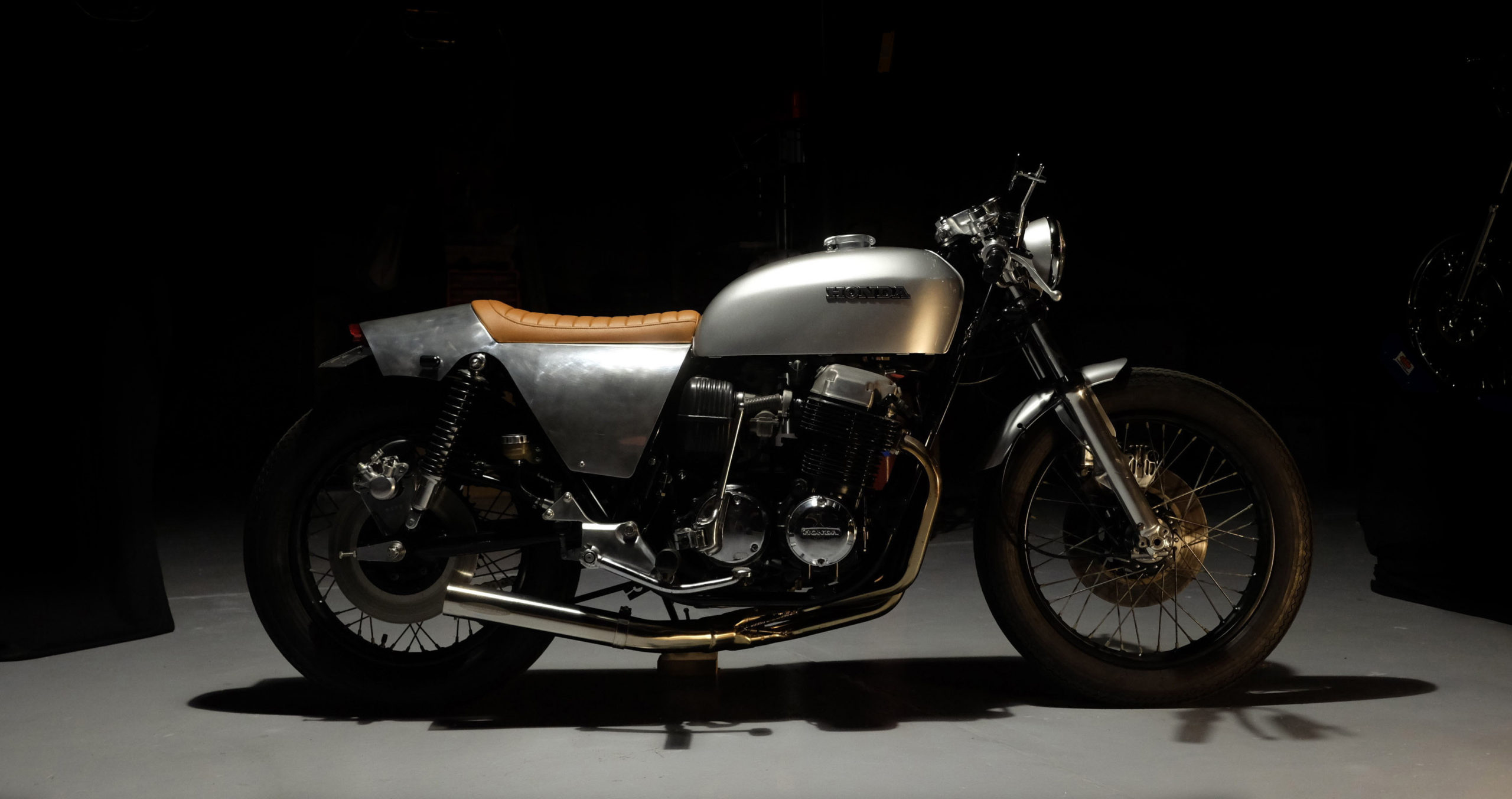 Honda CB750, check. Firestones, check. Tan seat and clip-ons, check and check. The photos tell a story we’ve heard before. However, as I sat with Giles and Andy of Sabotage Motorcycles in their new warehouse space in the back streets of Sydney, Australia, there was a slow unfolding of a story they have been writing for years. This story is as much about rebuilding a bike as it is in the reclamation of a space to sow the seeds of growth. This commissioned build of a Honda CB750 was born from fine detail deliberated in close-quarters.

Andy and Giles were harder on their own café racer cliché than I’d expected – no doubt they feared the internet trolls lurking beneath the bridge from their home-builds to a new dedicated workshop space. This bike’s magic lies in the details and the craftsmanship of them. As I stared at the triple tree, Giles filled in the details. “We didn’t want it to be flat” he explains, “it’s about having a depth to the piece”. Each new piece they fabricated on the lathe and hand finished was to echo the cast metal of the original parts. This bike is an exercise in sculpture.

As I stare down the flank I see each fold and curve marries to the next. The contemplation was painstakingly endured in their shared single car garage. Moving from the micro to the macro view required a game of Tetris. Hours dedicated to standing back for deliberation to see the sum of intricate parts.

I can feel their pride in working with the space they had and with the bike that was presented to them. The 750 more than doubles the capacity of any of their previous builds we’ve seen before here and here. Slim and sharp 125s and 360s have been succeeded by a confidence in curves. Like the sway of hips in motion your eye is carried down the length of the body.

The bike started out as a salvage operation. Wiring looms cable tied on. The frame stripped of original mounting tabs. Rather than do the frame more damage they saw their opportunity to create the three-dimensional seat and side-cover cowling. A Honda CB750 cliché it may be on paper but they’ve lingered on the details that this particular bike was stripped of.

It’s not a shouty-look-at-me kind of motorcycle. It’s more like a gentleman perched in a well-worn seat at the local bar. He’s worked hard for his lot and if you’re willing to listen he’ll reward you with more than one good tale. The lessons it has taught Sabotage Motorcycles won’t be forgotten. They have a grand space to play in now. There’s a bench fully laden with templates and metal. I only see a frame and two wheels but I trust Andy and Giles see much more.