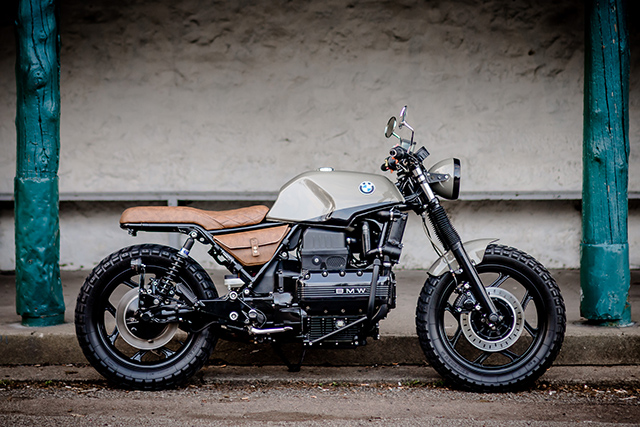 | Photography by Niall Porter
When you reside within the custom motorcycle world and new people wish to join the fray, they always have one of two questions. What bike should I buy as my first steed or which bike should I choose for my first build. The answer is to both is really the same; cheap, light, basic and reliable. Lucky for all of us David Ewen ignored the advice I would have offered and chose to take up the challenge by building a killer custom for his first ever ride! From the barely breathing remains of a huge 1985 BMW K100 comes his street scrambler, that goes by the name ‘Revive’. 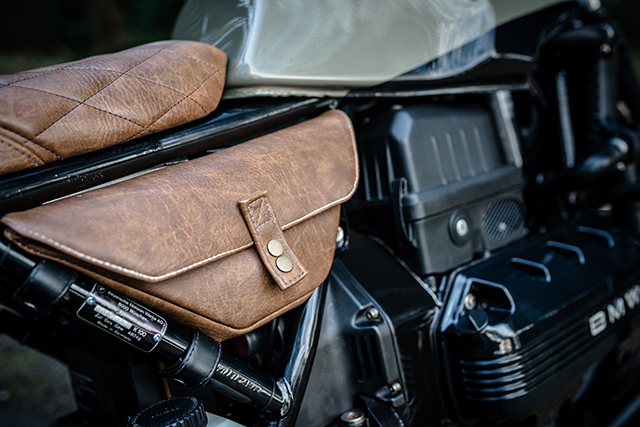 David passed his test back in February 2017, and now with license in hand he was looking for the fabled first bike. But one movie meant he knew the style long before the make or model, “I was inspired by the scene in The Curious Case of Benjamin Button where Benjamin (Brad Pitt) rides the red Indian 101 Scout one handed down the road, helmet-less and wearing aviators, I knew the classic look was for me,” he tells us. 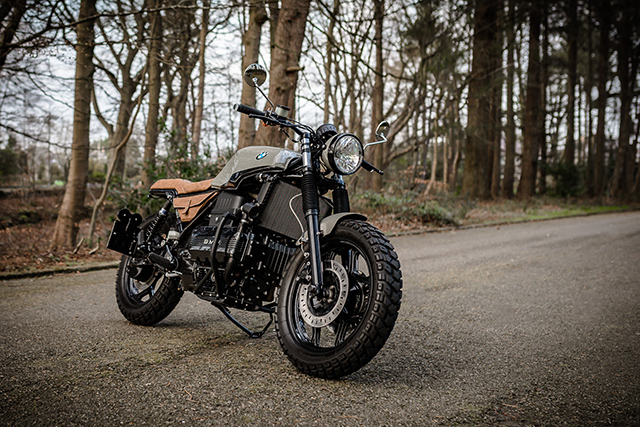 So the search began and with a small 3×3 shed at the bottom of the garden, he wasn’t opposed to picking up a bike that needed a little work. For a first bike and build, a running but junky looking Yamaha SR or Honda CB would be perfect; but willing to go against the grain he found a BMW K. And just to make things even harder this particular barn find hadn’t run for six years, had been through ten previous owners and was showing plenty of mileage on the odometer. 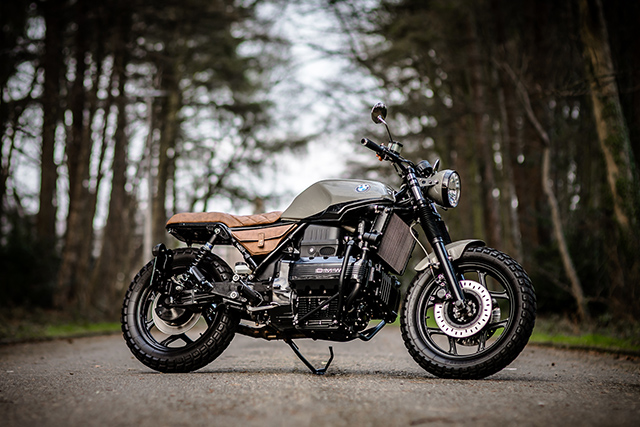 Oh, did I mention it was totally fire damaged? David is a man right after our own heart’s and despite being new to the game he committed to a full on rebuild, right down to having that thumping four banger split to the cases! “The difficulty was making the bike appear older than its original mid ’80s touring form and getting around the arguably strange and sharp tank lines the K100 bears once fully naked but I could picture it well in my mind,” David explains. 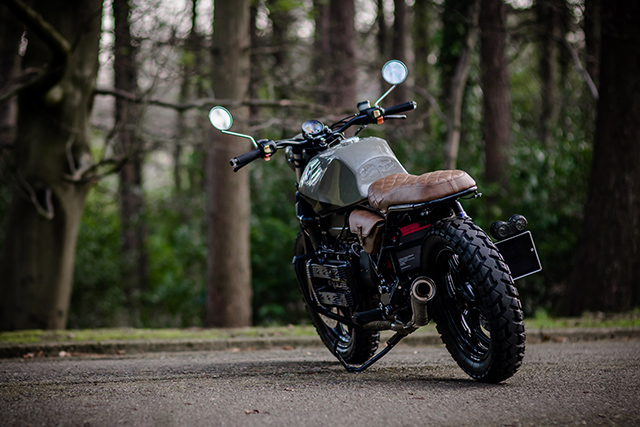 Down to a bare chassis David commenced work on the tubular space frame and with it all smoothed out, it looks brand new in a fresh coat of black. Now he could begin to assemble it as a roller and the shaft driven swingarm is now controlled by a Hagon monoshock. Up front and the forks look better than the day they rolled out of the factory, now complete with gaiters. While the repainted factory wheels are now wrapped up in a set of all purpose Heidenau K60 Tires. 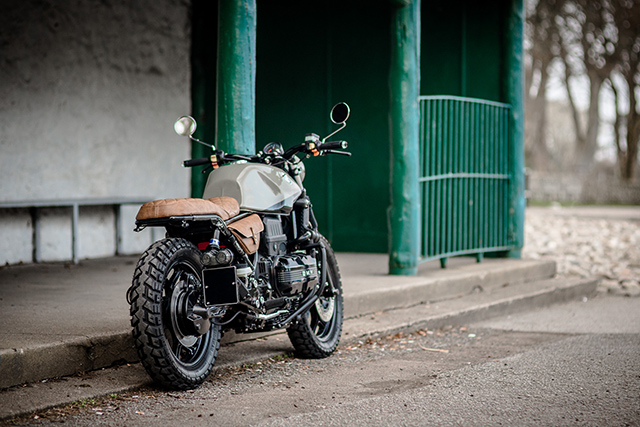 The big horizontal four cylinder engine is definitely not what you’d normally see a new rider bolting into their first bike. But perfectly pieced back together the smooth torque monster will provide years of trouble free motoring; as any well built BMW should! A new lightweight battery kicks things to life but it’s the soundtrack that is drastically improved with a C4R 4 into 1 exhaust system that has the added benefit of providing some extra punch. 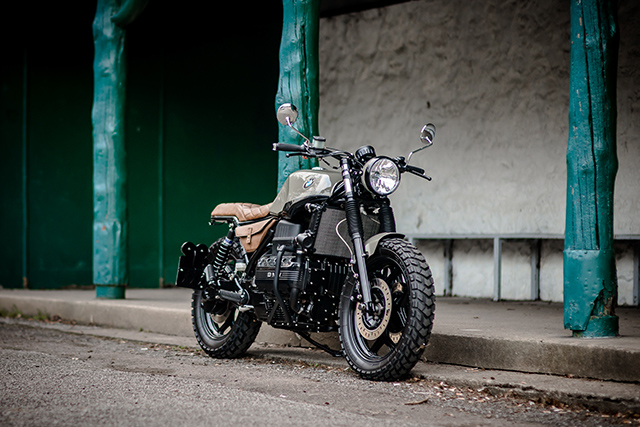 To get the look of the bike David was after he focused on steering the styling away from the ’80s to something far more timeless. To achieve this he began with a custom seat, wrapped in a neutral leather that has been finished in a classic diamond stitch. To complement the look, the side covers are replaced by very function friendly leather saddle bags. With the metal work now resplendent in the two-tone gloss metallic paint that helps to dissolve the sharp lines of the tank. 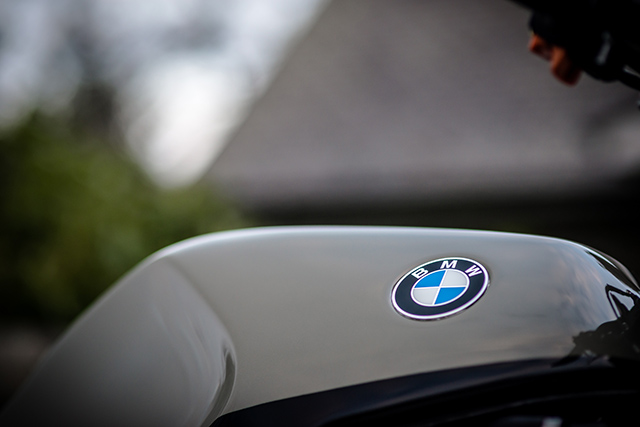 To ensure ‘Revive’ was a pleasant place to spend time, the ergonomics get a full make over with LSL bars sporting Motogadget indicators that are also used at the rear. A new Shinyo headlight and Acewell speedo keep the front end clean and uncluttered with a custom side mounted taillight assembly doing the same for the rear. “I wanted it to be functional and comfortable as it would also become my daily ride,” David smiles. And it’s mission accomplished, with a killer custom any first timer would be lucky to ride and rightfully proud to say they built it on their own! 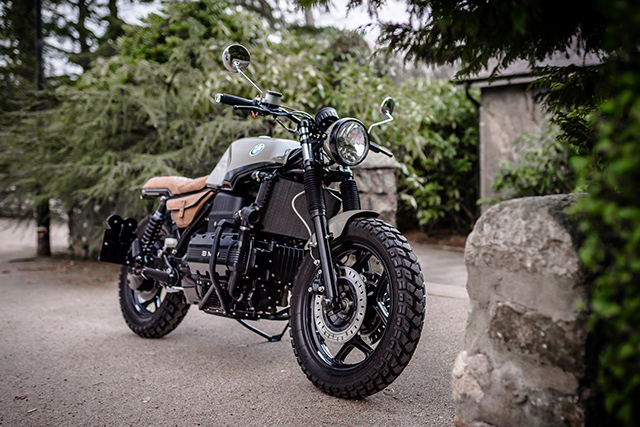 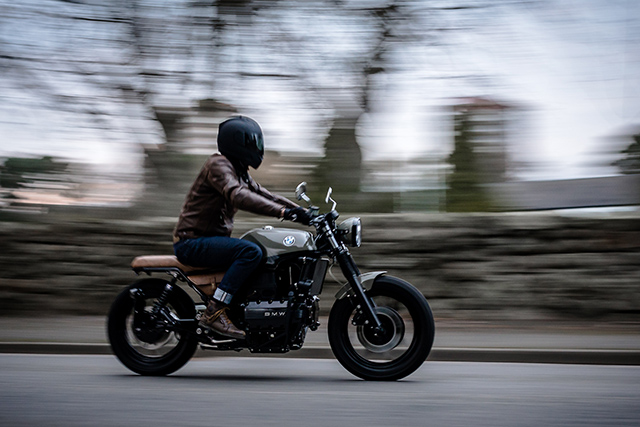 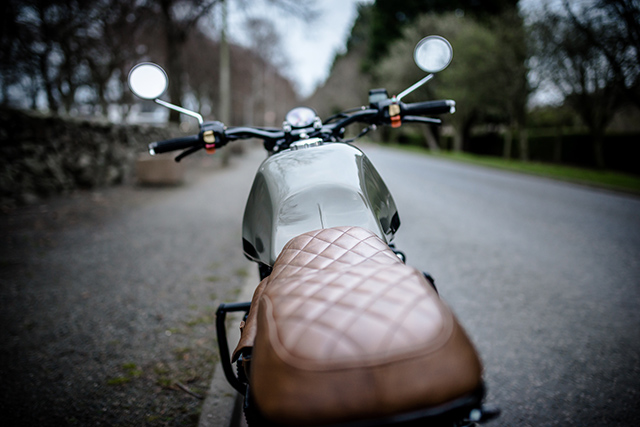 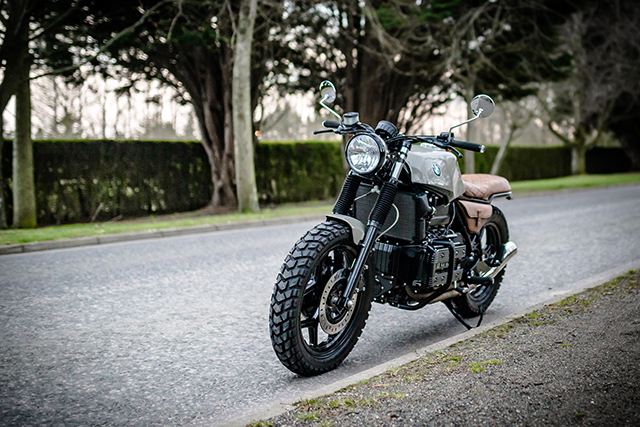 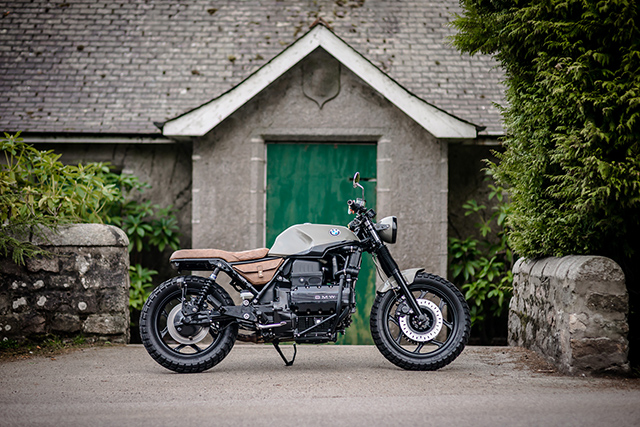