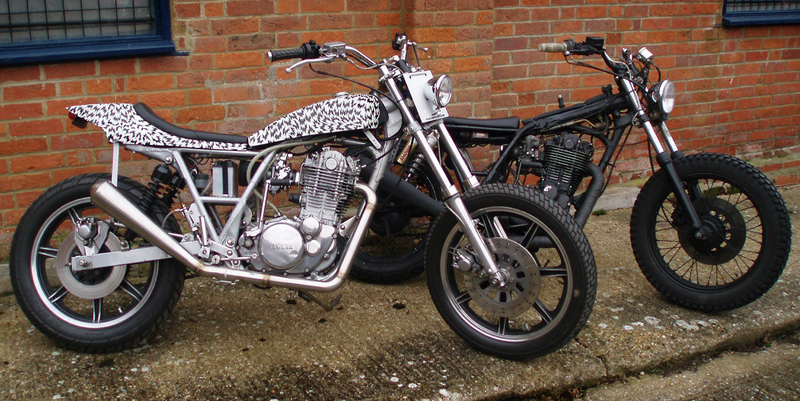 This ‘designer’ SR500 street tracker was built by Steve Hillary at the Red Max Speed Shop for the opening party of London fashion store Present. Red Max are based in Hampshire, U.K, and are involved in the fast growing Shorttrack racing scene in Europe. They may have a passion for trackers, but they also build some nice cafe racers and bobbers. Redmax made the custom parts, fabrication, SR tank and the seat was custom made by Bratstyle. The eye-catching paint job is by the talented guys at Death Spray Customs, although the design is by Japanese fashion designer (based in London) Eley Kishimoto and is appropriately named “flash” print. If you think the design looks familiar it’s probably because it featured recently on a range of Ruby Ateliar helmets. But it doesn’t stop there, you can even buy matching shoes, skateboard and backpack to go with your helmet. Hit the link to see the Red Max SR500 Flickr page. [Found on Sideburn Blog]