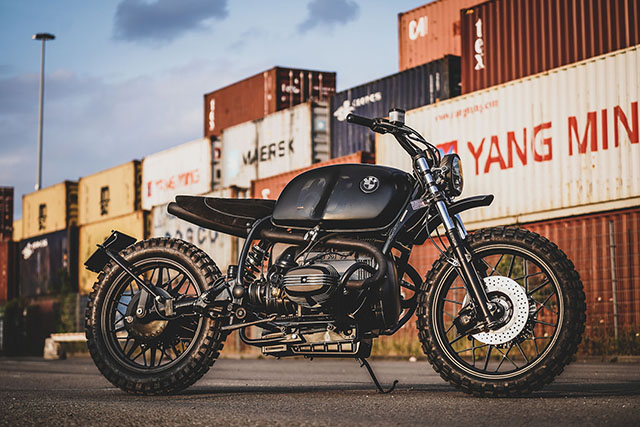 Dirk Oehlerking and his shop, Kingston Custom have a heap of stellar BMW-based builds to their name, but when one does something over and over again, you run the risk of things getting a bit stale. So, when a new order for another boxer-twin project came across Kingston’s desk, the German customs outfit knew it wanted to buck the status quo and create something different. 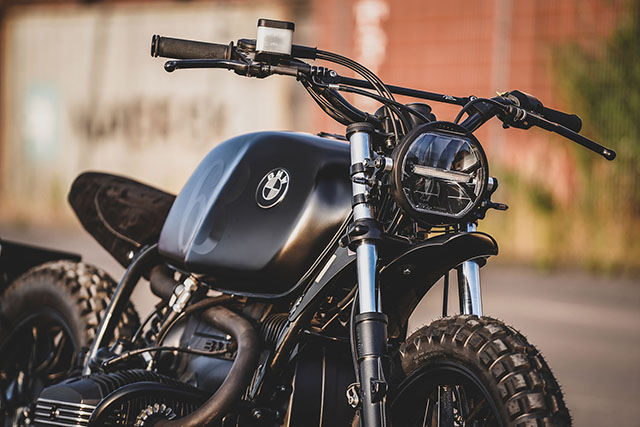 The bike was originally commissioned by a customer that already has a Kingston-built R75 Bobber, and was now pining for a BMW scrambler build. Opting for something with a few more ponies, Dirk selected a 1980 BMW R100 RS. With its air-cooled, 980cc, OHV, boxer-twin offering 70hp and 56.ft-lbs of torque, Kingston felt the Bavarian tourer could make the basis for a fascinating, stripped-down scrambler build. 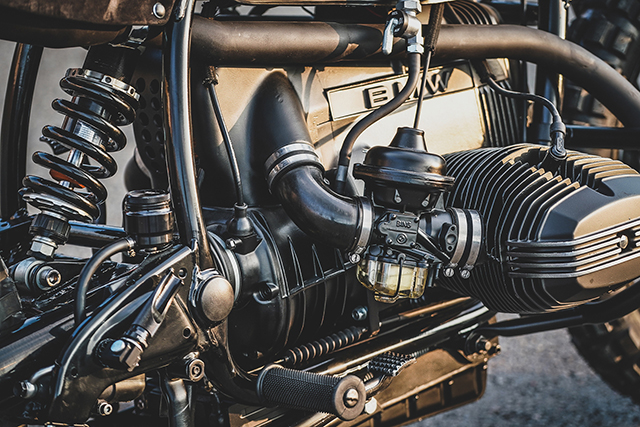 The colossal fairing was removed and the sport-tourer was stripped down to the frame. The subframe was binned to make room for a suspended, hooped unit that supports a handmade seat adorned in a black suede seat. Where ass meets bike, Kingston’s added a quilted stitch-pattern, adding style-points and a little extra traction in the saddle. 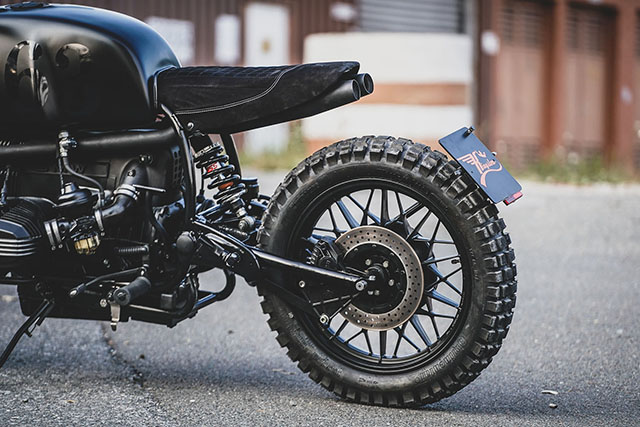 A custom pair of one-into-one pipes flow up over the cylinder heads, winding under the frame and culminating in dual Harley mufflers mounted under the seat. 2mm sheet metal coated in heat tape keep things from getting too toasty. Moving forward there’s a set of braced LSL bars and an analog tach behind a Koso headlight, while the tail light and turn signal duties go to Shin Yo pieces. A high-mount front fender was also fabbed up, and on the opposite end, a custom LED-lit license plate bracket was added to the mix. 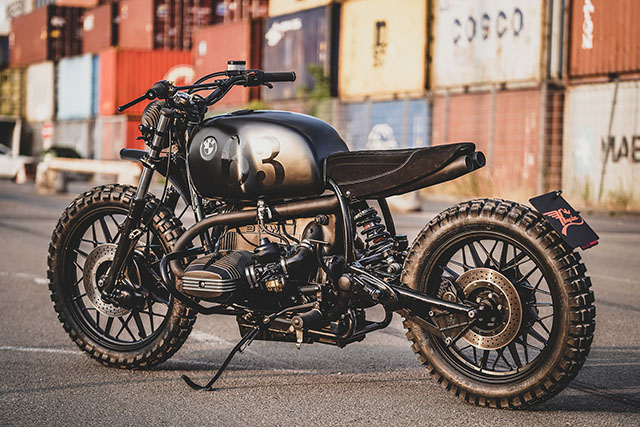 The entire build has been decked out in a blacked-out paint scheme. The stock tank remains in play, but has received a coat of matte black overlaid with gloss black numbers on either side, and in place of the
stock Roundels are a set of black and white badges. The steel frame, swing-arm, and engine were also painted black, as were the stock rims which are now wrapped in knobby Continental TKC 80’s. 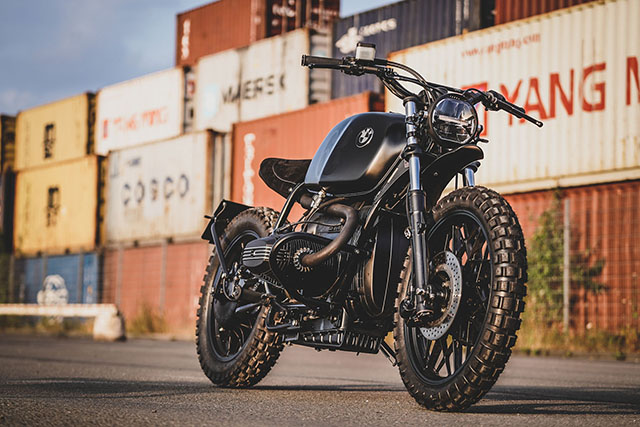 The BMW’s stock suspension has also been heavily reworked. Out front, the factory fork’s been shortened by 50mm. The RS’s stock swing-arm was swapped out for a unit off an R65, which was then stretched and
reinforced. The German shop also developed a mono-shock with YSS to go with the modified swing-arm, replacing the factory dual-shock setup. 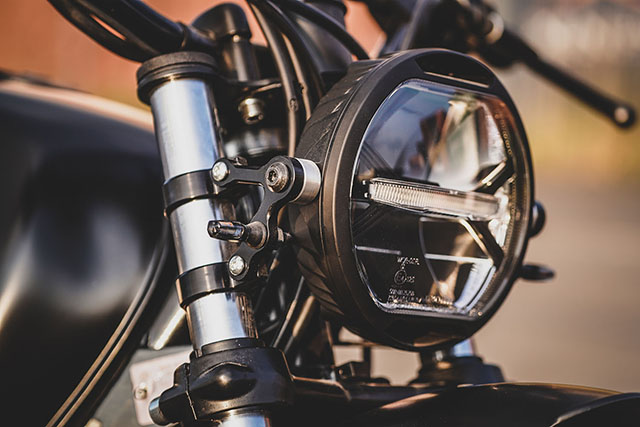 It’s definitely not the most performance-driven scrambler build we’ve seen, but it definitely stands out with its stealthy city scrambler vibe. The high-mounted front-fender, under-seat pipes, murdered out livery, and modern lighting all give this all-German scrambler a very unique flavor. And if you like what Kingston is cooking, you’re in luck. 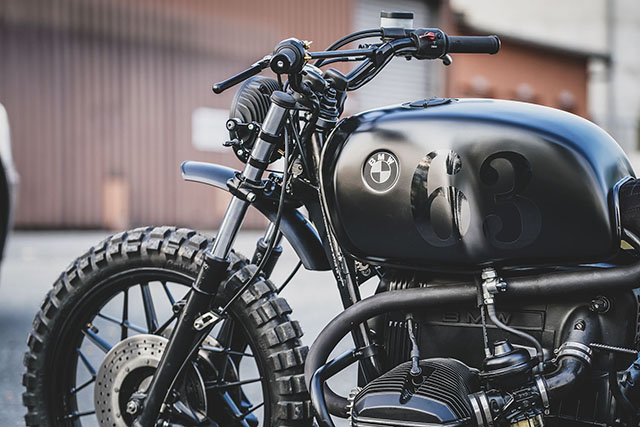 Instead of simply building the various one-off parts needed to piece together the full-faired tourer-turned scrambler, Oehlerking, took things one step further. The project served as a prototype for a frame kit where the battery box has to be hacked off, but the rest bolts directly on. The kit includes the rear shock, swing-arm (including the Cardan shaft), seat, and subframe which bolts directly onto an R75, R80, or R100. Kingston says it will announce pricing info and the release date in the coming weeks. 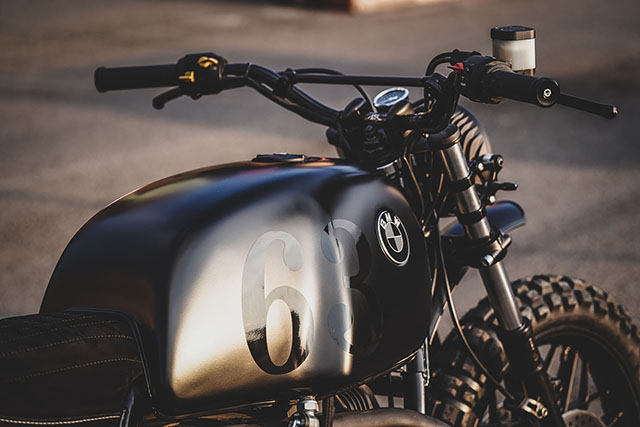 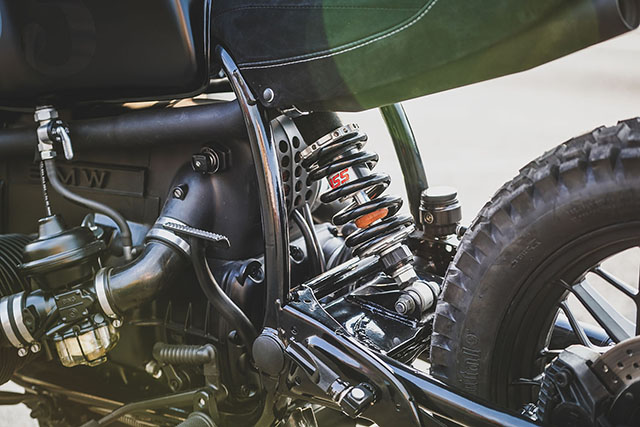 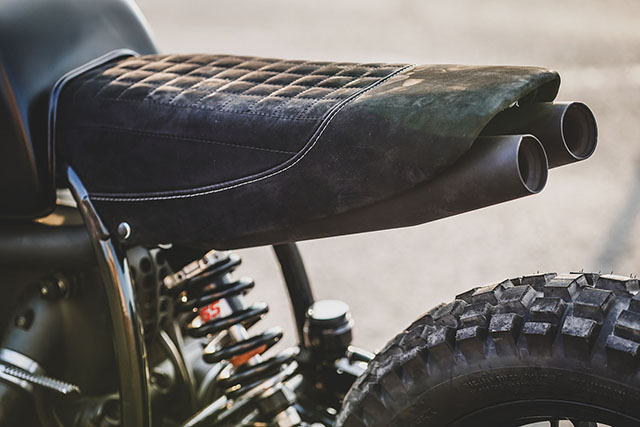 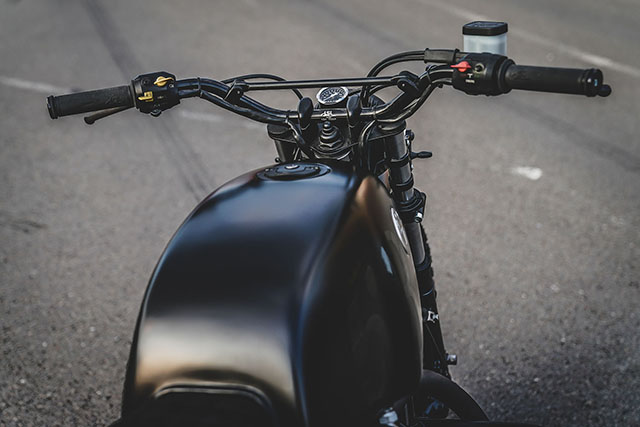 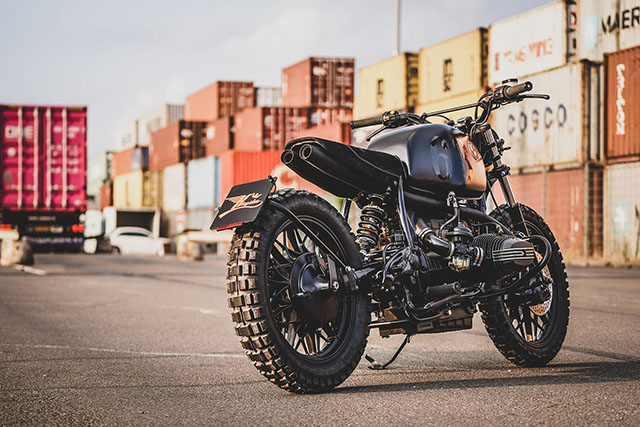 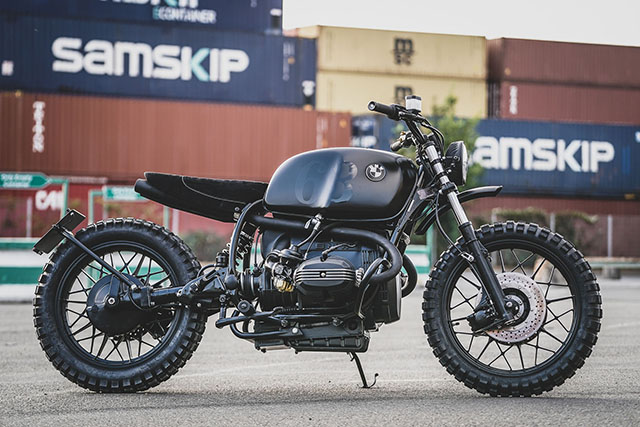 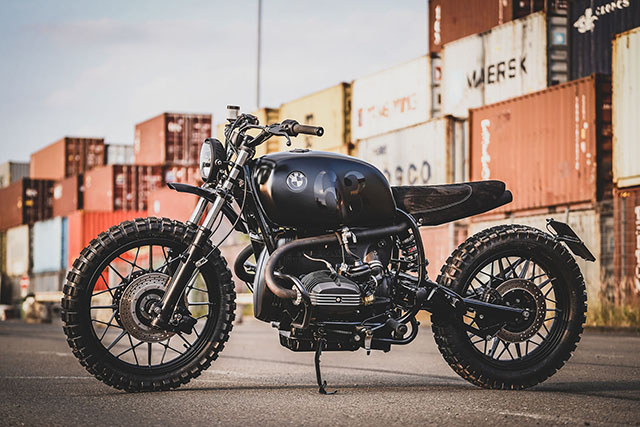 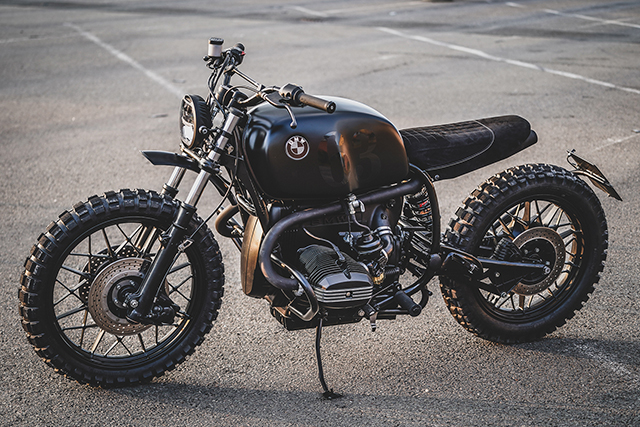 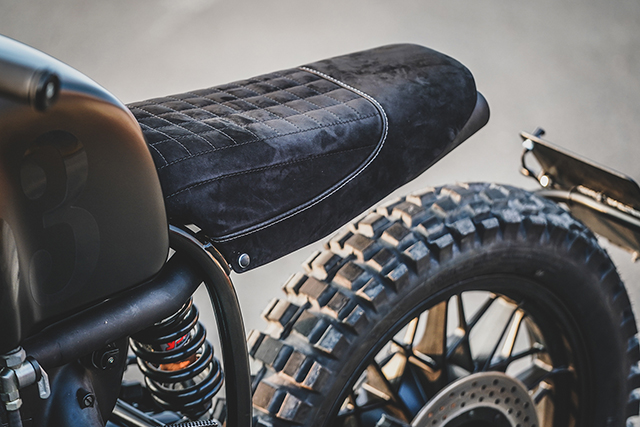 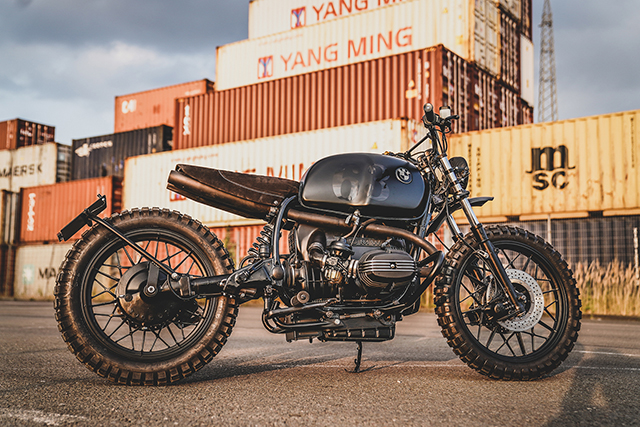