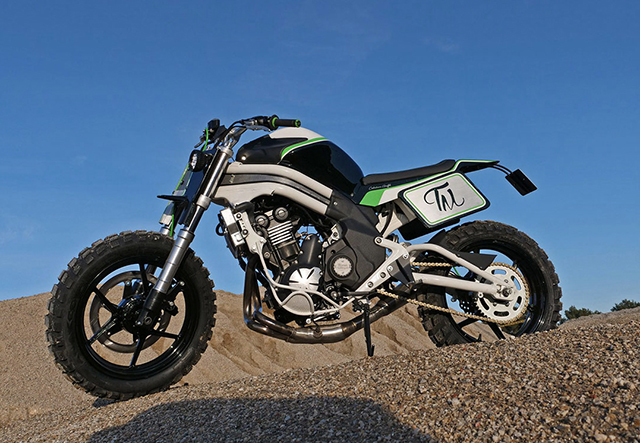 Since its release in the mid-2000s, Kawasaki’s ER-6N or Ninja 650, has been a go-to choice for riders seeking a practical, no-frills, mid-sized commuter bike. Its popularity, however, has a lot more to do with its reliable and economical nature than it does its relatively unremarkable appearance. So, with a stellar twin at its core, a well-designed chassis, and generally capable running gear, France’s Taverne Motorcycle Garage set out to give the ER-6N a visual redesign with as much character as its lively mid-sized twin. 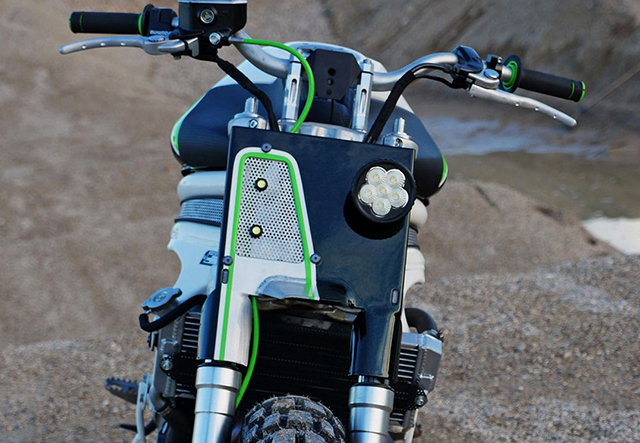 The Kawasaki’s front-end was binned to make room for a fork off a Daytona 955i with refreshed internals, and a single Beringer disc setup complete with a custom rotor. The radiator was also upgraded, and the exhaust now culminates in a stainless steel GP-style silencer from SC-Project.

The factory subframe and seat were lopped off and replaced with a new one-off unit made to support the tail section while doubling as the battery and electronics housing underneath. Next, the shop cooked up a handmade tracker tail section before welding number plates to the sides. Furthering the dirt tracker aesthetic is a front number plate and beak combo with the main circular LED lamp, offset, protruding from the board alongside a pair of embedded stacked mini-LED running lights. 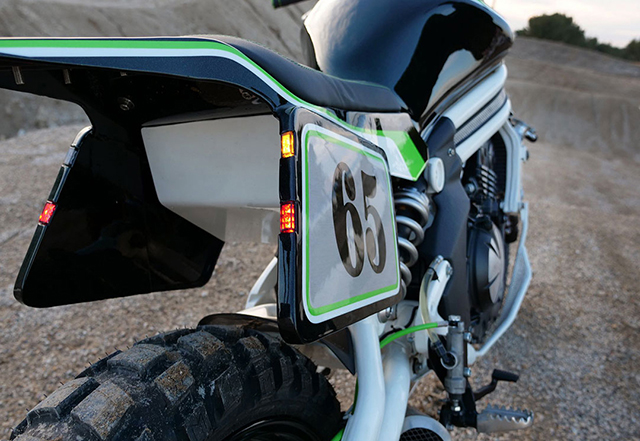 One-off bash-guards for the parallel-twin were also produced in house, and a set of mesh inserts is nestled in the gaps of the 650’s tubular frame. A custom license plate bracket hangs over the rear wheel, and the stock foot brackets were modified and now accommodate a pair of MX-style pegs.

With all the pieces of the puzzle in place, the build was disassembled and readied for painting. The chassis, subframe, crash protection, and swing-arm were powder-coated in white and the stock rims got a coat of dark sparkle metallic green. That same metallic green acts as the base layer for the build’s primary color scheme, over layered with white, silver, and neon green accent lines. An effort was made to keep the build fully-street legal without having to make visual compromises. So, the shop painstakingly ran individual brake/tail light and turn signals into the back of both number plates. And with smoked lenses, the flush micro-LEDs blend into the dark green paint and are nearly invisible if not lit up. Out front, the custom number plate’s received the same treatment, with a pair of sunken LED’s acting as the front signals. 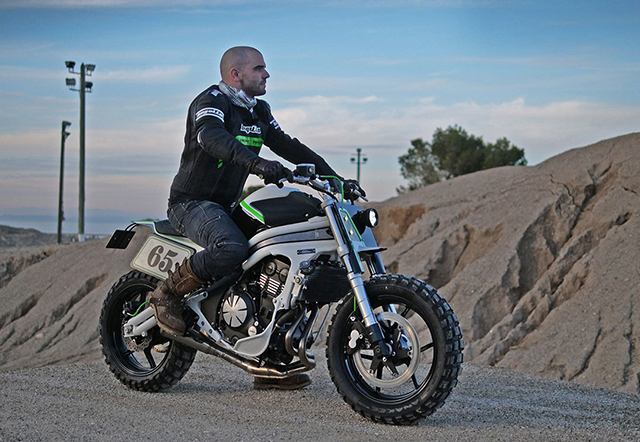 The top portion of the tank cover is adorned in a bra of sorts, made from the same perforated leather used on the ER-6N’s one-off saddle. The same leather covers are also used on the frame’s lower side-covers, offering matte sections to juxtapose the flashy paint. Other finishing touches included a mini Koso rev-counter, green hoses and brake lines, modified levers, Domino grips, and the mounting of Michelin Anakee Wild tires. 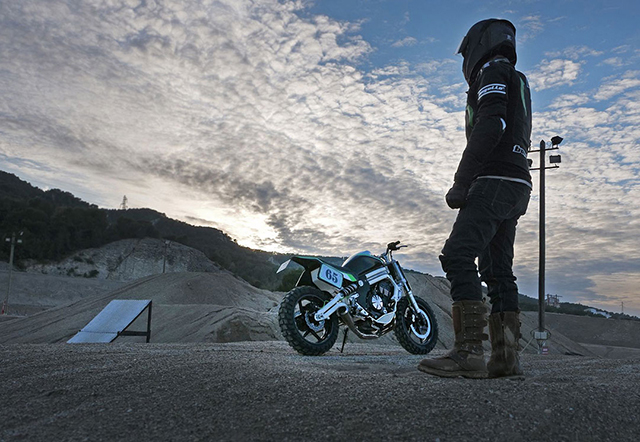 Overall Taverne has done an ace job of delivering a solid build with a tight, cohesive visual theme. And, while it might be more street tracker than flat tracker, it’s hard to deny it’s a hellovalot more appealing to the eye than the 2012 stocker.