Sometimes we revive old motorcycles, and sometimes they revive us. Every April for the last 6 years, Revival Cycles plays host to a moto gathering that quite literally brings one back to life. Scorn from long winters of blizzards, cars not starting, and frozen nether-regions, it’s the exact type of event to put fuel in our tanks, and melt the icicles off our dipstick. Let me tell you – this year’s show was no exception. 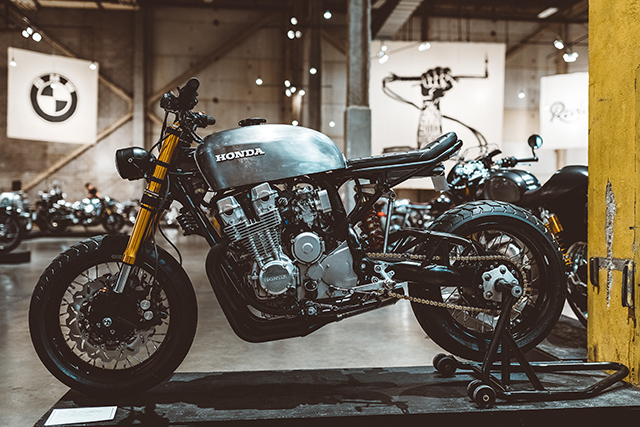 The 747 steel bird touched down in the 28th state mid afternoon Thursday. After a quick check in at the hotel, and a not-so-quick check in at the hotel bar – we were off to the Handbuilt kickstart party. Were we reading this right… it was taking place at a castle?? The Revival crew had locked down a legitimate CASTLE for the night’s festivities. Built in 1860 for the Texas Military academy,  it was purchased and restored by a fellow moto nut/ friend of the Revival crew, and he was gracious enough to have us for the night. With the hot Texas sun beating down on our backs, we walked up the cobblestone driveway and were immediately greeted by our first glimpse of “The Birdcage”. After a few oohs and ahhs and obligatory social media posts, we bee-lined to the open bar, and enjoyed expertly crafted cocktails by a local bar Revival had employed. As the sun went down and we enjoyed a view from the highest point in the city, we chalked up our first night to a tremendous success. 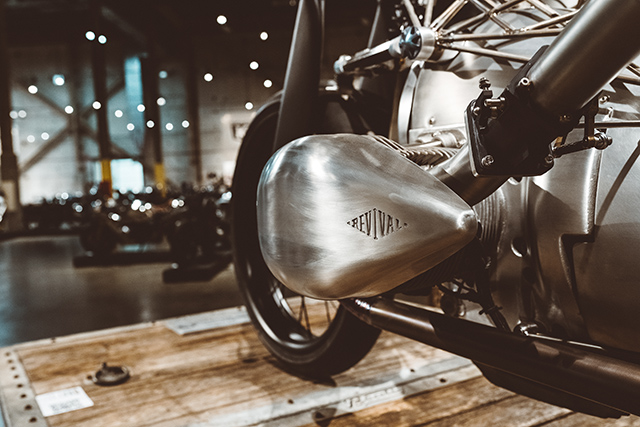 Day 1
Opening day of the show! Two cups of Folgers deep, and off we went in a shuttle speeding towards Revival Cycles HQ.  Alan and the gang were gracious enough to have us by for a truly inspiring shop tour and pep talk about their latest build; “The Birdcage” (read all about it here), and then off to the show! For the second year in a row, Handbuilt was held in the former Austin American Statesman warehouse. The 35,000 square ft Statesman housed more than 140 custom motorcycles this year, from some of the top builders all over the world. As we walked up to grand front entrance, the familiar scent of burnt rubber and food truck tacos danced in the air. 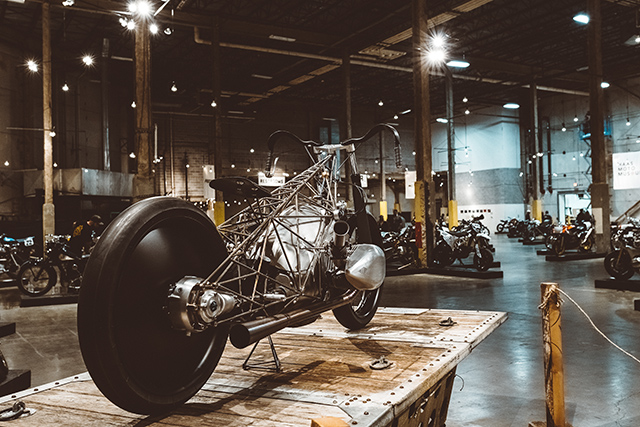 Once inside, our eyes lit up – under the 40 foot tall hand painted show banner were bikes as far as the eye could see. An astounding mix of bikes fit for the track, bikes fit for bouncing from bar to bar, big budget builds, single car garage builds, and everything in between. Revival’s showing – “The Birdcage” was situated in the back left corner and was drawing crowds that snaked through the show. The bikes could not have been more appropriately placed, a stone’s throw away from the beer garden. By the 5th or 6th Lone Star in, we knew we there was no way we could take it all in in one night. We reluctantly retired to our quarters, anxiously awaiting day 2 of the spectacle. 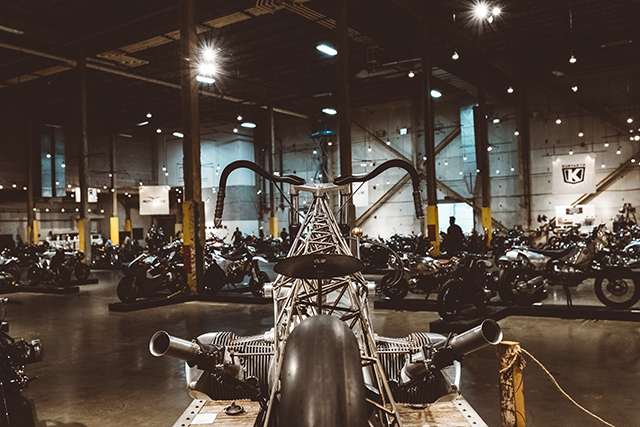 Day 2
No rooster needed – we awoke to the sound of screeching tires in the distance and immediately knew the Indian Motorcycles Hooligan race practice must be underway. In previous years, a dirt flat track course had been created – but this year, it was pay to play. An asphalt parking lot track was constructed, and everyone from your favourite pros to the “run what ya brung” class participated. The crowd was treated to a smoky display of skill and showboating, the winners awarded with a custom Dunlop tire trophy. Once the dust settled, the day saw hordes of people from all walks of life trickle in and out, experiencing a window into this incredible cross-section of bike culture. The day faded into night, and a special viewing of Gareth Maxwell Roberts “Oil in the blood” was projected onto the walls, the perfect nightcap to a sensational day. 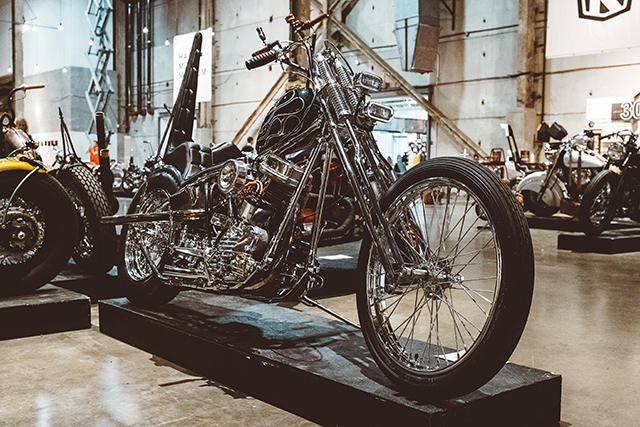 In talking to Revival founder Alan Stulberg one thing truly stuck out – his mention of seeing kids come to the show the first and second year they hosted, having never held a grinder in their lives, and now having their very own custom bike in the show, makes it all worthwhile. Huge thanks and congrats to the Revival crew on their 6th year, here’s to 60 more. Cheers. 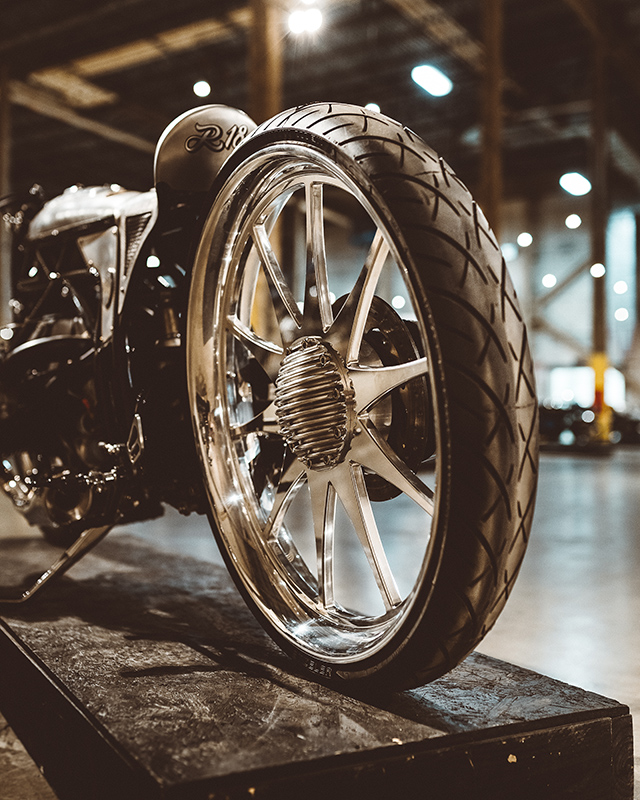 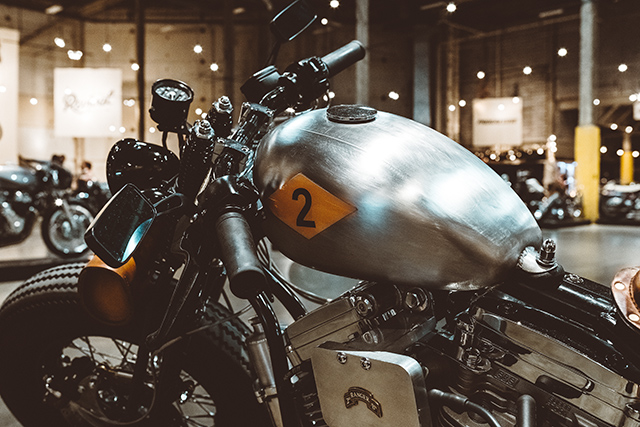 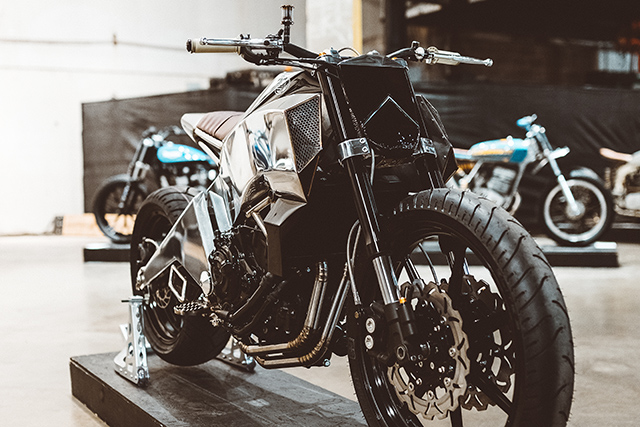 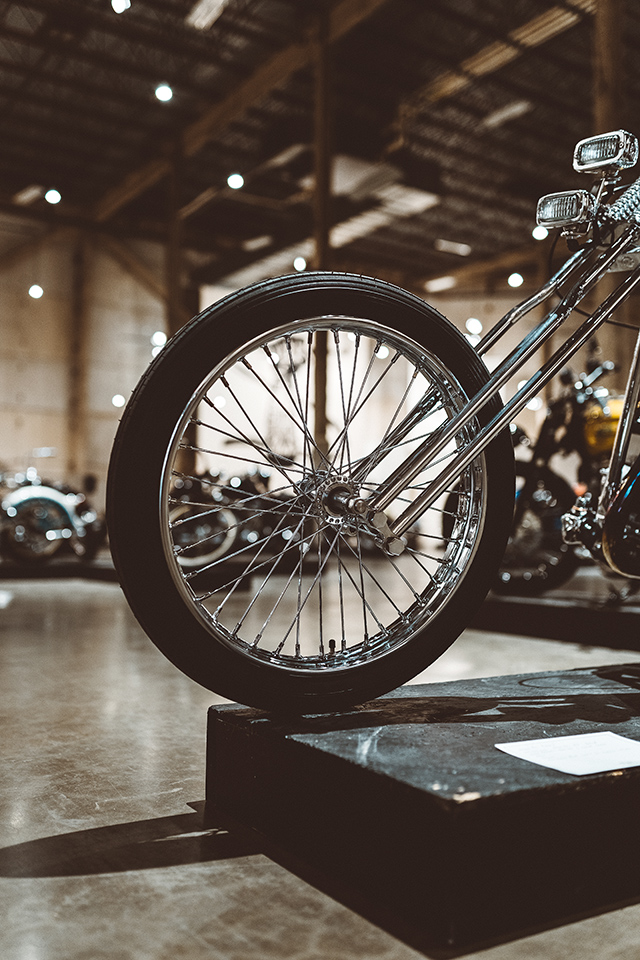 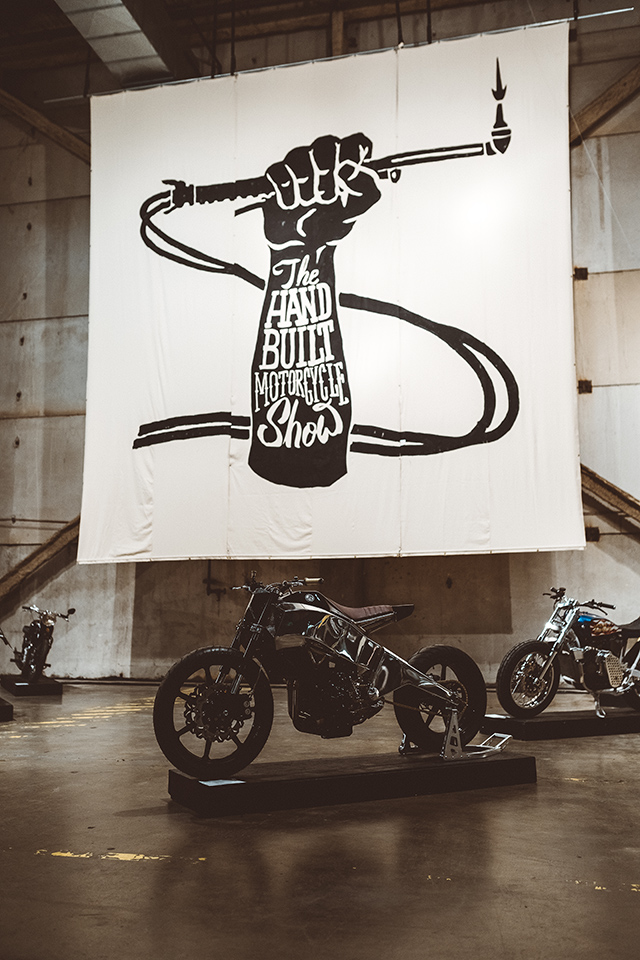 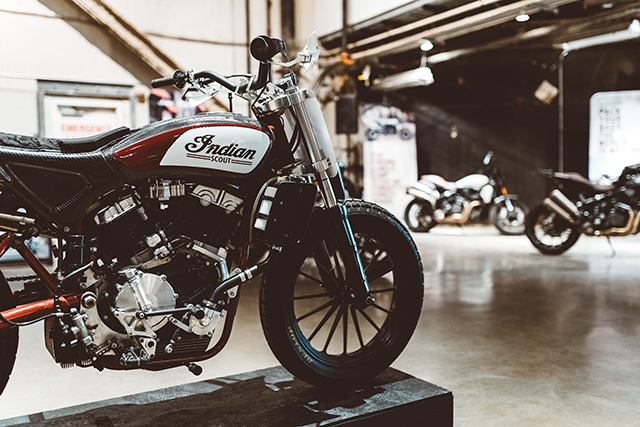 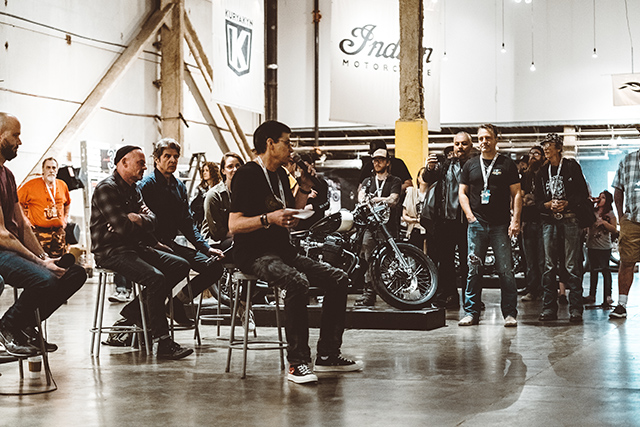 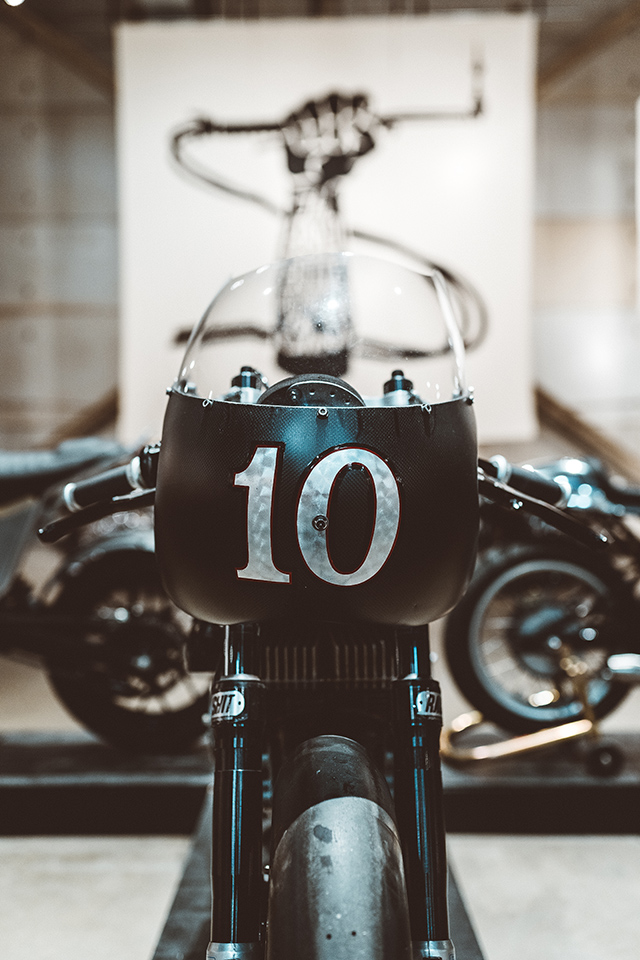 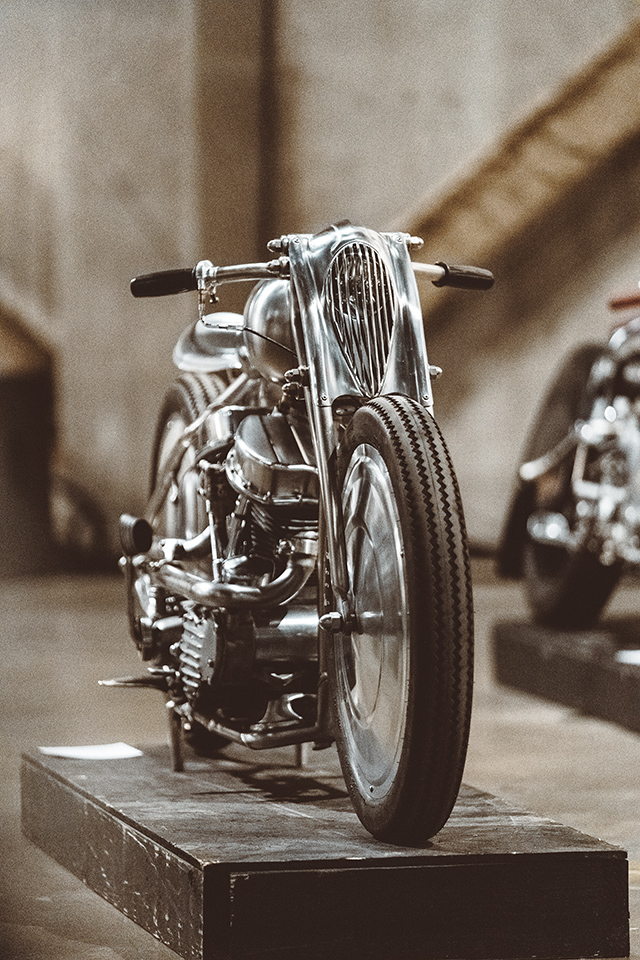 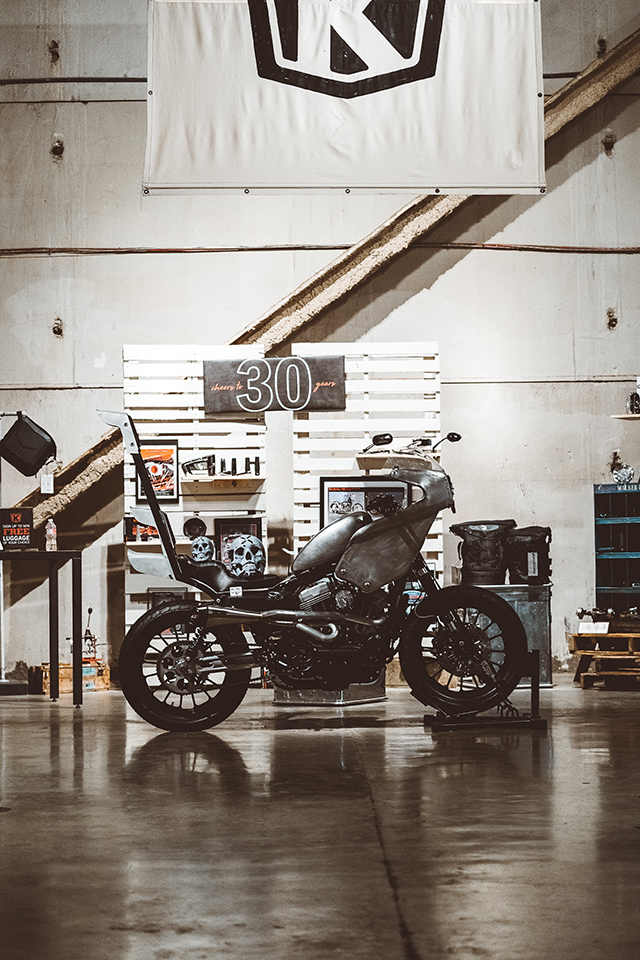 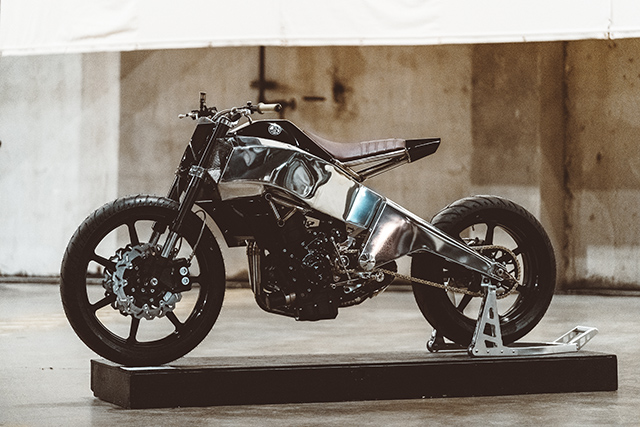 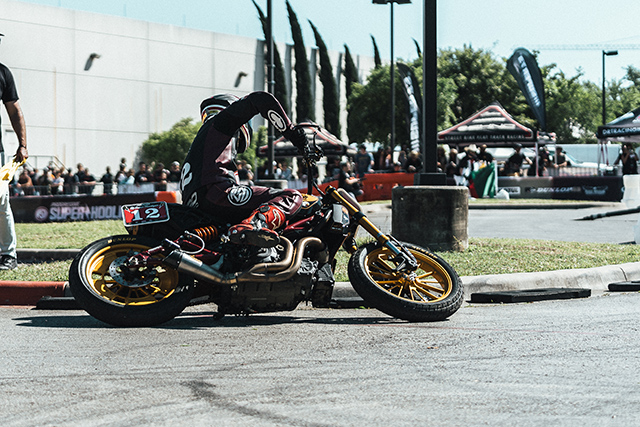 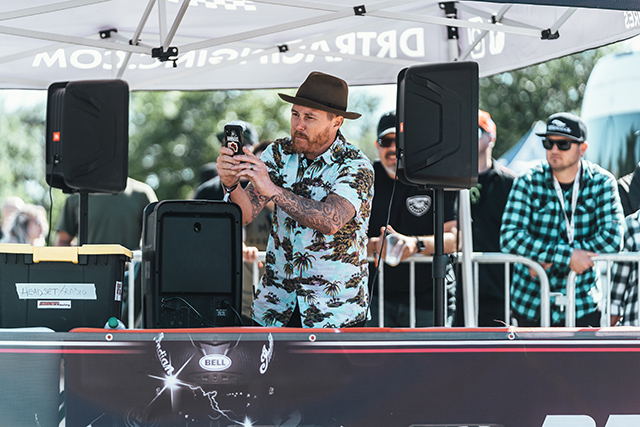 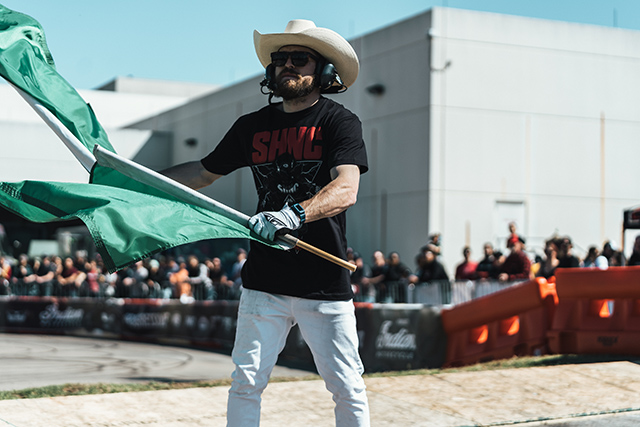 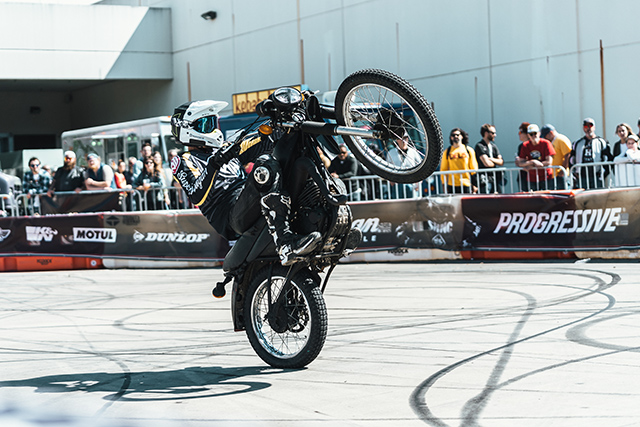 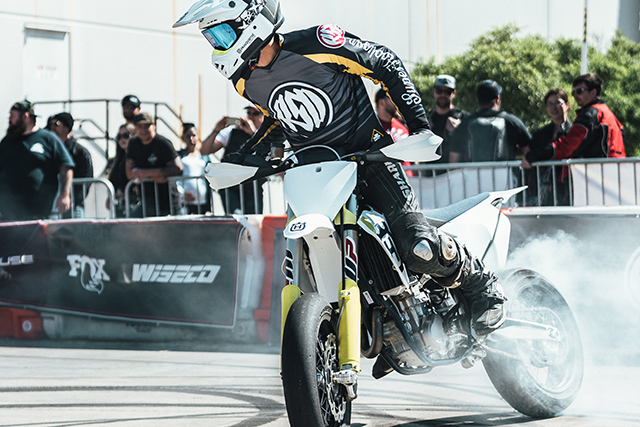 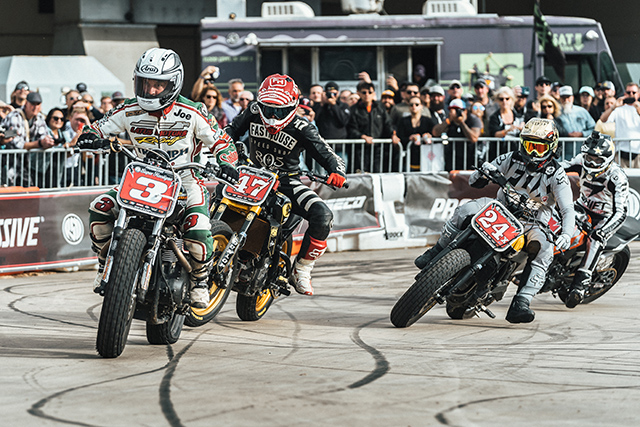 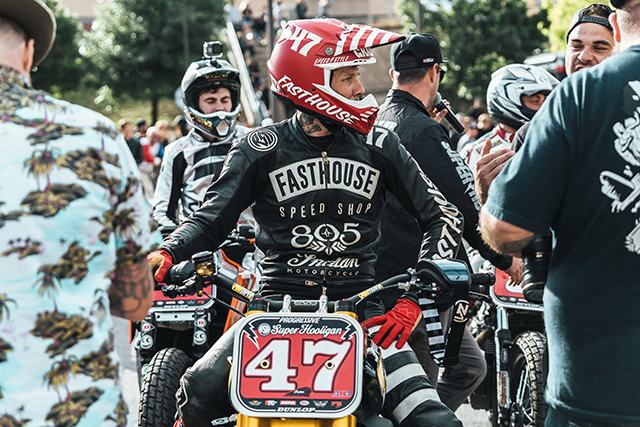 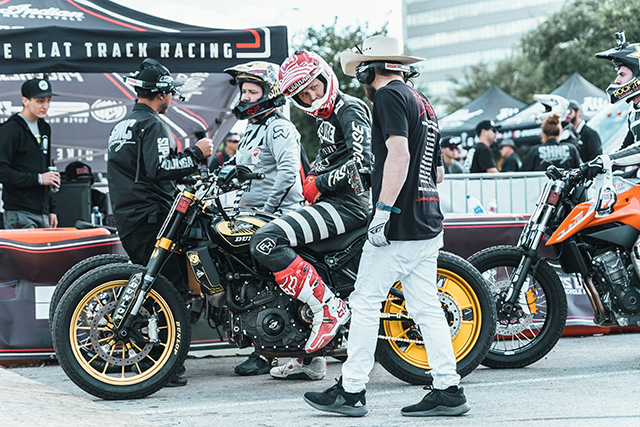 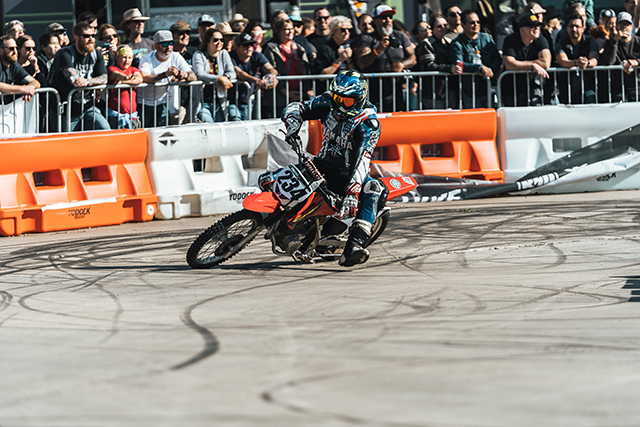 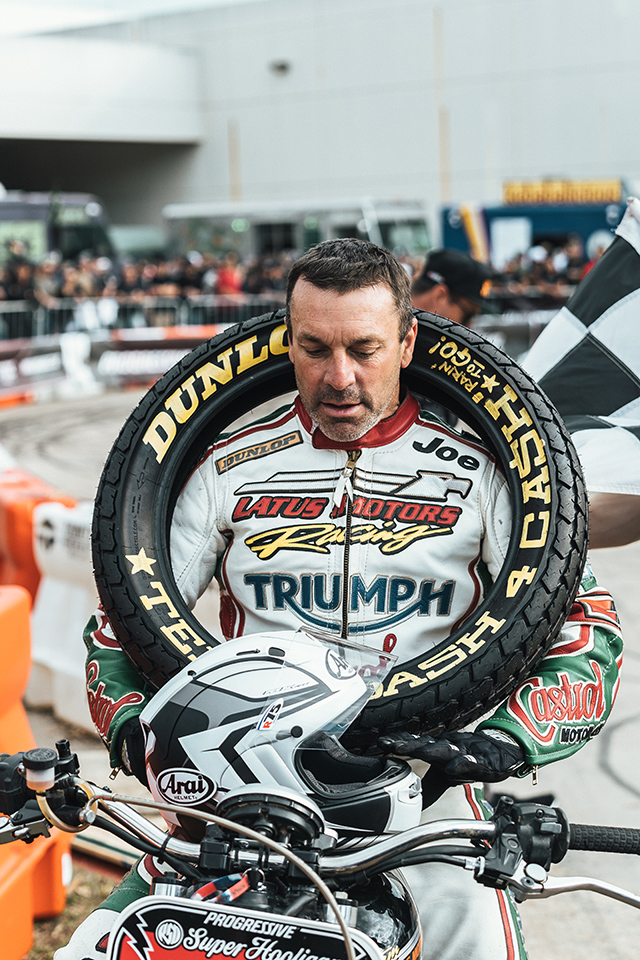