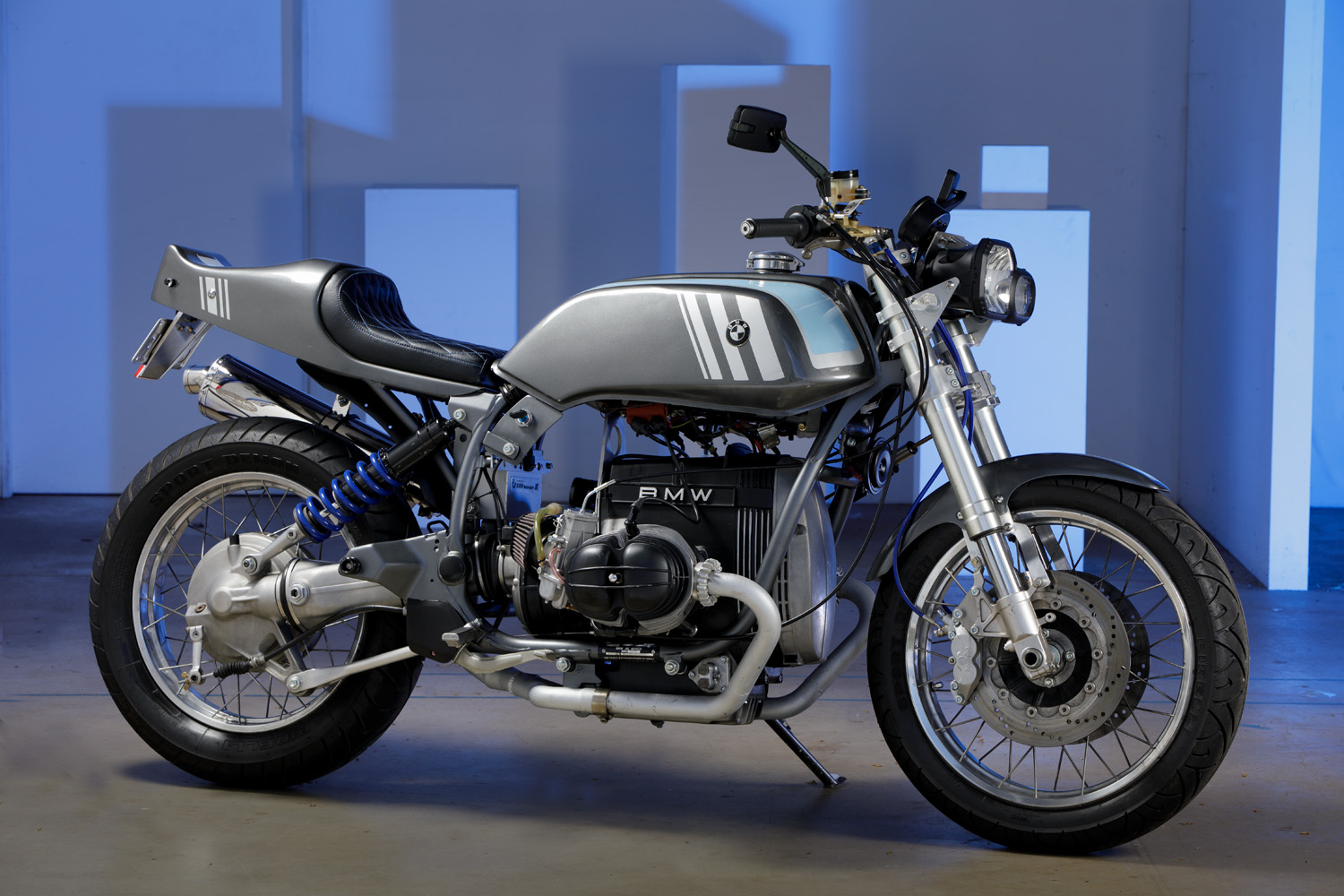 ‘Bitsa’ was originally British slang for a mongrel, a mutt, a mixed-bred. It soon made its way into motorcycle culture – referring to motorcycles that were built from ‘bits of this and bits of that’ from other brands of bikes. Today’s feature bike is no pure-bred, but as is often the case with bitsas, it happened organically. When professional photographer John Downs was looking for a new project, he came across a 1995 R100R for sale which was completely in pieces and missing many vital parts. While most of us would have been overwhelmed with such a project, John saw the potential in creating something completely unique from the ground up.

Luckily, John isn’t only handy with a camera but also with airhead engines, having raced and built them for decades. “I’ve stripped the engines countless times and know my way around them pretty well,” he tells us. “I came across the basics of this bike at the BMW shop in Brisbane. It was most of a 1995 R100R Mystic. I ended up buying the frame, paralever swing arm, wheels, engine and gearbox. It was missing forks, lights, the tank and the seat.”

Not being a complete BMW purist, he wanted to build this bike with increased handling in mind, so John started looking for suitable front forks. He originally purchased a set of Hyosung GT 650 USD forks. “After a closer inspection of the internals it showed they were not well made and the 14mm front axle was way too small for a 1000cc bike.”

John eventually found a set of 2003 Suzuki GSXR750 USD front forks, and as luck would have it, they fit the Hyosung triple trees almost perfectly. More luck intervened when it turned out that the triple trees fit the BMW frame, with just one bearing needing to be swapped.

The brakes were also upgraded, using twin 285mm BMW rotors with four-piston Brembo calipers from a Ducati M900 Monster on the original 18-inch spoked rim. The stock master cylinder has also been swapped for a Brembo unit.

At the rear, John made a subframe that is much lighter and less obtrusive than the original one was. The new subframe is hidden behind the rear shock – which opens up the back end and places the monoshock centre stage.

To give the bike a 70s superbike silhouette, John used a seat from a Suzuki TR750 two-stroke triple racer. Also adding to this mixed-bred Beemer, he fitted a tank from a Honda CB900. “It’s one of the few tanks long enough to reach from the headstock to the seat rails. It also has plenty of space underneath. I tried a CX500 tank which fitted but didn’t have the look I was after.”

The engine had seen better days, which was fine with John. This meant he could breathe some new life into the neglected airhead. “It was down to its last nut and bolt, so I gave it a refresh with new bearings, rings, guides and valves etc. I also had the heads skimmed to increase compression. Twin plugs were also fitted – that’s the easiest way to get a decent power increase from a late model airhead.”

After sorting out the engine, John made the headers from some mandrel bent pipe he sourced from the local car exhaust shop. “The Delkevic silencer keeps it down to 92db. Hopefully it won’t draw the wrong kind of attention,” he says with a smile.

Racing airheads on the track gave him the knowledge to do some other upgrades to increase the handling of this R100. “The frame has one bracing plate that I added after experience on my race bike showed that the frame needed some help with stiffness around the gearbox area. It is bolted from the gearbox to a plate on the frame main spine. This stops the engine twisting the frame as the shaft applies torque to the rear wheel.”

To finish the bike off, John sent the seat to be upholstered and given blue diamond stitching by John Moorehouse Ergo Seats. “I did almost everything on the bike except paint the frame, which was done in 2-pack semi-matt silver by Mark Hayward, and I didn’t upholster the seat.”

Just like most mongrels, this R100 isn’t the prettiest to adorn these digital pages, but what it lacks in looks, it makes up for in performance. “It handles even better than I expected,” John says proudly. “It’s far more stable than any other BMW I’ve ridden. And I’ve ridden a few.”

[ Photography by John Downs with permission from Retrobike Magazine ]