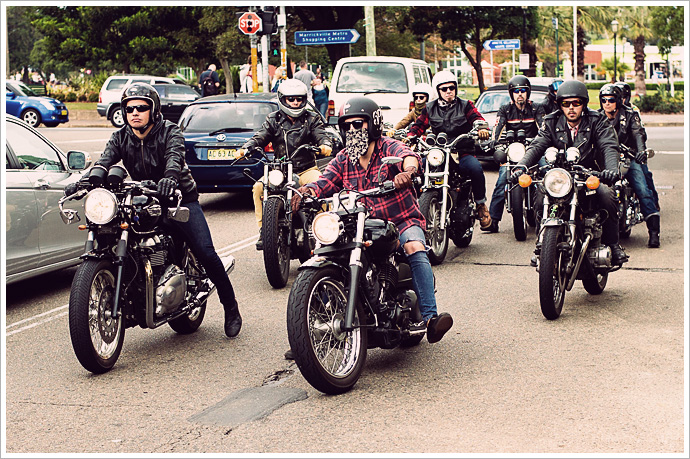 So the hangovers have finally passed and all the custom bikes have all been ridden home or taken back on their trailers. But the talk is still going about what a great event Throttle Roll turned out to be. We are super proud of our friends Mark Hawwa and Jordon Kightly for taking a punt on such a large scale event – and it looks like it paid off. Not that they made much money out of it, because it was free. Yes, free! With over 3500 (motorcycle enthusiasts, families, hipsters and dogs) people attending the event across the day, the streets of Enmore were filled with the likes of Bobbers, Classics and Café Racers. Traffic clogged up as bikes where parked left right and centre. The ‘No Parking’ signs were covered so the footpaths were littered with stunning bikes – the way it should be.

The motorcycle show covered 3 streets and that was before anyone had made it inside. It felt like a carnival of a Rio street party level. Once inside the venue, 60 of Australia’s best where displayed in this urban jungle of a motorcycle show. Featuring never before seen bikes from the likes of RB Racing, Mean Machines, Red Star Garage, Rene9ade Custom Motorcycles, Rocker Classic Motorcycles, Deus, Shed-X, Evolution Custom Industries and Desmoclinic just to name a few. Plus 12 hours of vintage inspired entertainment by the Snow Droppers, Wes Pudsey & The Sonic Aces and the Cope Street Parade.

There is already bigger plans for Throttle Roll 2014, and we can’t friggin’ wait. A rather amazing Honda CBX