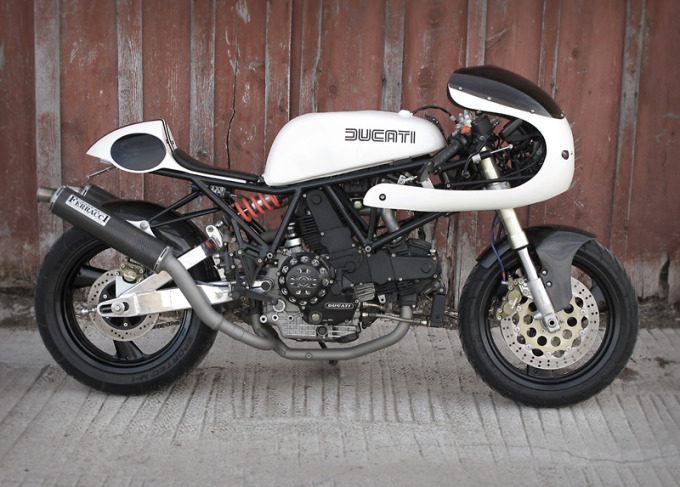 With the year coming to an end we thought it’d be cool to look back at this years most popular posts. They are definitely an eclectic bunch – but we would love to find any of them in our garage at Christmas. You may be wondering how they were selected. It came down to two factors. Firstly, the number of comments the bike received and secondly the amount of traffic the articles had achieved over the year. Obviously the older stories have an advantage but some of the newest posts actually placed in the higher rankings. Anyway let’s get to it. Drum roll please…

10. Ducati 900
This beautiful Ducati 900ss was built in a barn in Idaho by the talented guys at Union Motorcycles. It just scraped into number 10 spot, not because it received a lot of comments but due to the fact it’s still one of the most viewed bikes on Pipeburn. 9. Yamaha XS650 Bobber
Everyone loves a good story, and this was an inspiring one. This XS650 Bobber was built by a young man who didn’t even have his motorcycle license – it got a lot of comments and most of them were positive. If you haven’t read the article then just hit the link. 8. Honda CB450 Cafe Racer
In eighth place we have this stunning CB450. I almost didn’t post this bike due to the large number CB’s I had previously featured. Built by Kevin Dinsmoor, using mostly BCR products this cafe racer receive lots of positive comments – and that’s just what we like. You can view more photos here. 7. Icon Snakecharmer.
Lucky number seven was taken out by Icons rough and ready cafe racer named the Snakecharmer. Icon’s bikes always always get the comments rolling in, and this one was no different. 6. Honda CB450 Bobber
Next we have Scott Halbleib’s Gravel Crew inspired 1971 CB450 bobber. Although we featured it almost 6 months ago it still gets loads of attention. 5. 1959 Tri2on Cafe Racer.
What can i say? A twin-engined Triton was always going to make some noise. This 1298cc Tri2ton Cafe Racer was not only popular on Pipeburn, but it also took out Classic Bike Magazine’s Bike of the Year. 4. Pulse Jet Bicycle
So technically it’s not a motorcycle but this Jet bike not only stops traffic, it also receives a lot of traffic. Built by inventor Robert Maddox, this is one bicycle I would like to see Lance Armstrong ride – he may need to swap his lycra shorts for some leather. To see the World’s Fastest Bicycle in action you can view the video in the original post. 3. Rat Bobber
This one will certainly raise a few eyebrows, especially coming in at number three. Jed’s Harley Rat Bobber received loads of comments – both positive and negative. A bike like this will never be to everyones taste, but I’m sure Jed wouldn’t have it any other way. Special mention to Andrew for taking some great photographs in his apartment’s underground car park own personal studio. Check out all the photographs and full article here. 2. Moto Guzzi Boardtracker.
The number two spot was given to the 20 year old Swedish prodigy, Adam Nestor. This bike caused a commotion across pretty much all of the continents; not only due to the fact it was built by someone barely out of school, but also because it’s just so friggin’ cool. 1. Honda CB360
Number one spot goes to Peter Cabral’s CB360. Not only does it still receive a lot of comments, it’s simply a stunning cafe racer. Having posted a lot of great CB’s this year, it’s probably no surprise that a couple made it in the top 10. But credit where credit is due, this is one outstanding little bike. Ironically, the most popular post of 2010 didn’t even feature a bike – it was our poll on filtering. It soon became clear this was a topic everyone was very passionate about and it officially holds the record for the most comments on Pipeburn. We were seriously blown away by the response and it was great to see our readers from all around the world sharing their local experiences. Stay tuned for more Pipeburn polls in the coming months.